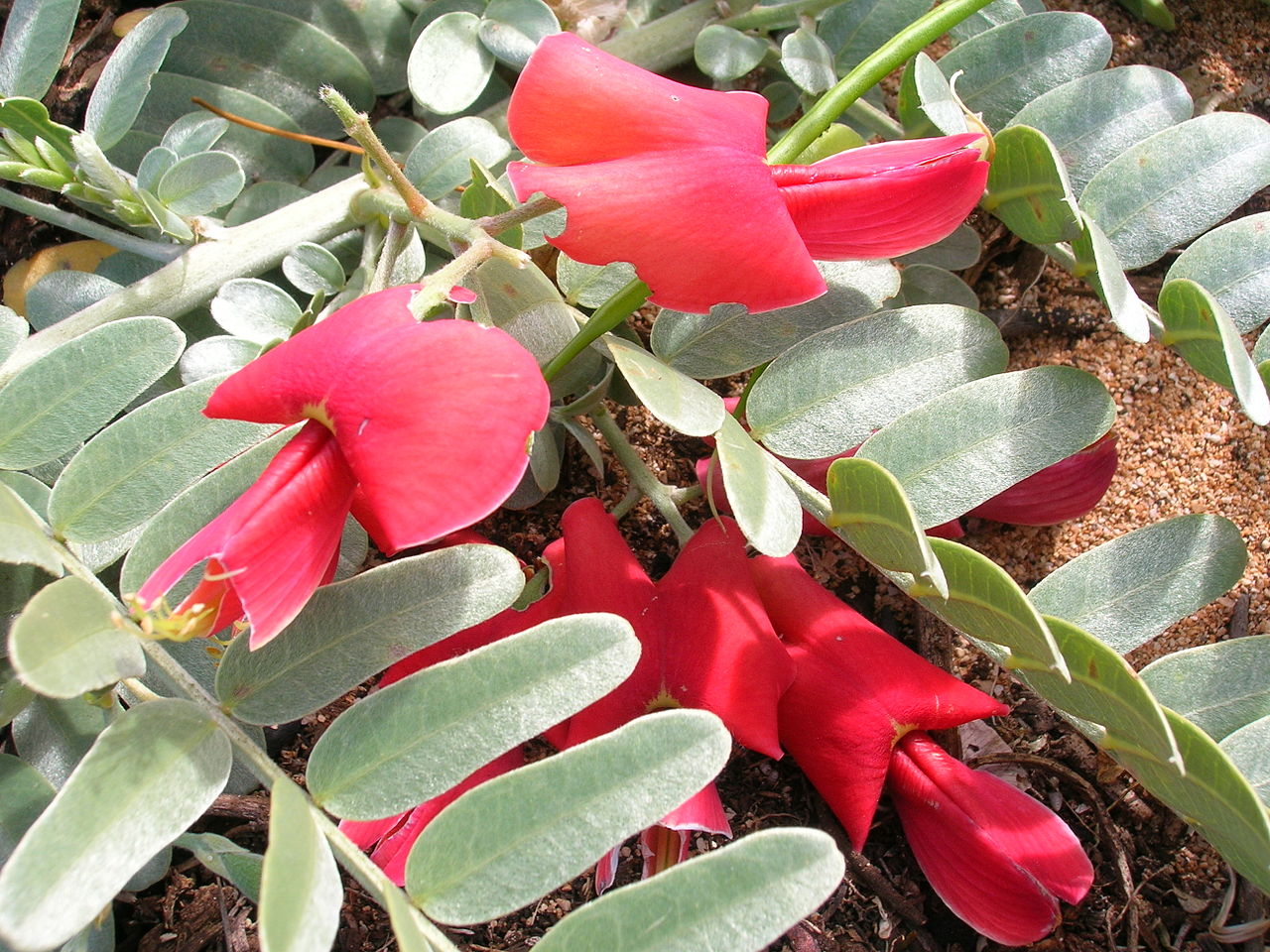 Conservation efforts have focused on addressing the identified threats to persistence of Sesbania tomentosa populations. On O'ahu, rock barriers were constructed to protect individuals from off-road vehicle traffic. Fences have been erected to eliminate the effects of grazing and seed predation by deer and rats. Control of rodents within these populations has allowed for natural seedling germination and increased rates of seedling survival. Weed removal is also carried out to decrease competition for resources by introduced species. Out-planting of plants into suitable habitat is being carried out to establish additional `Ohai populations.

The flowers and seeds are used in crafting beautiful Hawaiian leis.
The large striking flowers of `Ohai in a range of colors makes this species suitable for ornamental use, particularly in coastal gardens that are exposed to trade winds, sea spray and intense sunlight as it is tolerant of all these environmental conditions. In cultivation `Ohai is, however, susceptible to seed predation by an introduced weevil species and mortality through root nematodes.

(McDonald, M. A. 1989. Ka Lei; the leis of Hawaii. Ku Pa`a and Press Pacifica, Honolulu, HI.)
(Staples, G. W. and D. R. Herbst. 2005. A Tropical Garden Flora: Plants cultivated in the Hawaiian Islands and other tropical places. Bishop Museum Press, Honolulu, Hawai`i.)
`Ohai is found in small populations in coastal strand vegetation, soil pockets on lava flows, and on pond margins on the main Hawaiian Islands and on Necker and Nihoa in the Northwestern Hawaiian Islands at elevations between 0 and 540m. This species was once widespread in low elevation, dry habitats on all of the main Hawaiian Islands, however, conversion of lowland habitats for human use has removed large patches of suitable habitat and resulted in the loss of a large number of `Ohai populations.
Populations on Nihoa and Necker are in the Hawaii Island National Wildlife Refuge, a population on Kaho'olawe is on a state-owned seabird sanctuary, and on Hawai`i populations are found in Hawai`i Volcanoes National Park in addition to state and private land. Single populations are known from Kaua`i and O'ahu both of which are within state owned land. On Moloka`i and Maui populations are on both state and private land and, on Maui, on a National Guard training area. Two populations of Sesbania tomentosa on Lanai were last seen in the mid-1950s.

Pollination of `Ohai flowers is carried out by native bees (Hylaeus species). Low population numbers may limit the effectiveness of these native bees as pollinators on the island of Oahu.
Threats to the persistence of Sesbania tomentosa include competition with introduced plants, grazing and trampling by introduced mammals, loss of habitat, natural disturbance including increased fire events, and human disturbance. Introduced grazing animals in Hawai`i including the axis deer (Axis axis; Cervidae), goats (Capra hircus; Bovidae), and cattle (Bos taurus; Bovidae) are a considerable threat to `Ohai populations as they trample and consuming young individuals. Seed predation by rats, such as the Ship rat (Rattus rattus; Muridae) and removal of the bark from older plants also reduces plant survival and population persistence. Introduced plants that invade Sesbania tomentosa habitat include Molasses grass (Melinis minutiflora: Poaceae), Buffelgrass (Cenchrus ciliaris; Poaceae), Kiawe (Prosopis pallida; Fabaceae) and Koa haole (Leucaena leucocephala; Fabaceae). The establishment of these introduced plants reduces germination of `Ohai seeds and may increase the risk of fire further increasing the potential for invasion by non-native species.

The Latin species name tomentosa means woolly in reference to the long hairs present on the stems and leaves of this plant. Sesbania fruit does not always split open to release the mature seeds and when the pod is dry the seeds can be heard rattling when the pod is shaken. This is the basis for the common name rattlepod which is applied to many of the non-native Sesbania species including the Egyptian rattlepod (Sesbania sesban) that is introduced in Hawai`i.
Sesbania tomentosa is the only endemic Hawaiian species in the genus and is currently listed as endangered under the US Endangered Species Act. The designation of critical habitat provides some protection for existing `Ohai populations. Twenty-seven populations have been identified on federal, state, and private land that are estimated to contain a total of 4,000-5,000 individuals.

We currently have 42 herbarium specimens for Sesbania tomentosa in our collection. Click on any specimen below to view the herbarium sheet data.