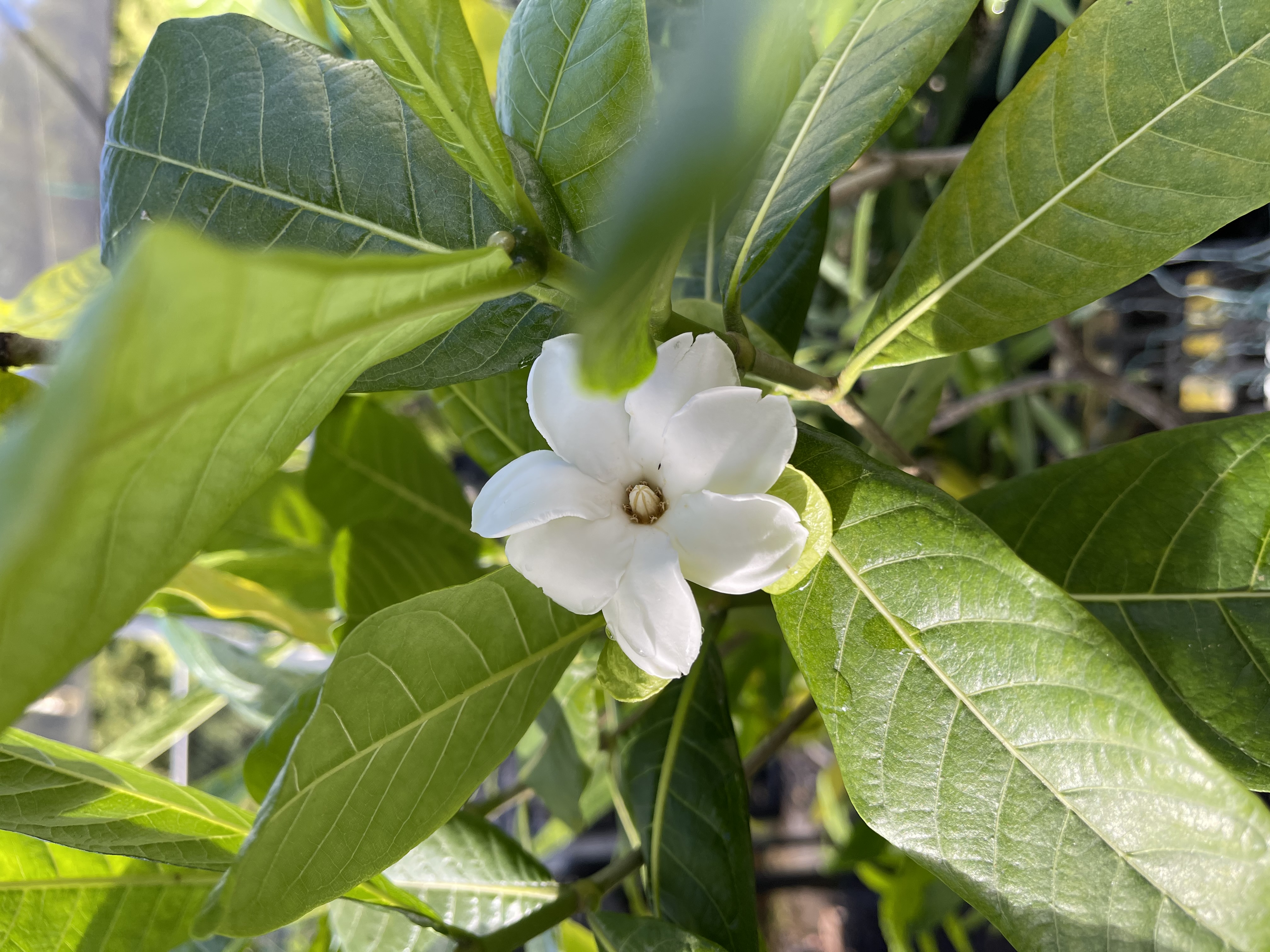 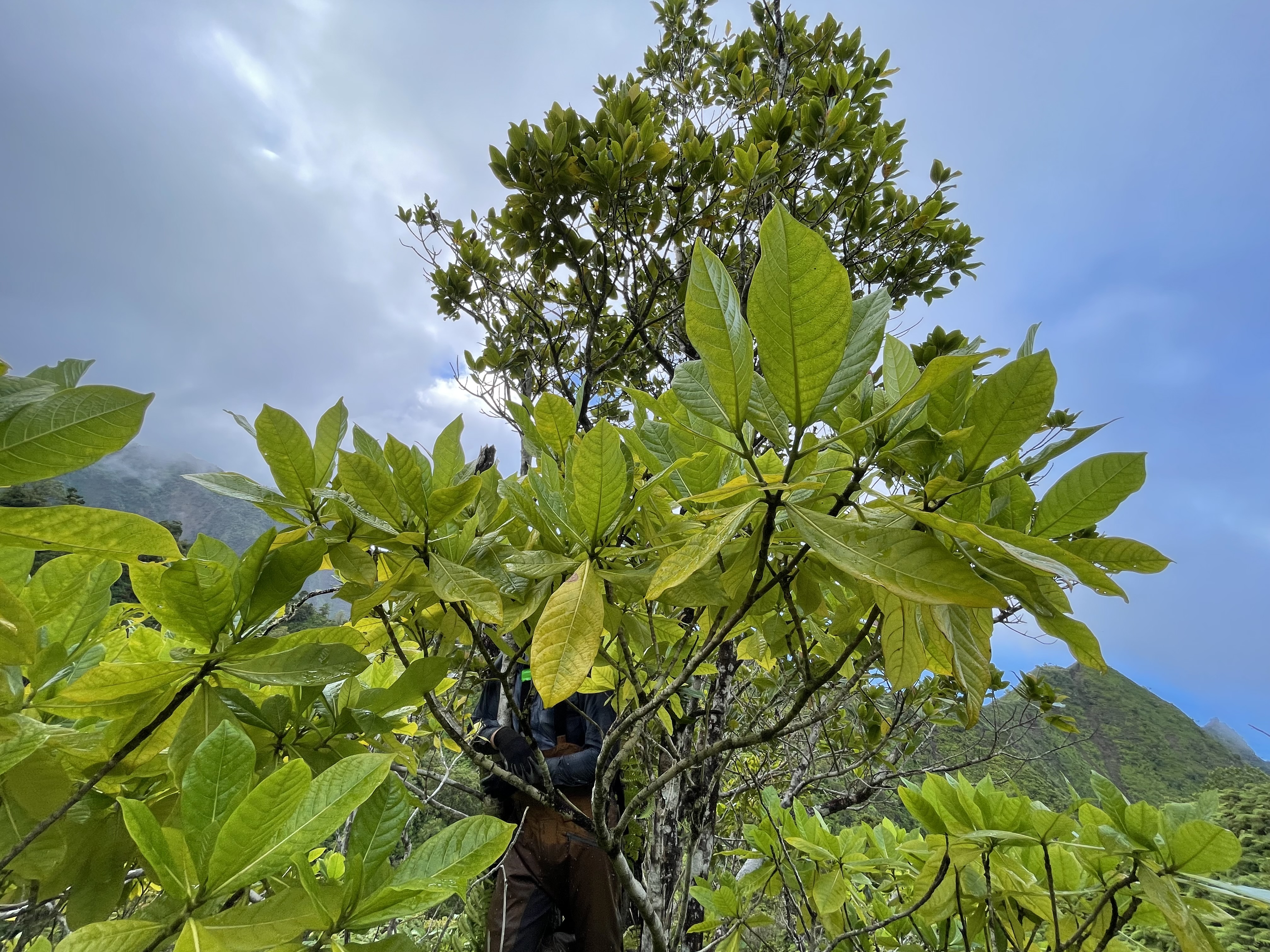 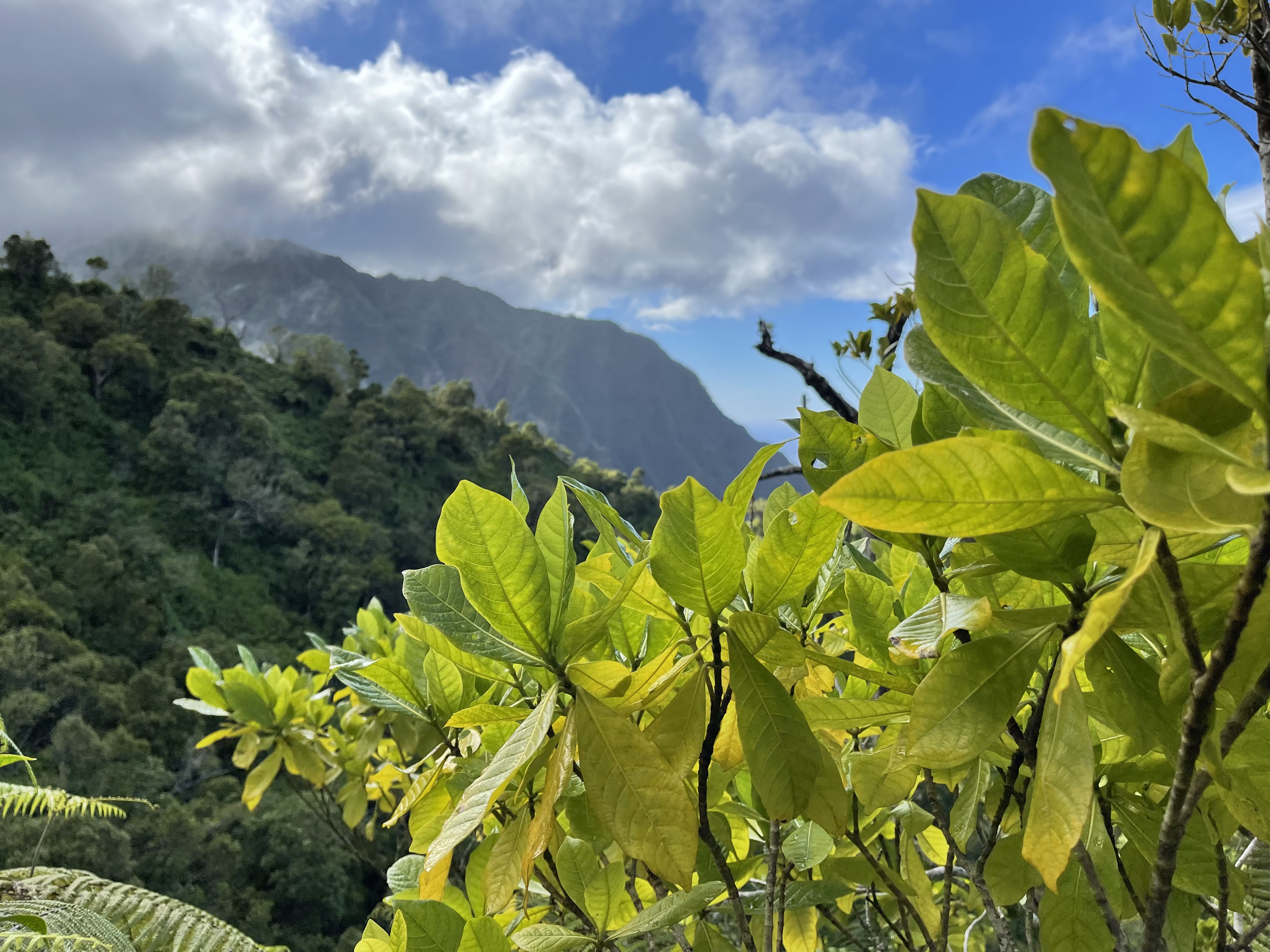 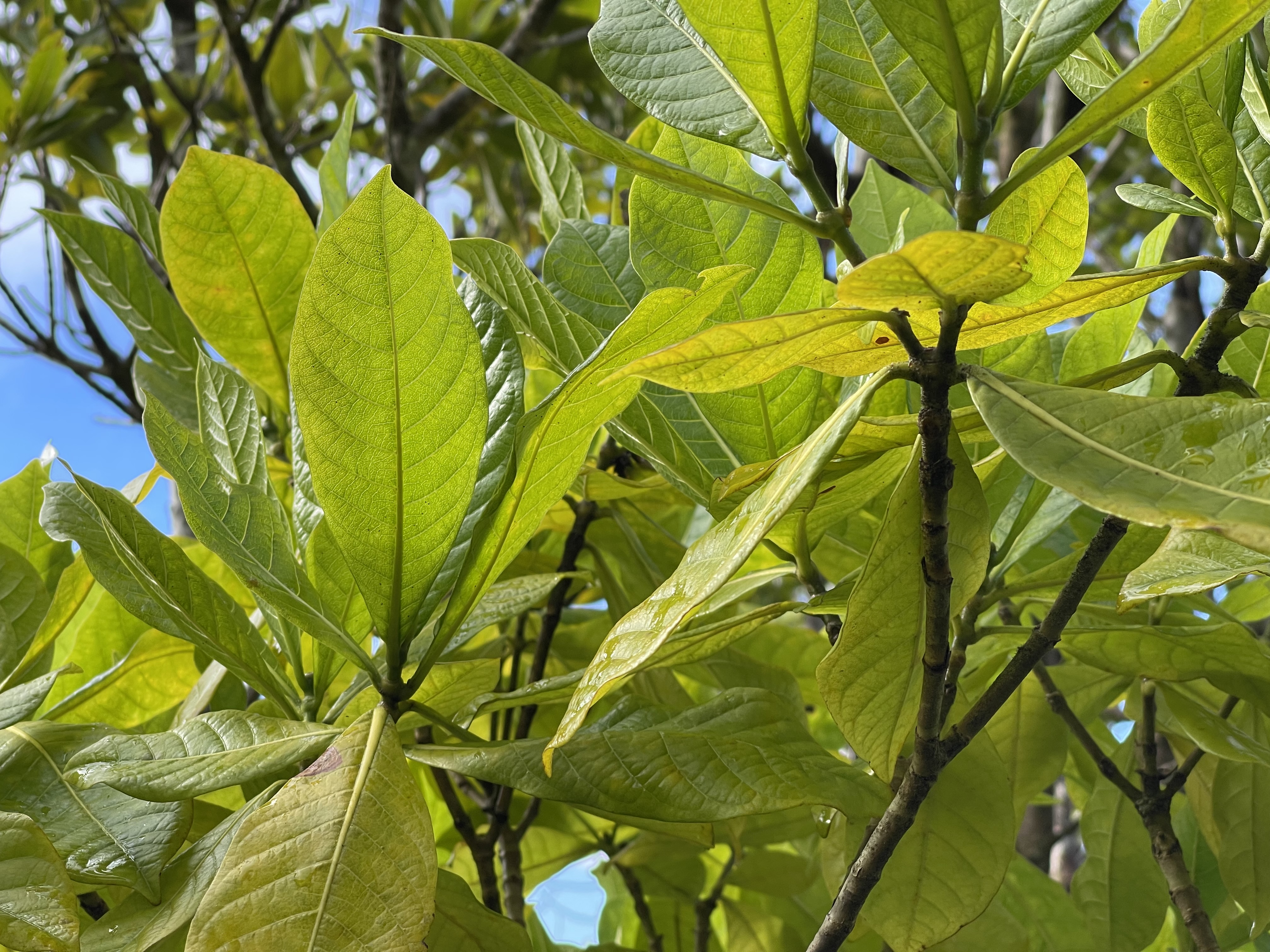 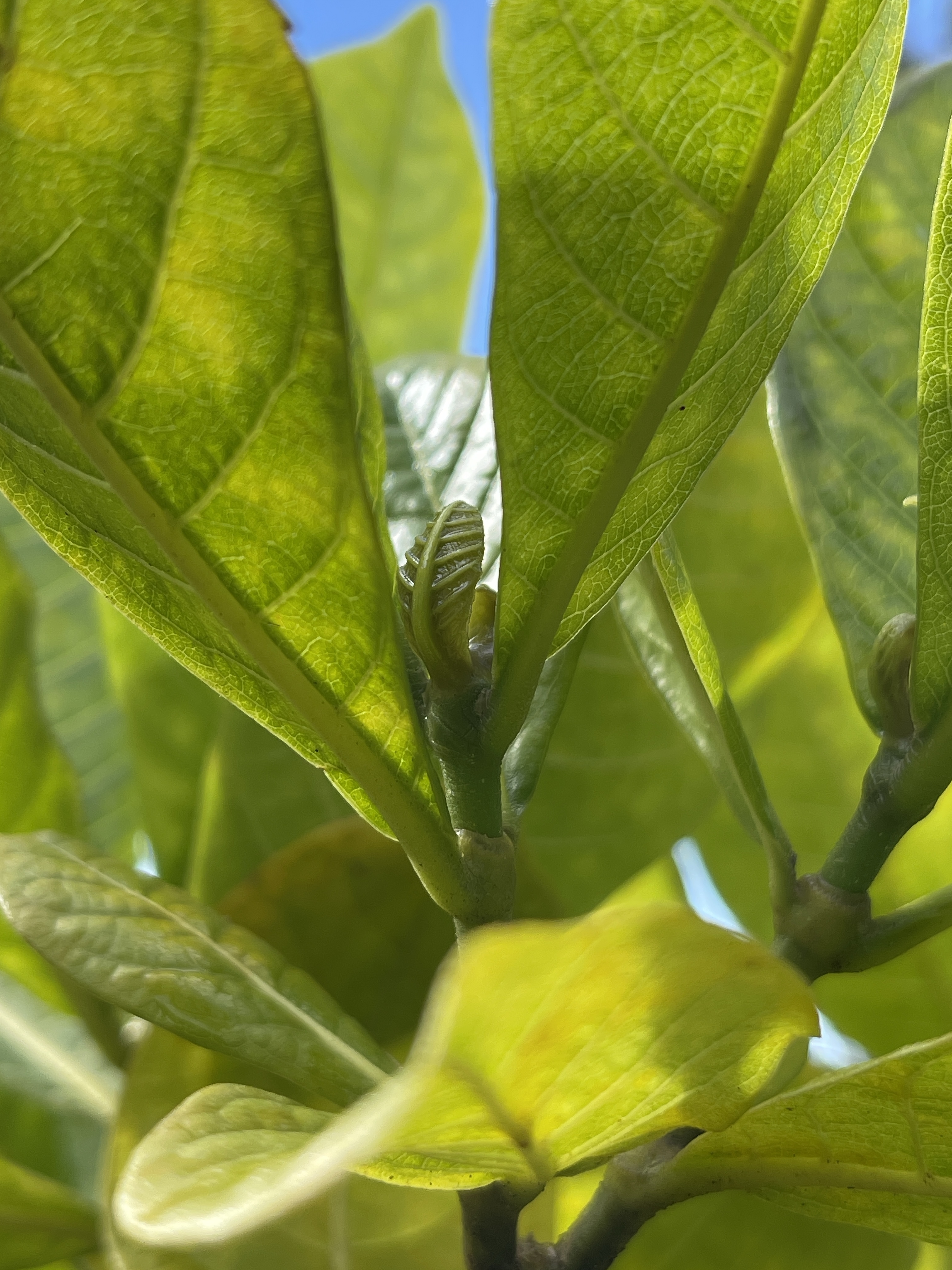 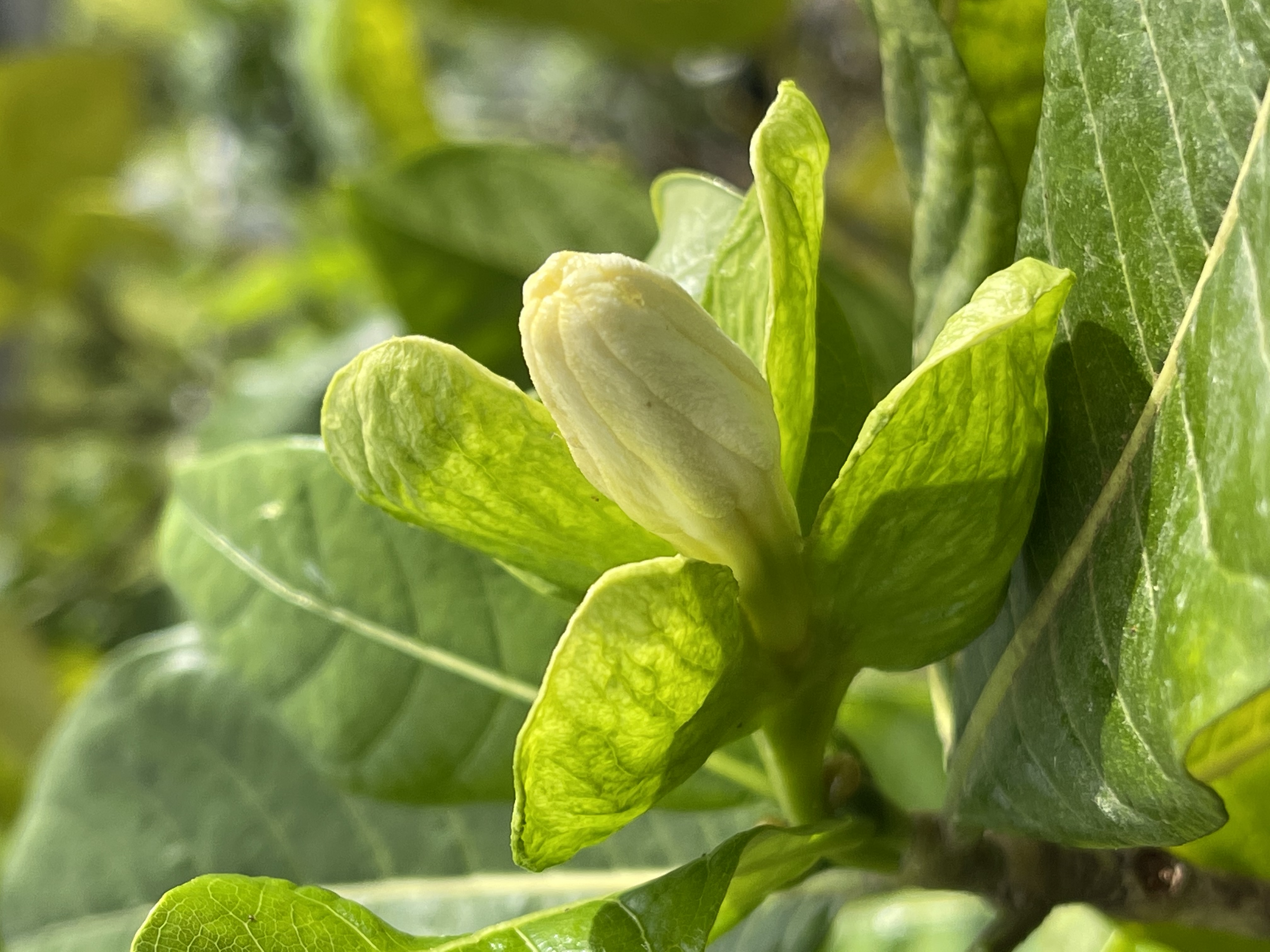 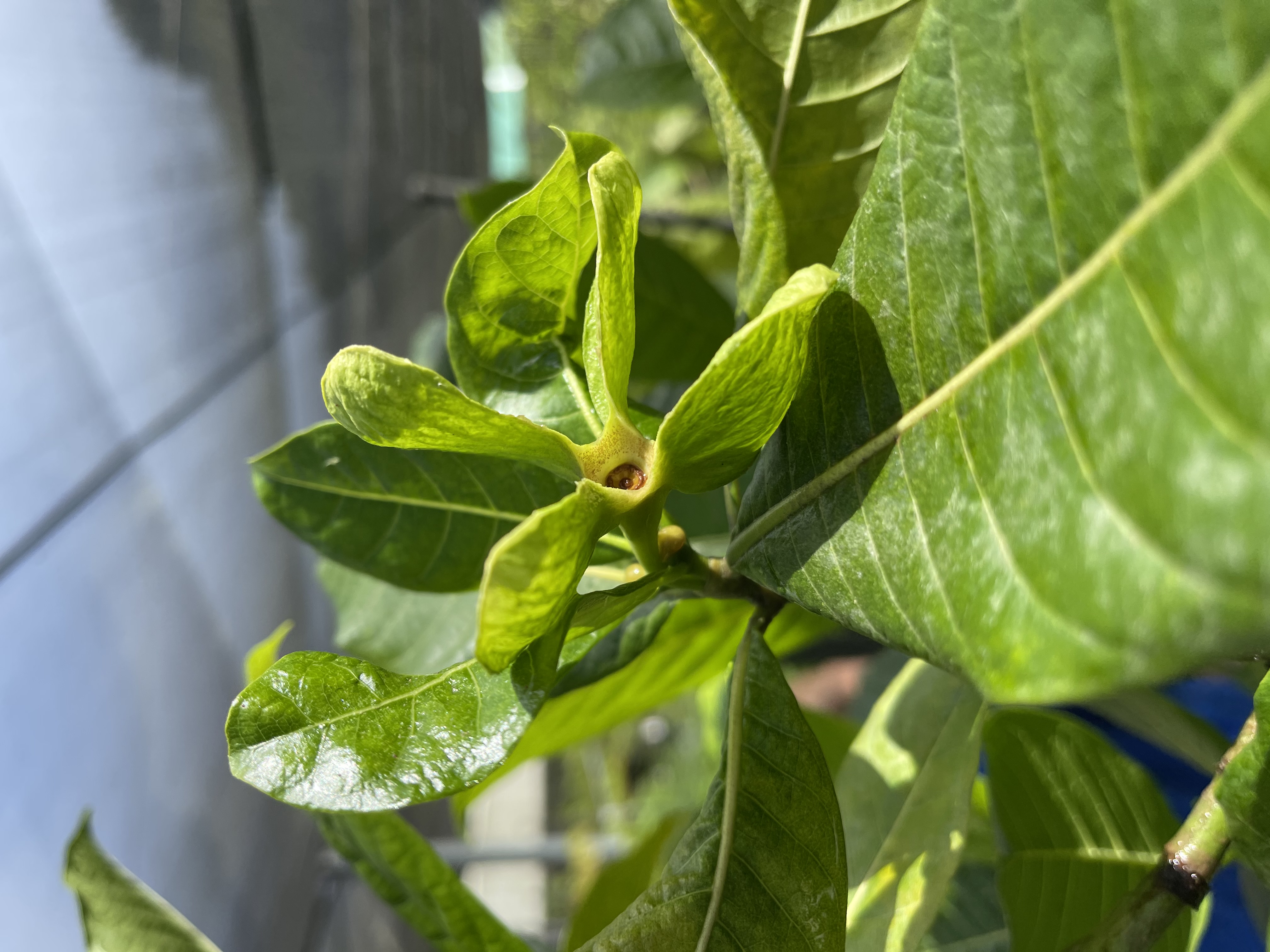 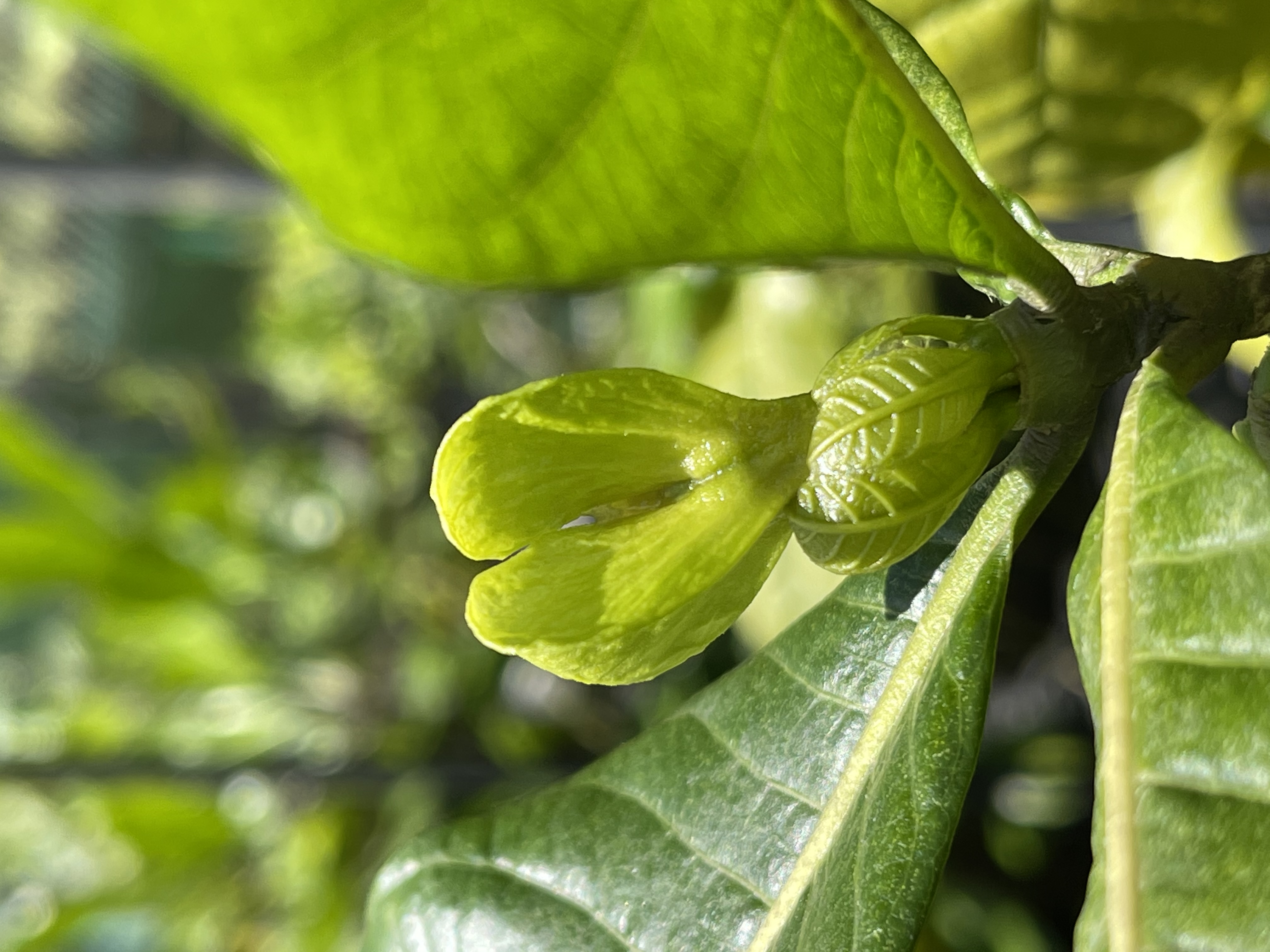 
A member of the Rubiaceae (Coffee) family, Gardenia remyi (known as Nanu in Hawaiian) is an endemic tree 3 to 13 m (10 to 43 ft) tall with branches that are quadrangular, covered in soft, downy hairs, and viscid. The leaves of Nanu are few, clustered towards the tips of the branches, and are elliptic to broadly elliptic or obovate. Flowers are fragrant (described as having delicate notes of cinnamon, vanilla, and coconut), solitary, and terminal, with a narrowly funnelform hypanthium (the bowl-shaped part of a flower on which the sepals, petals, and stamens are borne) and a six- to eight-lobed white corolla. Based on herbarium specimens and field observations, Gardenia remyi appears to flower year-round throughout its range. Fruits are orange, subglobose to broadly ellipsoid, while seeds are irregularly obovate.

Gardenia remyi individuals have been outplanted within ungulate-proof exclosures. Feral pigs have been fenced out of the west Maui populations of Gardenia remyi, and non-native plants have been reduced in those areas. However, these threats are ongoing in the remaining, unfenced populations, and are therefore imminent. In addition, the threat from goats and deer is ongoing and imminent throughout the range of the species. All of the threats are of a high magnitude, because habitat destruction, predation, and landslides could significantly affect the entire species, resulting in direct mortality or reduced reproductive capacity, leading to a relatively high likelihood of extinction.

During the process of kapa (barkcloth) beating, the wood of Nanu was one used for kapa anvils, known as kua kuku. Also, the fruit pulp was used to make a yellow dye, described as a "bright golden yellow which does not fade when dried."

Gardenia remyi (Nanu) is an endemic tree found on the Hawaiian Islands of Kauai, Molokai, Maui, and Hawaii, occuring in habitat ranging from mesic to wet forest and ridge shrubland, and wet cliff.

Pollination of Gardenia remyi is unknown but the flower is white and very fragrant, which may be indicative of insect or moth pollination. Gardenia remyi also has well developed fleshy fruit, a feature suggesting bird ingestion and defecation as the dispersal mechanism. It is possible that native frugivorous forest birds or possibly flightless waterfowl were seed dispersers. In cultivation, Gardenia remyi fruit have been observed to dehisce (gape or burst open), which could be another seed dispersal method.

Gardenia remyi is threatened by pigs, rats, goats, deer, and nonnative invertebrates (e.g., slugs) which degrade and destroy habitat and possibly forage upon the species, and by nonnative plants that outcompete and displace it. Gardenia remyi is also threatened by landslides and reduced reproductive vigor. This species is represented in ex situ collections.

A PhD research project at the National Tropical Botanical Garden is investigating the role of Arbuscular Mycorrhizal Fungi and plant genetic variation in propagation and conservation planning of Gardenia remyi in Hawai'i. It has also been proposed that this species could have originated from Gardenia taitensis but more research is needed to understand the origin and relationships of this and other Hawaiian Gardenia species.

We currently have 33 herbarium specimens for Gardenia remyi in our collection. Click on any specimen below to view the herbarium sheet data.