NTBG preserves provide a safe haven for endemic species threatened by invasive plants and animals and real estate development. NTBG staff works to; improve habitats within our preserves; by restoring the ecologies that sustain and protect native plant communities. Preserves are also a resource for NTBG staff to develop and test conservation protocols in a range of ecosystems beyond those that exist in the gardens. 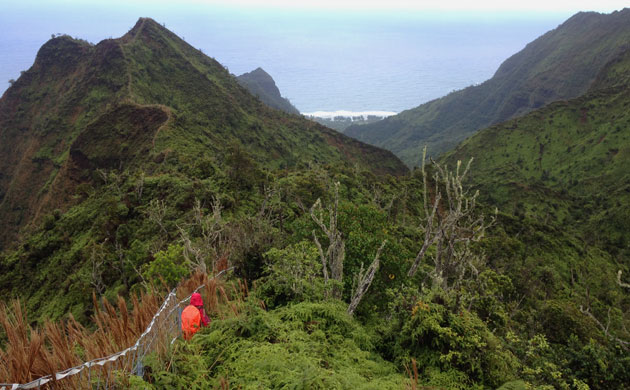 Limahuli Preserve is located on the northern coast of Kaua’i in a lush tropical valley that contains an almost pristine Hawaiian stream with a waterfall that plummets nearly 800 feet into the lower valley. This isolated area is surrounded on three sides by precipitous ridges 2,000 feet high. Within this spectacular setting are three separate ecological zones and many ancient Hawaiian archaeological sites. Botanical surveys have indicated that although much of the lower valley has been modified in the past, it remains an invaluable resource for native plant and animal species. 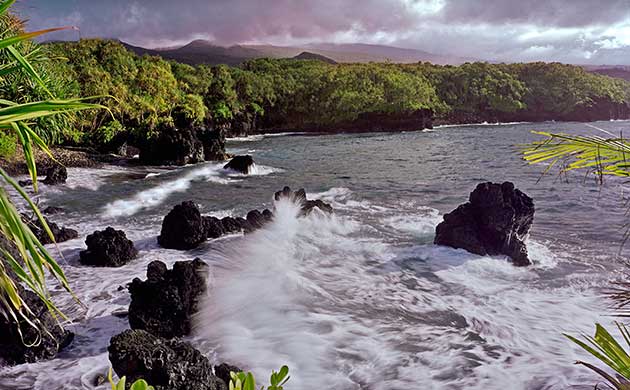 Situated on the brink between the ocean and dry land in Hana, Maui lies one of the last coastal wet forests in Hawai`i. This forest provides habitat for native wildlife, reduces erosion into nearby fisheries, and provides ample resources for cultural practitioners. Prominently supported by a healthy dominance of the indigenous hala tree (Pandanus tectorius), the 122 acre Kahanu Preserve is located in a key part of this large coastal wet forest adjacent to Kahanu Garden and Pi’ilanihale Heiau. 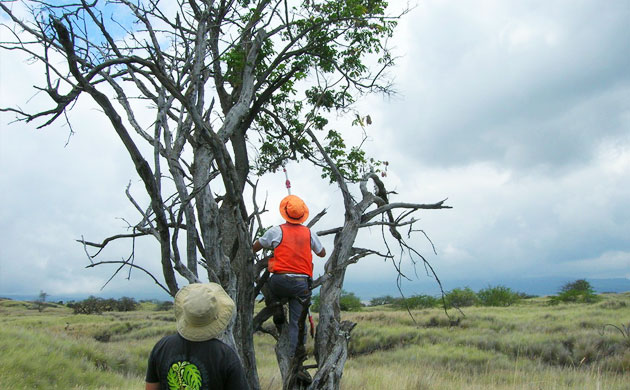 The Ka’upulehu Preserve is a nearly six-acre fenced enclosure located north-northeast of Kailua-Kona on the west side of Hawai’i Island. It was designated a State forest preserve in the 1950s, and was fenced to prevent further damage from grazing by cattle and feral goats which are prevalent in the region. In the early 1970s management of the preserve was taken over by NTBG on a 52-year lease. Ka’upulehu Preserve is covered by remnant dryland forest dominated by lama (Diospyros sandwicensis) and harbors a high concentration of listed endangered plant species.

This preserve is located in a remote area on the Awini Plateau in the Kohala Mountains of Hawaii Island. Because of its challenging location, the only practical access to the Awini Preserve is by helicopter. Surveys done in the 1970s indicated that eighty-five native and non-native species were recorded growing at Awini. The vegetation is primarily characteristic of a stunted and highly disturbed wet forest dominated by ‘ōhi’a (Metrosideros polymorpha) spread over boggy ground. Feral pigs and cattle have greatly damaged the area, allowing alien plant species such as strawberry guava (Psidium cattleianum) and broom grass (Andropogon virginicus) to become established.