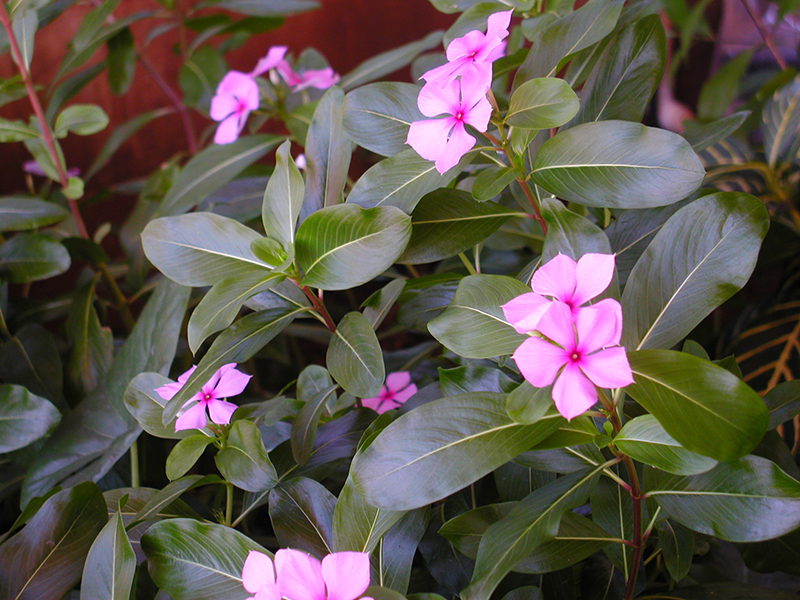 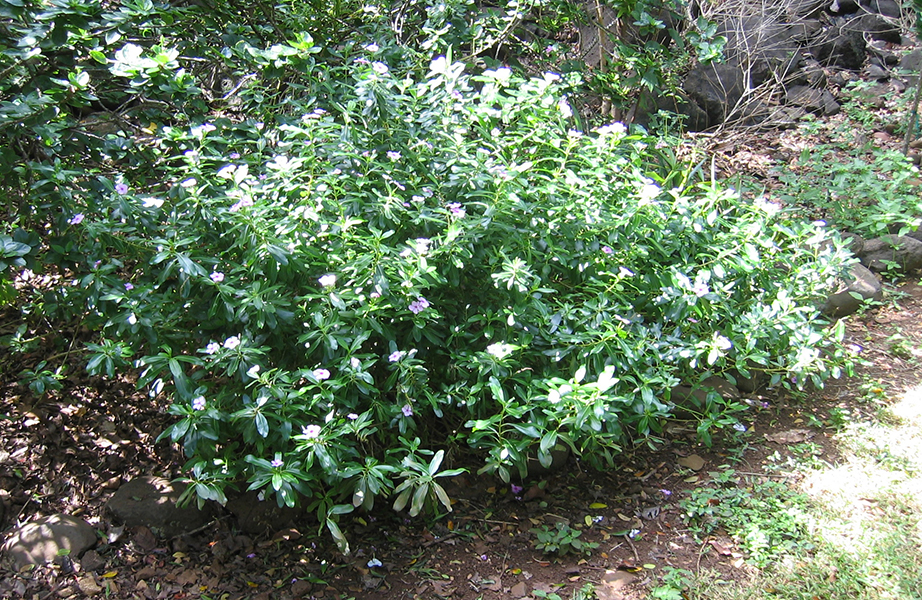 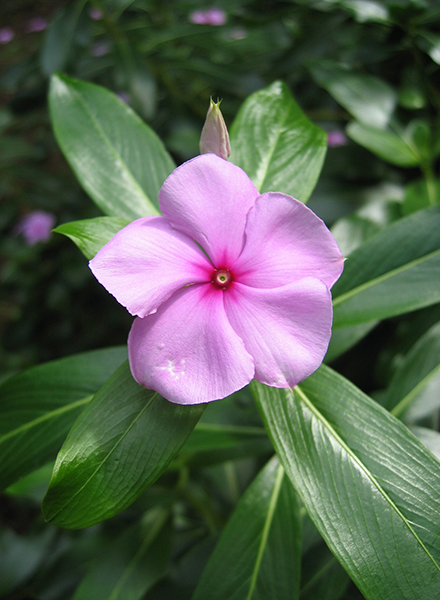 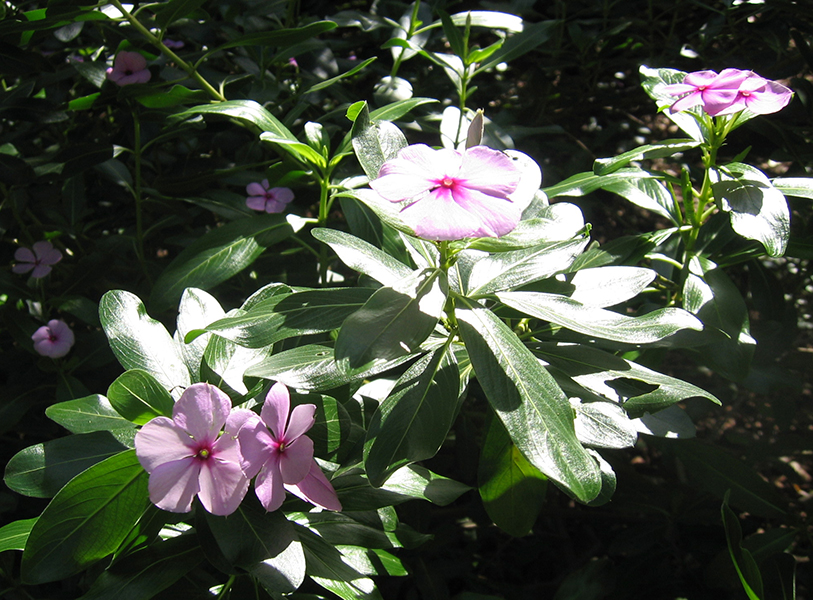 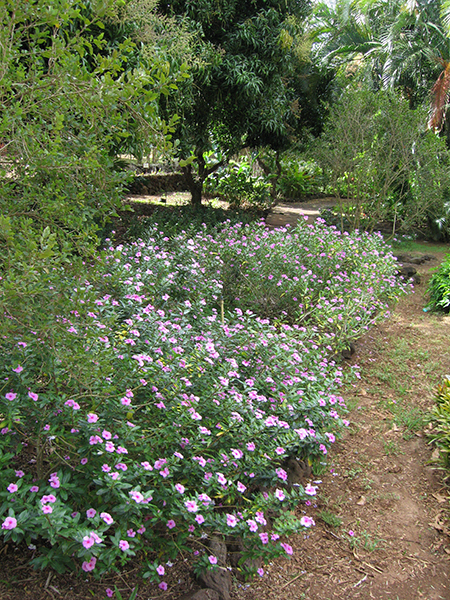 Catharanthus roseus is a fleshy perennial growing to 32 in (80 cm) high. It has glossy, dark green, oval leaves (1-2 inches long) and flowers all summer long. The blooms of the natural wild plants are a pale pink with a purple "eye" in their centers.
(Magic and Medicine of Plants.1993).

Long before modern researcher learned of the plant's valuable and varied properties, people in faraway places were using the Madagascar periwinkle for a host of medicinal purposes.
In India, they treated wasp sting with the juice from the leaves.In Hawai'i they prescribed an extract of the boiled plant to arrest bleeding.
In Central America and parts of South America, they made a gargle to ease soar throats and chest ailments and laryngitis.
In Cuba, Puerto Rico, Jamaica and other islands, an extract of the flower was commonly administered as an eyewash for the eyes of infants.
In Africa, leaves are used for menorrhagia and rheumatism.
Surinamese boil ten leves and ten flowers together for diabetes.
Bahamians take flower decoction for asthma and flatulence, and the entire plant for tuberculosis.
In Mauritius, the leaves infusion s given for dyspepsia and indigestion.
In Vietnamit, is taken for diabetes and malaria.
Curacao and Bermuda natives take the plant for high blood pressure.
Indochinese use the stalks and leaves for dysmenorrhea.
(Duke,J.A.Handbook of Medicinal Herbs.1985;Magic and Medicine of Plants.1993).

Catharanthus roseus is native to the Indian Ocean island of Madagascar. This herb is now common in many tropical and subtropical regions worldwide, including the southern United States.
(Magic and Medicine of Plants.1993;Chevallier,A.1996.The Encyclopedia of Medicinal Plants.)

Few plants have generated as much recent interest among scientist and medical communities as the Madagascar periwinkle, Catharanthus roseus . The interst began in the mid-1950's, when researchers, hearing of a "periwinkle tea" that was drunk in Jamaica, began to study the plant for its reported antidiabetic properties.

Extracts of entire dried plant contain many alkaloids of medicinal use. The principal alkaloid is vinblastine, or vincaleukoblastine (vinblastine sulfate), sold as Velban. The alkaloid has growth inhibition effects in certain human tumors. Vinblastine is used experimentally for treatment of neoplasms, and is recomanded for generalized Hodgkin's disease and resistant choricarcinoma.
Another pharmacologically important alkaloid is vincristine sulfate or vincristine, sold as Oncovin. Vincristine is used in treatment of leukemia in children.

There are over 70 other alkaloid that have been isolated from the plant in addition to vinblastine and vincristine.
Synthetic vincristine, used to treat leukemia, is only 20% as effective as the natural product derived from Catharanthus roseus.
Further research is needed especially on bioactive compounds, means of preparation, and effectiveness of plants and herbal remedies.
(Duke,J.A.Handbook of Medicinal Herbs.1985;Magic and Medicine of Plants.1993).

We currently have 23 herbarium specimens for Catharanthus roseus in our collection. Click on any specimen below to view the herbarium sheet data.