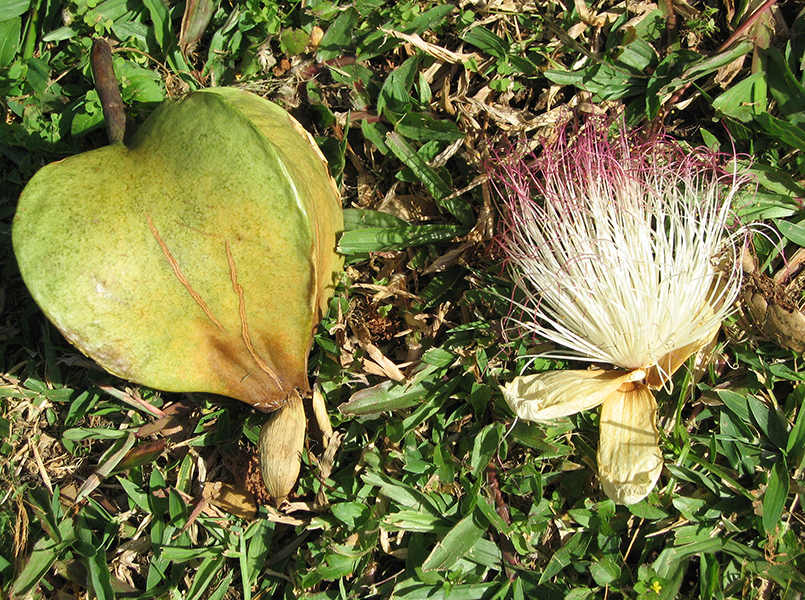 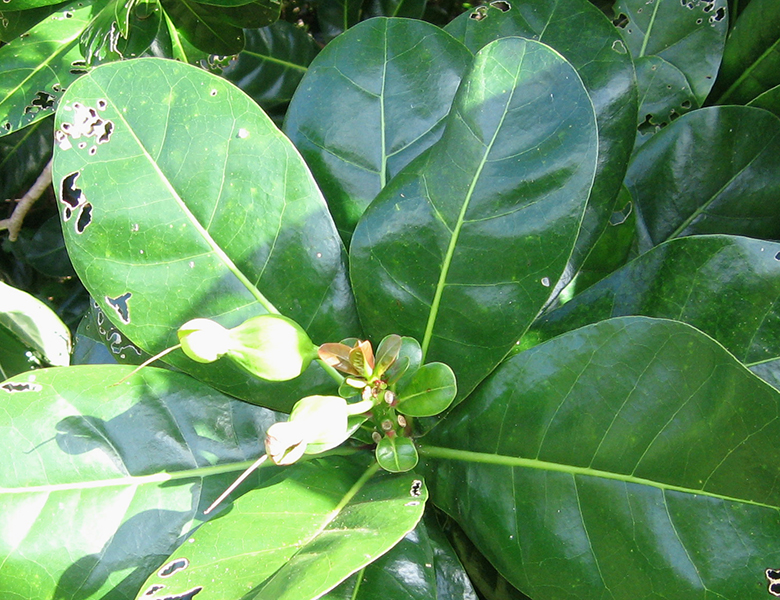 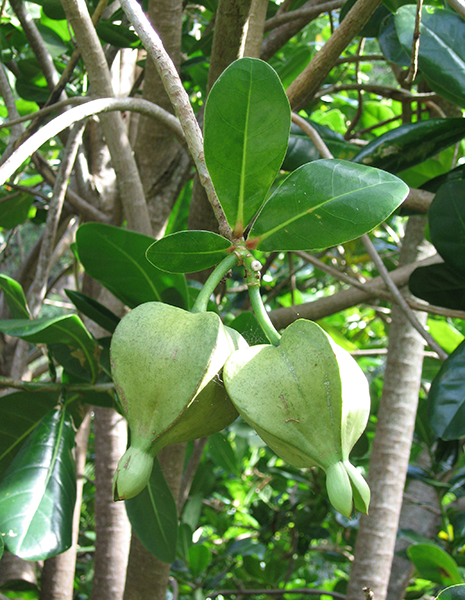 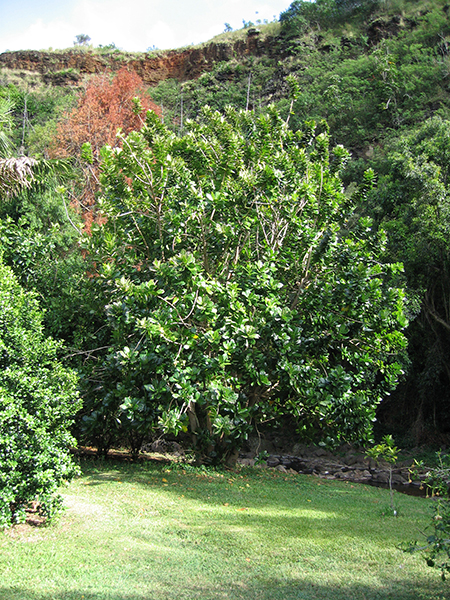 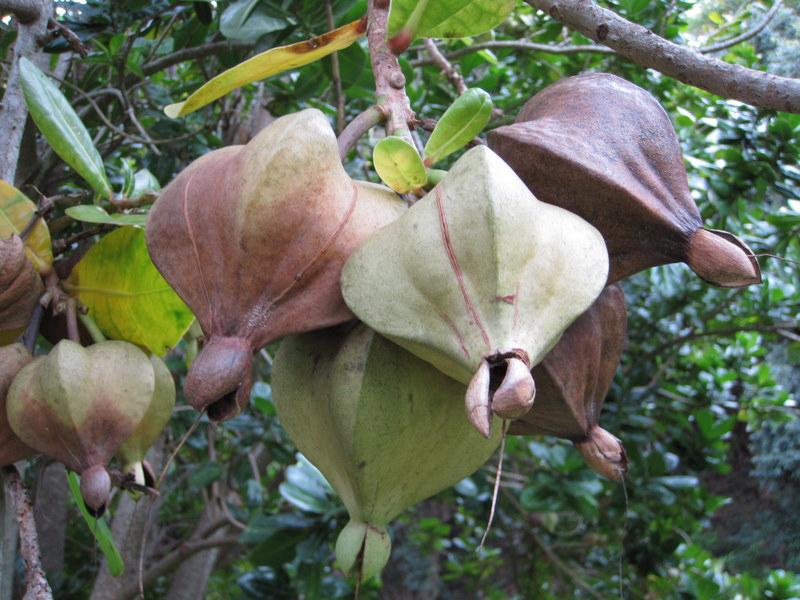 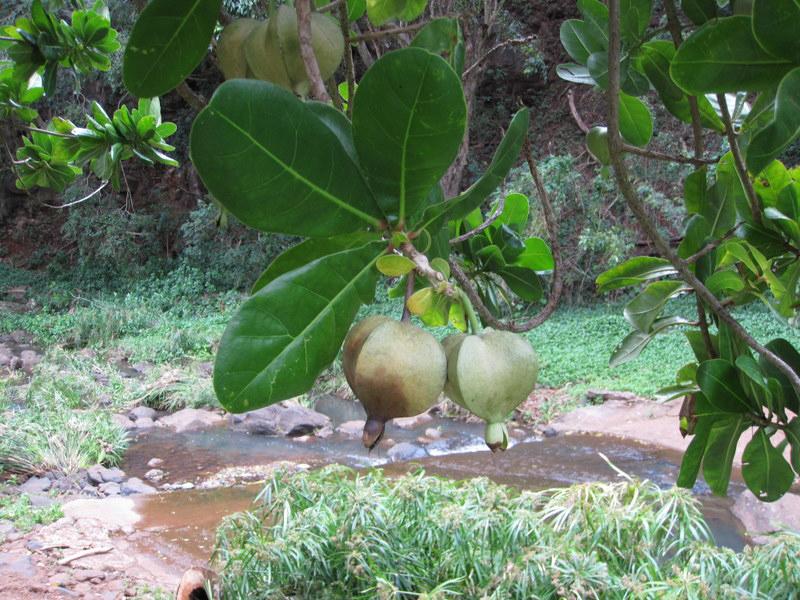 Barringtonia asiatica is a large tree (reaching up to 25m in height) that grows as a mangrove associate on sandy and rocky shores. The leaves are large and appear in rosettes at the end of branches. They are rounded and have very pronounced veins, growing up to 40 cm long and 15 cm wide. The young leaves have a bronze color with pinkish veins, while the old leaves turn green-yellow. The night-blooming flowers appear on a long spike from the center of the leaf group and are puffballs made of four white petals surrounded by a profusion of white filaments tipped with pink. The fruit is large, about 9 cm long, egg shaped or lantern-shaped, green at first than turning brown when ripe and floats on water. The fruit can survive on the sea for long distances and for periods of up to 2 years. The middle layer is spongy (like the coconut) and contains air sacs to help the fruit float. The innermost layer is hard and thick to protect the seed.
(Polunin, Ivan. 1987. Plants and Flowers of Singapore.)

Seeds are used to get rid of intestinal worms and the heated leaves are used to treat stomachache and rheumatism.
(J. M. Watt and M. Breyer-Brandwijk. 1962. The Medicinal and Poisonous Plants of Southern and Eastern Africa.)

Because all parts of the tree contain saponin, which is a poison, the seeds and other parts of the plant are pounded and used to stun fish in freshwater streams.
(J. M. Watt and M. Breyer-Brandwijk. 1962. The Medicinal and Poisonous Plants of Southern and Eastern Africa.)
(Polunin, Ivan. 1987. Plants and Flowers of Singapore.)


Barringtonia asiatica is a native of Asia and the Pacific islands.
The beautiful and fragrant flowers open at night and attract large moths (it is among the plants that host the impressive Atlas Moth) and nectar-feeding bats with their heavy scent. The next morning, the flower stamens are found dissipated beneath the tree crown.
(Polunin, Ivan. 1987. Plants and Flowers of Singapore.)

We currently have 25 herbarium specimens for Barringtonia asiatica in our collection. Click on any specimen below to view the herbarium sheet data.