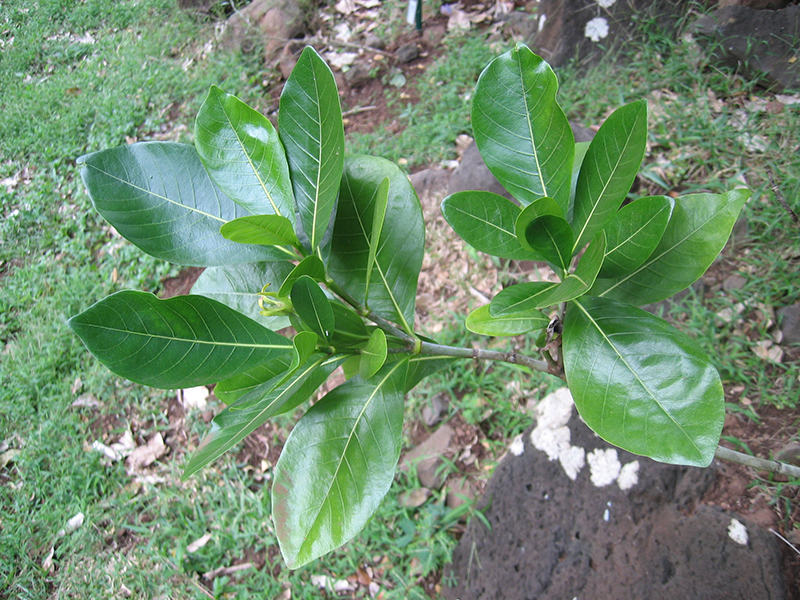 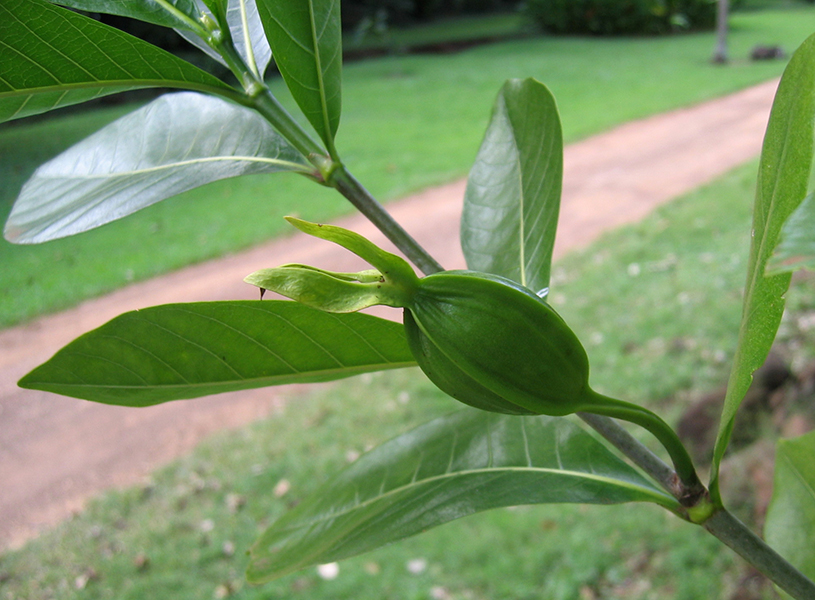 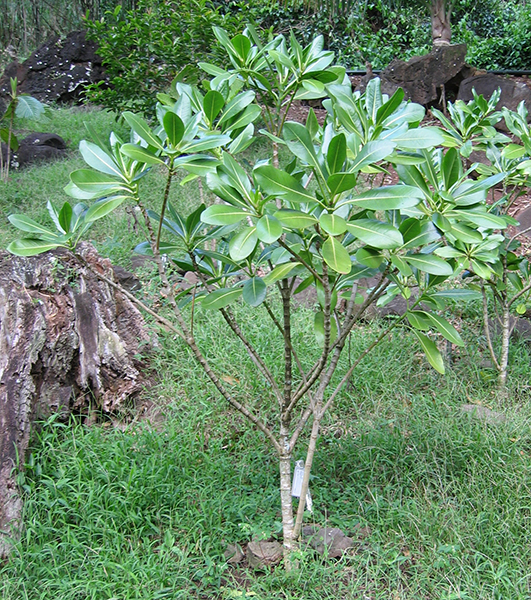 Tahitian gardenia is an evergreen tropical shrub that grows to 4 m tall. It has glossy dark green leaves (5-16 cm long) that are oppositly arranged along the stem. The flower is creamy white, pinwheel-shaped with 5 to 9 lobes (each lobe 2-4 cm long) and very fragrant.

Tahitian gardenia is used to produce the cosmetic oil called Monoi de Tahiti, a traditional natural product made by soaking Gardenia taitensis blossoms (Tiare flowers) in rich, purified coconut oil.
"Monoi" is an ancient Tahitian word meaning "scented oil" and the product is part of long-established cosmetic practice among the Tahitian people. The beautiful Tahitian women, "Vahines", use Monoi de Tahiti daily to hydrate and protect their skin and to condition their hair.
Monoi de Tahiti is also an ideal pre-shampoo conditioning treatment for dehydrated and damaged hair, helping to restore shine and bounce. Tests also show a slight anti-dandruff effect.
Natural anti-fungal qualities in the rich Tahitian coconut oil together with the antiseptic properties of Gardenia help to protect both skin and scalp effectively.
The flower has a sweet fragrance and it smells so good that people use it to make leis. In French Polynesia it is used to scent coconut oil (monoi) and is used as a hair adornment. Male plants are selectively cultivated and propagated by cuttings, as they produce greater numbers of flowers and do not fruit.

Native to the highland shores of Melanesia and Western Polynesia. It is an aboriginal introduction to the Cook Islands and French Polynesia and possibly Hawai`i.

We currently have 24 herbarium specimens for Gardenia taitensis in our collection. Click on any specimen below to view the herbarium sheet data.