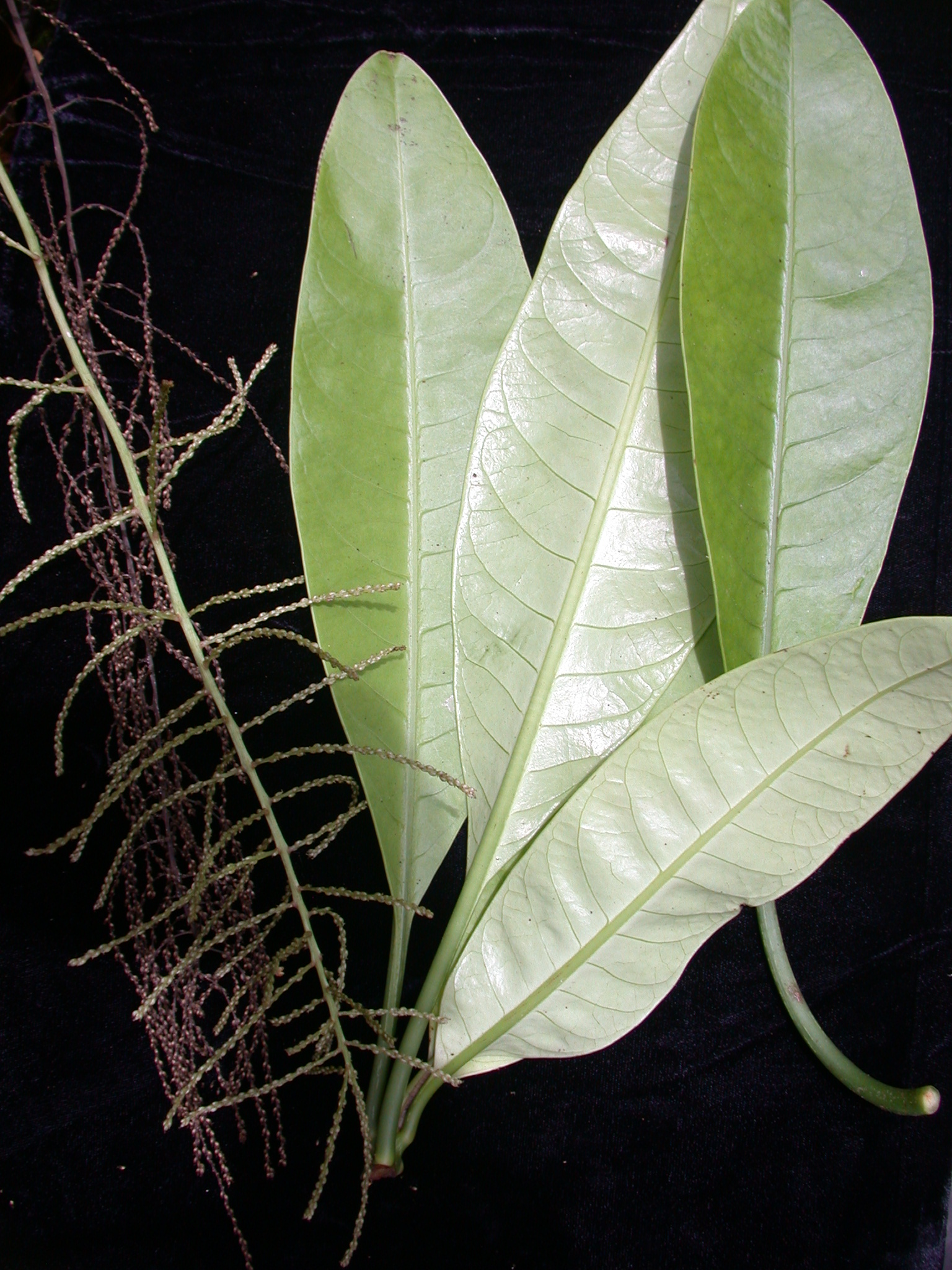 
A member of the amaranth family (Amaranthaceae), Charpentiera densiflora (Papala in Hawaiian) is a tree that grows up to 12 meters (39 feet) tall. New growth are densely covered in small hairs, with stems about 0.4 to 0.9 centimeters (~ 0.15 to 0.35 in) in diameter. The leaves are 13 to 41 centimeters (~ 5 to 16 in) long and 5 to 10 centimeters (2 to 4 in) wide, and are leathery with an elliptic to subovate shape. Flowers are born in branched panicles 23 to 48 centimeters (9 to 19 in) long, and can contain 20 to 100 flowers per branch. Individuals of this species become some of the largest trees, and also possess some of the largest leaves, in the genus.

Branches of Charpentiera densiflora were dried and used as firebrands in the sport ‘oahi, which involved tossing burning branches off cliffs on Kaua‘i island.

Charpentiera densiflora is endemic to the Hawaiian islands, occuring on the island of Kaua‘i between 213 and 610 meters elevation. It is narrowly endemic to the district of Na Pali coast region, on the northwestern side of the island. Charpentiera densiflora can be found in moist, closed canopy, primarily in Diospyros – Metrosideros polymorpha mixed mesic forest, growing along drainages and in a series of valleys and gulches over a 6 km stretch.

Papala was the favorite wood for use in the 'Oahi ceremony, a famous fire throwing ceremony which occurred at three locations on Kaua'i island. An exerpt from Mrs. Sinclair’s book, "Indigenous Flowers of the Hawaiian Islands" gives a description of the ceremony:

"On the northwest side of Kauai the coast is extremely precipitous, the cliffs rising abruptly from the sea to a height of from one to two thousand feet, and from these giddy heights the ingenious and beautiful pyrotechnic displays take place. On dark moonless nights upon certain points of these awful precipices, where a stone would drop sheer into the sea, the operator takes his stand with a supply of papala sticks, and, lighting one, launches it into space. The buoyancy of the wood causes it to float in mid-air, rising or falling according to the force of the wind, sometimes darting far seaward, and again drifting towards the land. Firebrand follows firebrand, until, to the spectators (who enjoy the scene in canoes upon the ocean hundreds of feet below), the heavens appear ablaze with great shooting stars, rising and falling, crossing and recrossing each other, in the most weird manner. So the display continues until the firebrands are consumed, or a lull in the wind permits them to descend slowly and gracefully to the sea."

We currently have 37 herbarium specimens for Charpentiera densiflora in our collection. Click on any specimen below to view the herbarium sheet data.