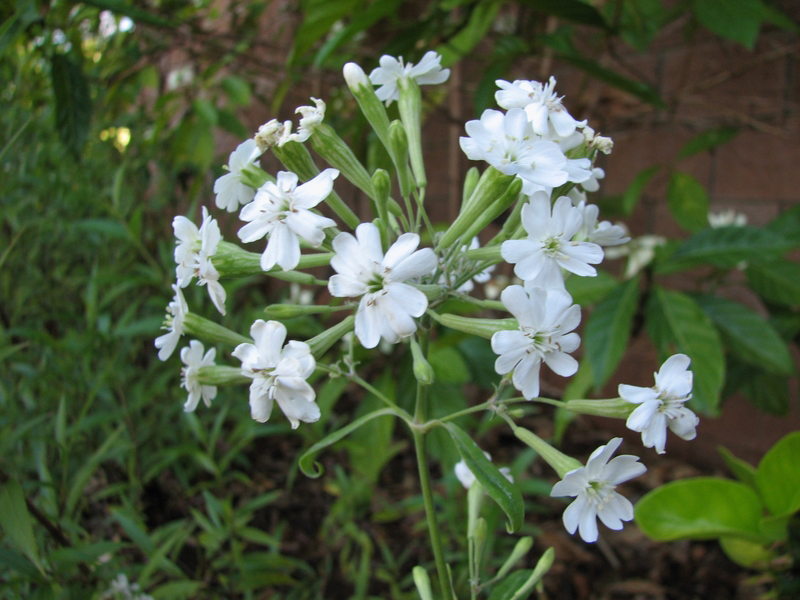 
S. perlmanii, a member of the pink family (Caryophllaceae) is a clump forming sub shrub that forms its clumps with erect to ascending stems. The leaves of S. perlmanii are elliptic in shape (50 to 105 mm long, 7 to 16 mm wide) and glabrous in texture except for the upper surface of the leaf that is strigose (straight, stiff, sharp hairs) towards the base. The flowers of S. perlmanii have stamens that are extended beyond the calyx with white petals (8 to 10 mm long). This species is the only member of its genus found on the island of O’ahu, and can be distinguished from other Silene species by its white petals and long calyx that is covered with short hairs. (Wagner et al. 1999)

S. perlmanii usually flowers in the spring. The flowers of S. perlmanii lasts for just a day and the fruits develop in a few weeks (USFWS 1998).

Cite: The Center for Plant Conservation.org
Silene perlmanii, was historically found in two populations on the island of O’ahu, but has not been seen in the wild since 1997, and today exists only in cultivation at the National Tropical Botanical Garden.


Cite: The Center for Plant Conservation.org

We currently have 6 herbarium specimens for Silene perlmanii in our collection. Click on any specimen below to view the herbarium sheet data.