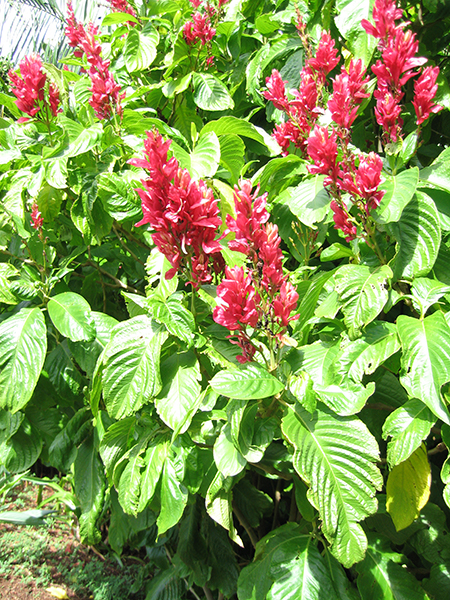 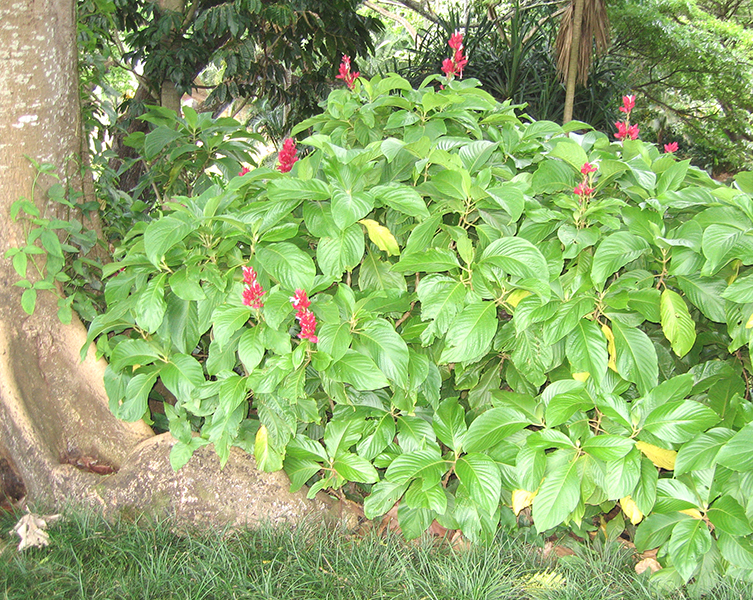 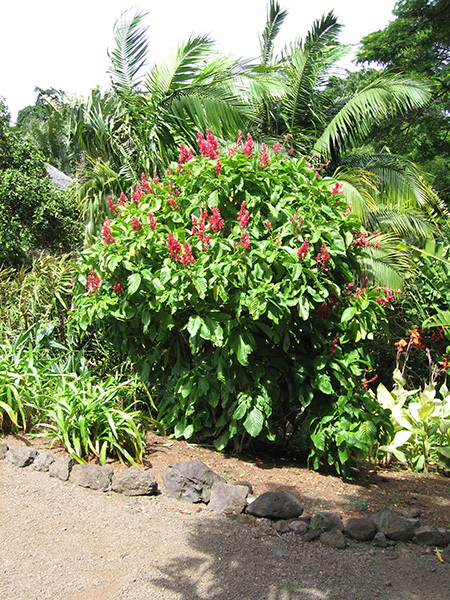 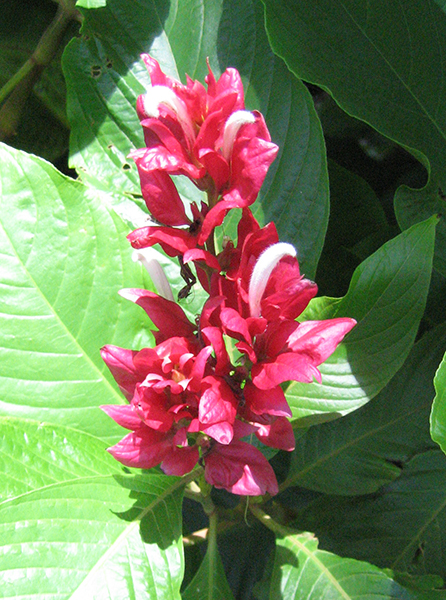 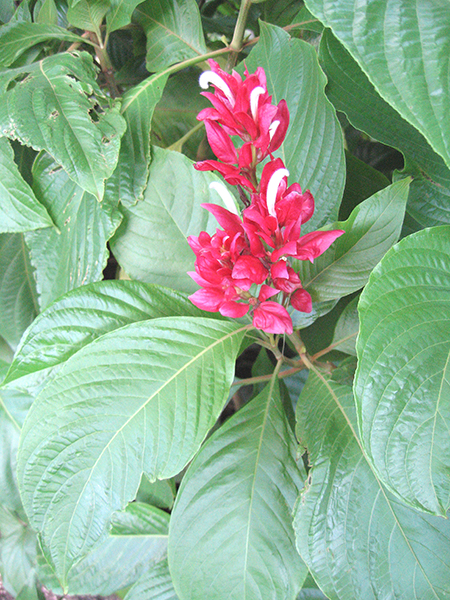 The Brazilian Red Cloak is a very showy shrub. Ovate leaves are opposite on flattened stems and can be hairy or fuzzy. Red Justicia is characterized by red or orange bilaterally symmetrical tubular flowers that occur in clusters. The showy "flower" consists of red bracts surrounding the white true flower.
Brazilian Red Cloack is native to Costa Rica, Nicaragua, El Salvador and Venezuela.

Most Justicias throughout the tropics and subtropics are pollinated by hummingbirds, some of which have beaks that exactly match the curve of the flower.

The genus encompasses about 300 species, mostly native to several regions of the subtropics. Two are native to the Sonoran Desert, and one other can tolerate the Southwest's high light and arid climate. Native Justicias are found in gravelly washes and sandy soils of the lower Sonoran "desertscrub" biotic community (sea level to 2,500 feet). Their orange-to-red flowers are common in southeastern California, southern Arizona and as far as Sinaloa and the Baja peninsula of Mexico.

We currently have 9 herbarium specimens for Megaskepasma erythrochlamys in our collection. Click on any specimen below to view the herbarium sheet data.