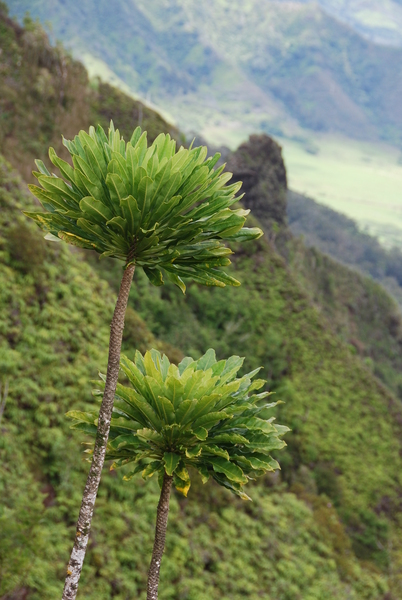 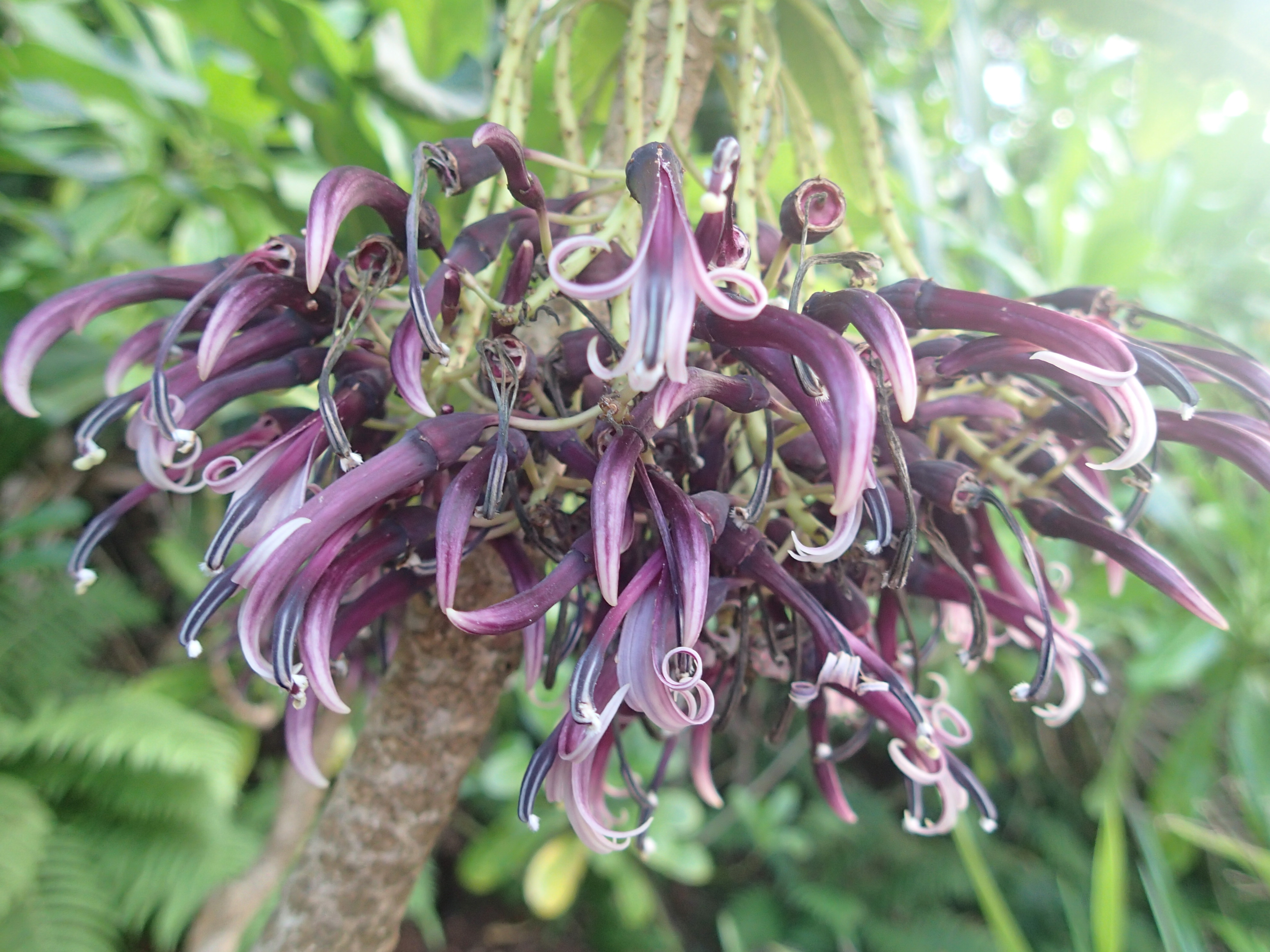 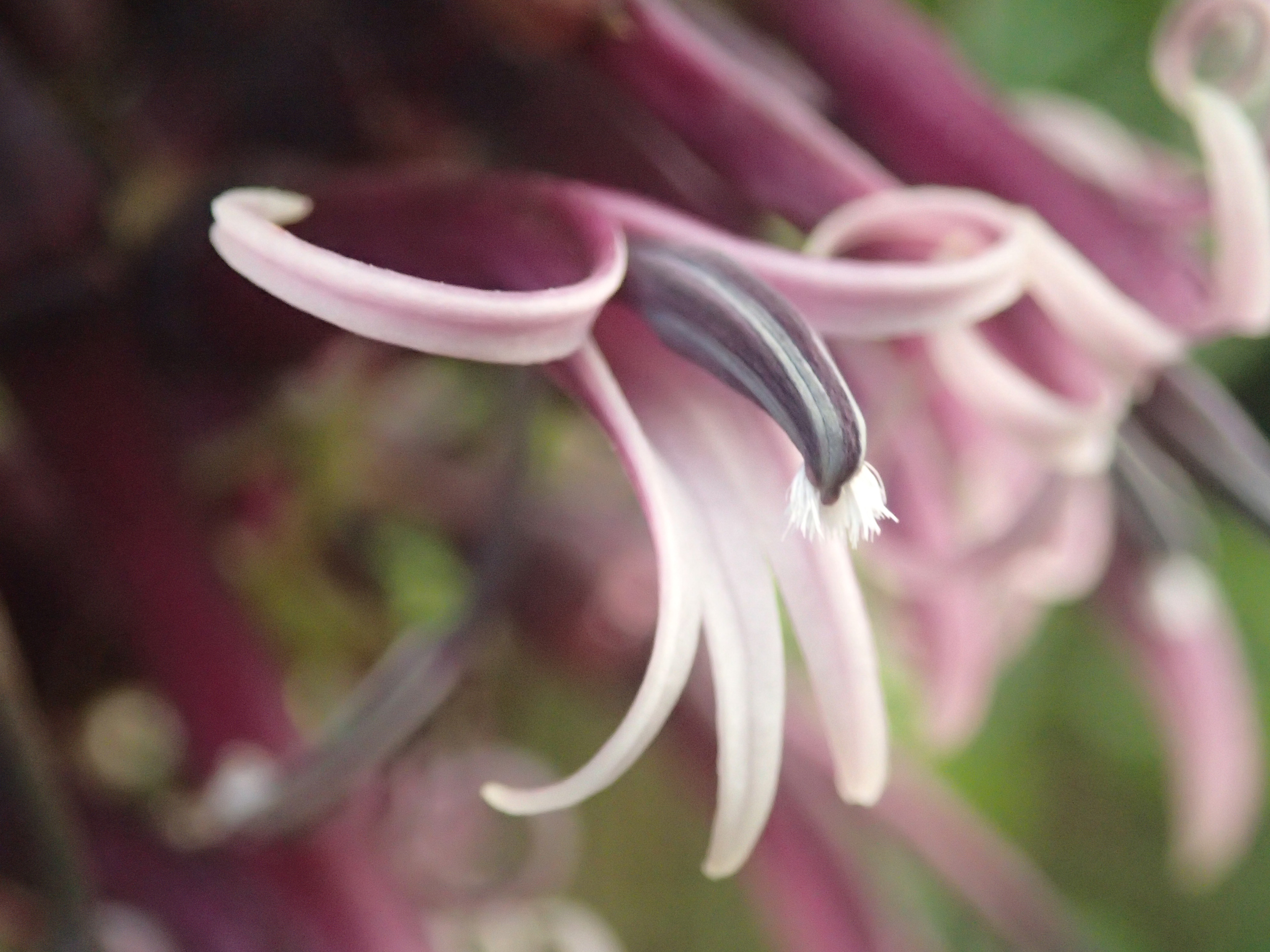 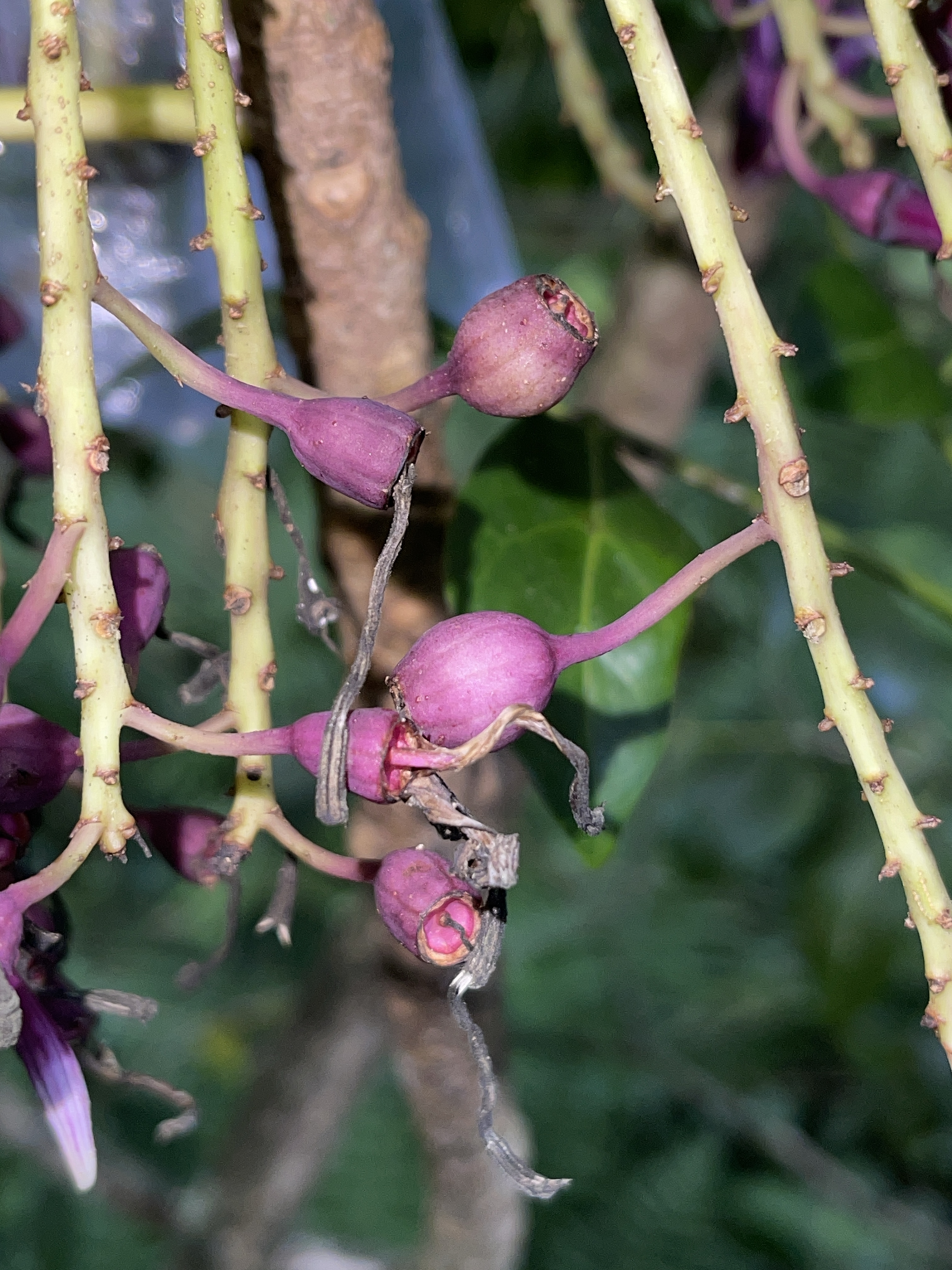 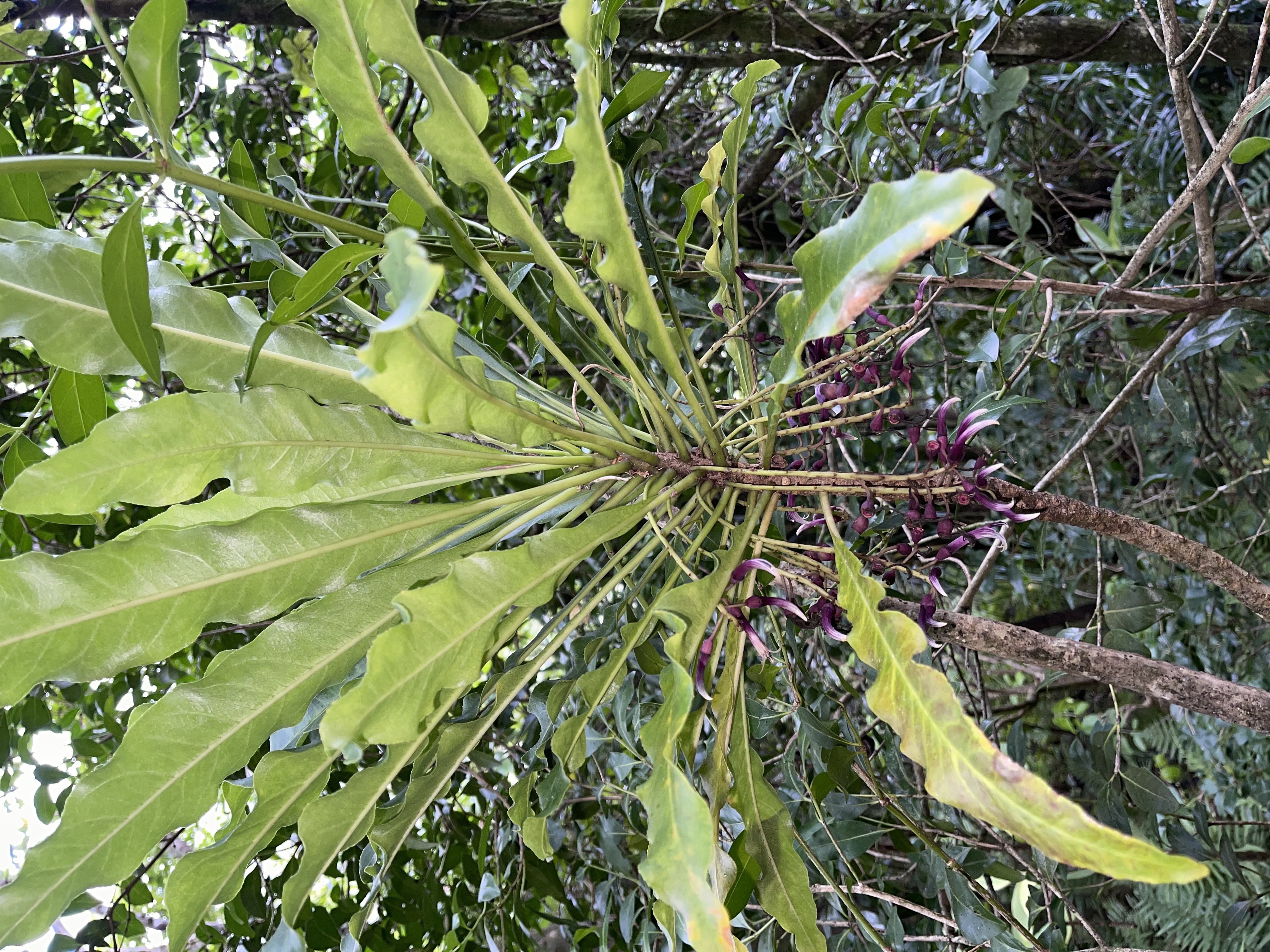 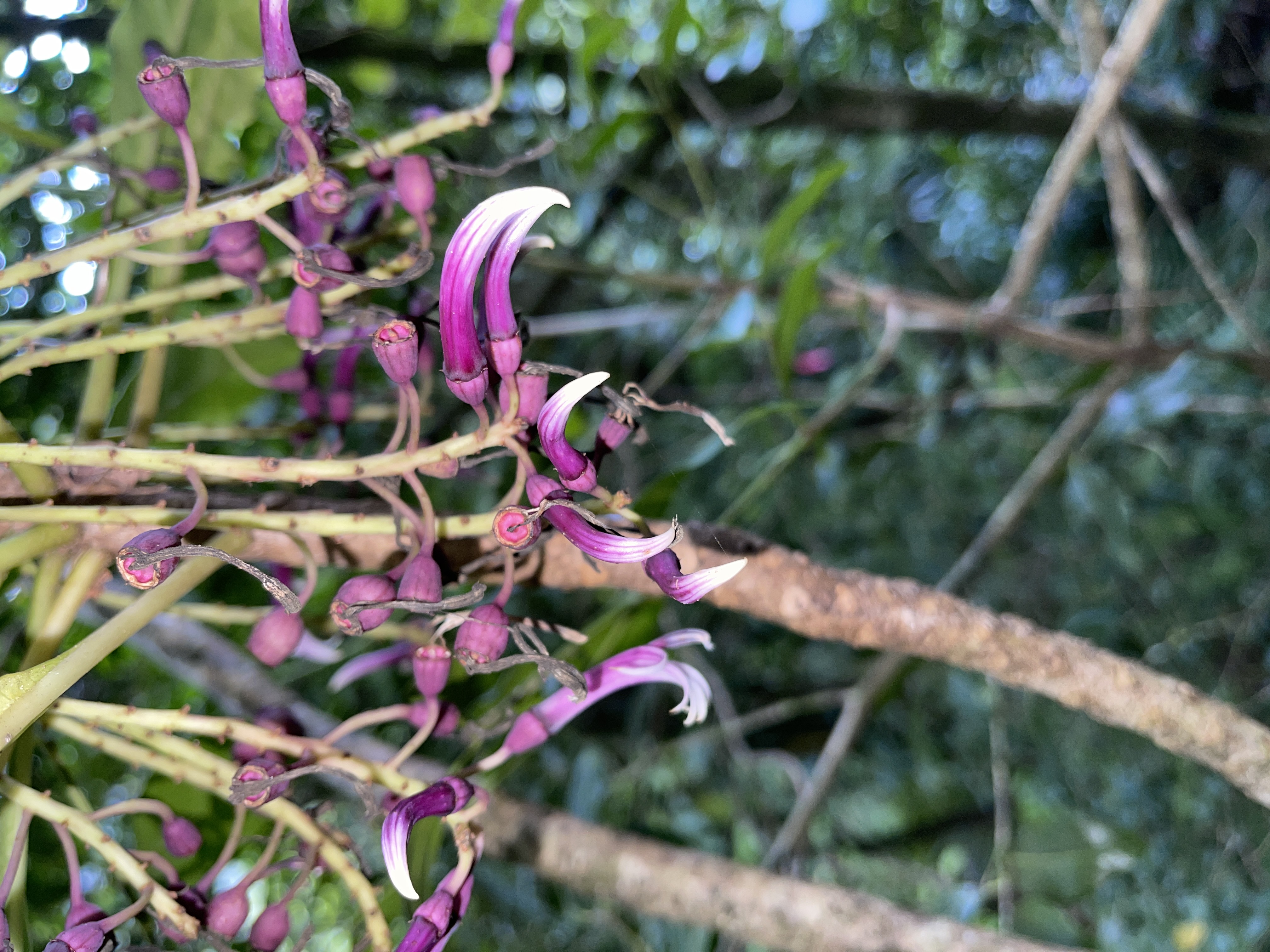 In-situ and ex-situ cultivation and propagule storage of Cyanea hardyi is ongoing. Cyanea hardyi exists also in NTBG’s Conservation and Horticulture Centre nursery, and individuals are outplanted in the NTBG Limahuli Garden and preserve. In addition, nearly 20,000 seeds are stored in NTBG’s Seed Bank and Laboratory.

IUCN Status: Endangered (E): Cyanea hardyi is endemic to the island of Kaua’i. Approximately 600 individuals occur among 10 subpopulations within three locations. The taxon has experienced severe and ongoing decline in habitat and numbers due to the impacts of invasive plants and animals.

We currently have 21 herbarium specimens for Cyanea hardyi in our collection. Click on any specimen below to view the herbarium sheet data.