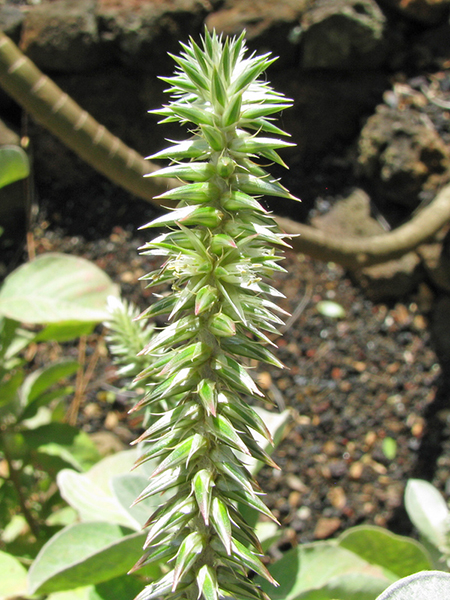 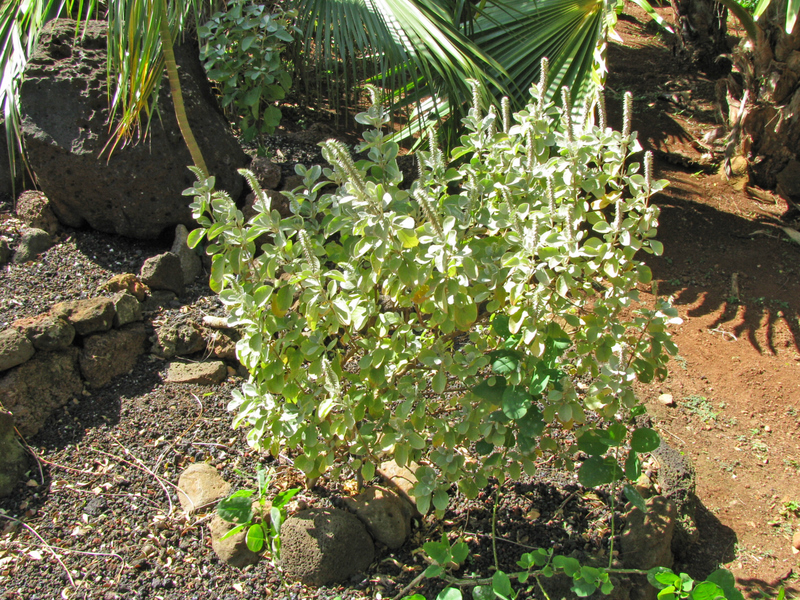 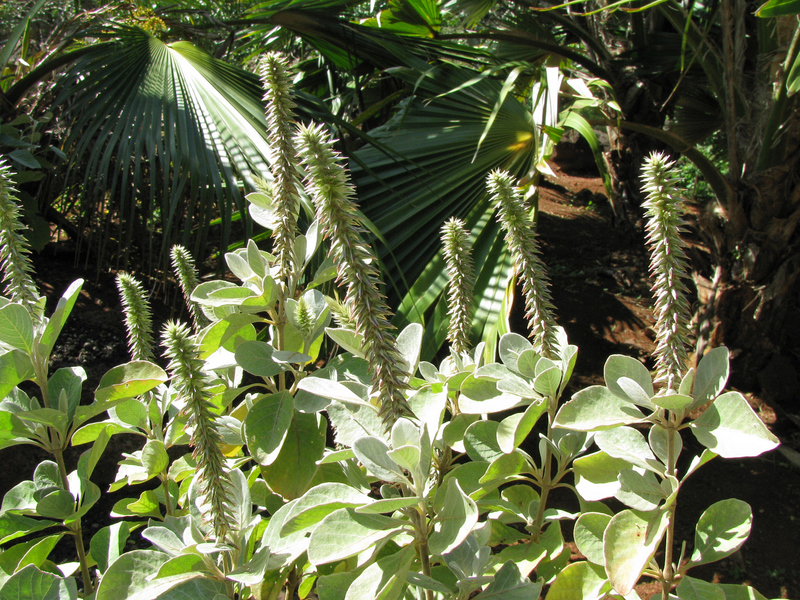 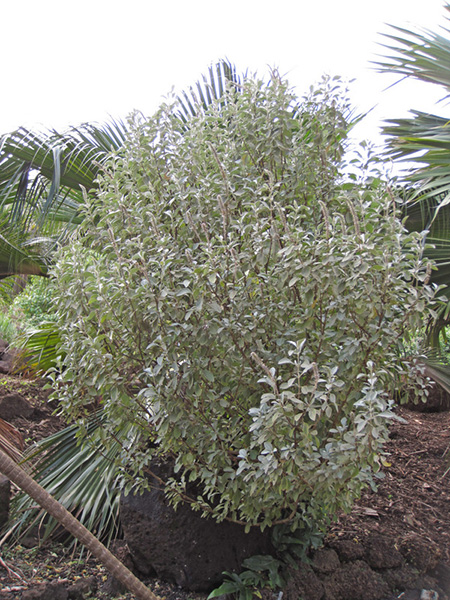 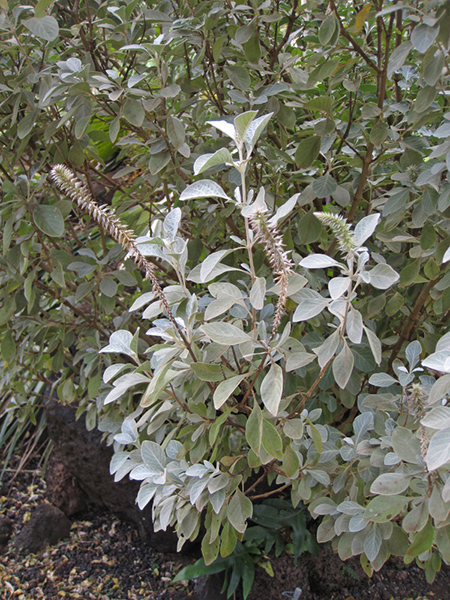 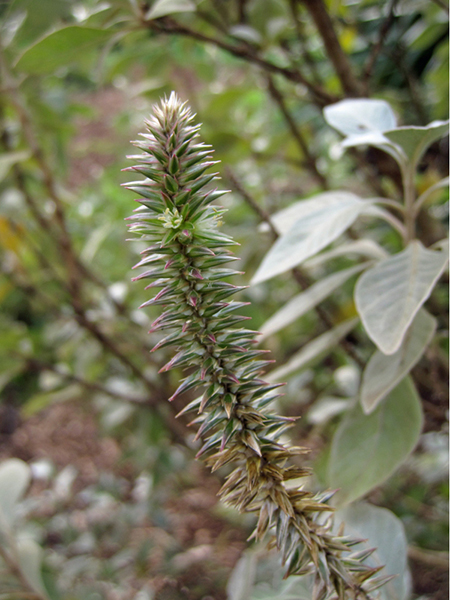 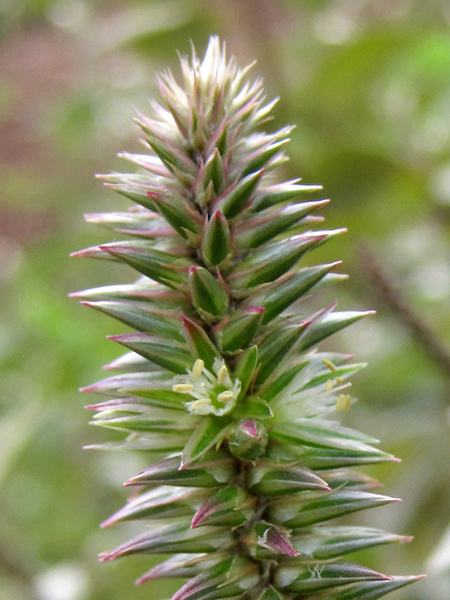 Geographic Range: endemic to the Hawaiian Islands. It grows at low elevations, generally from sea level to 100 feet, in open dry areas on rocky soil or coralline plains. It is currently known to grow along the western coast of O'ahu, on the Kalaupapa peninsula on Maui, near Manele and Maunalei Gulch on Lana'i, in West Maui, and near Kula on East Maui.

We currently have 16 herbarium specimens for Achyranthes splendens in our collection. Click on any specimen below to view the herbarium sheet data.