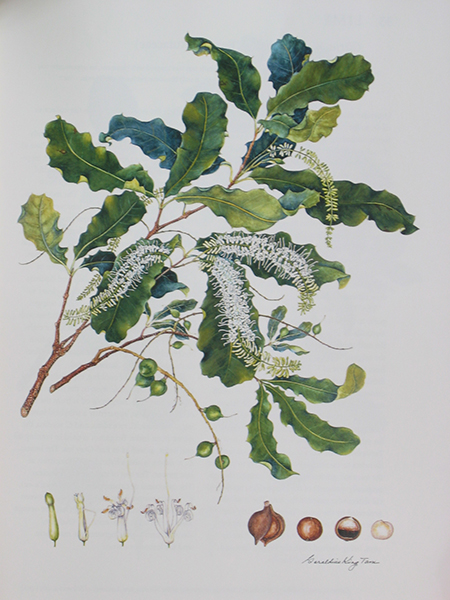 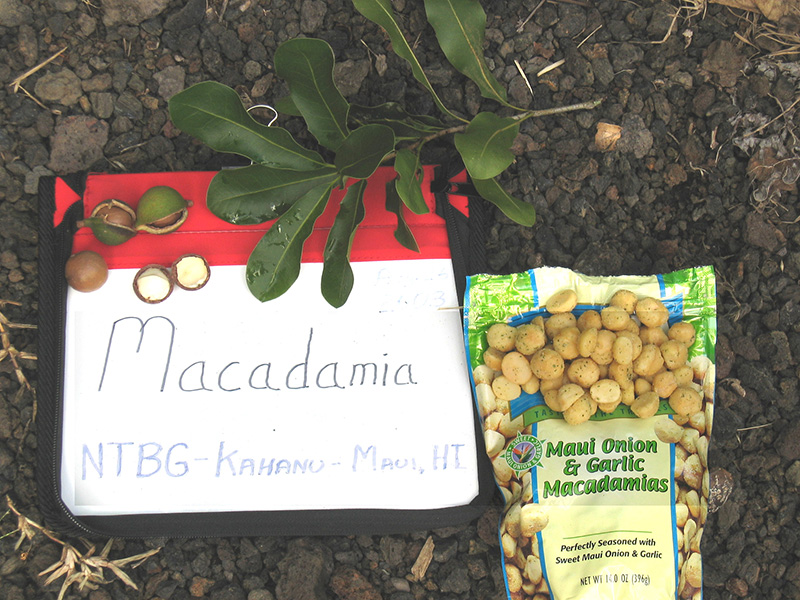 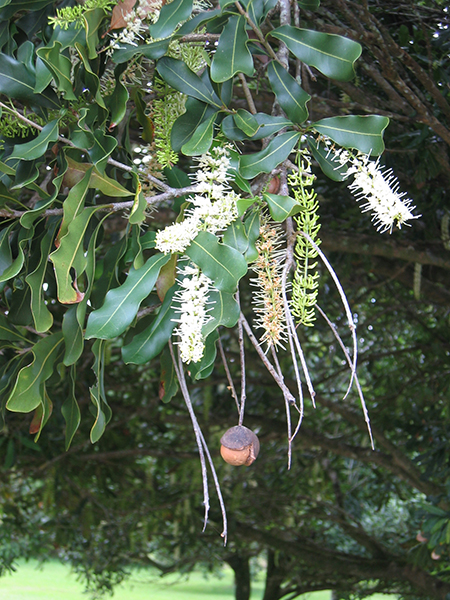 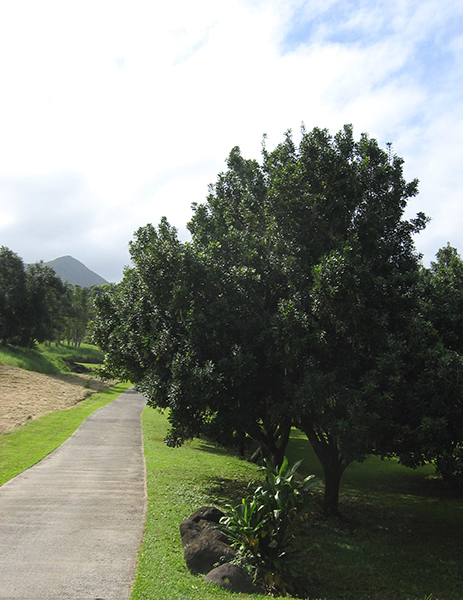 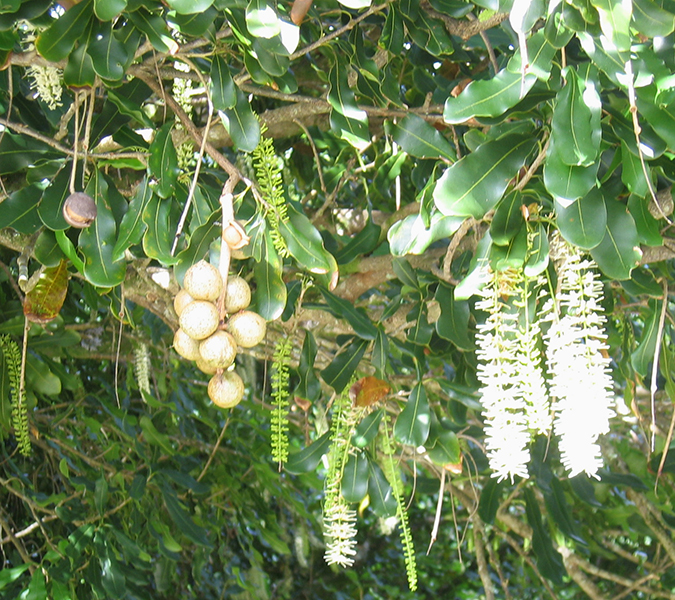 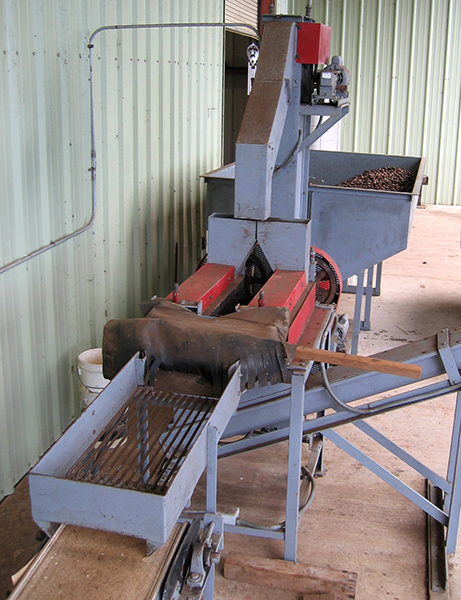 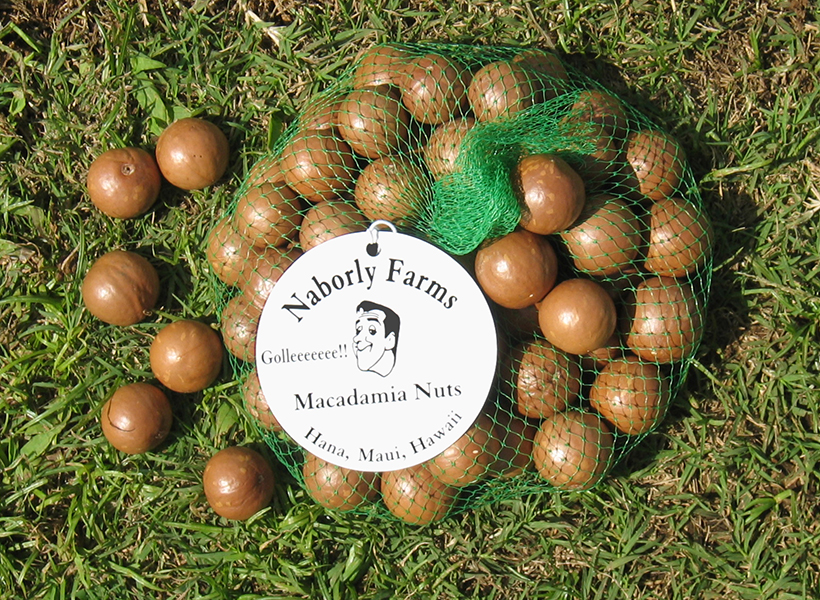 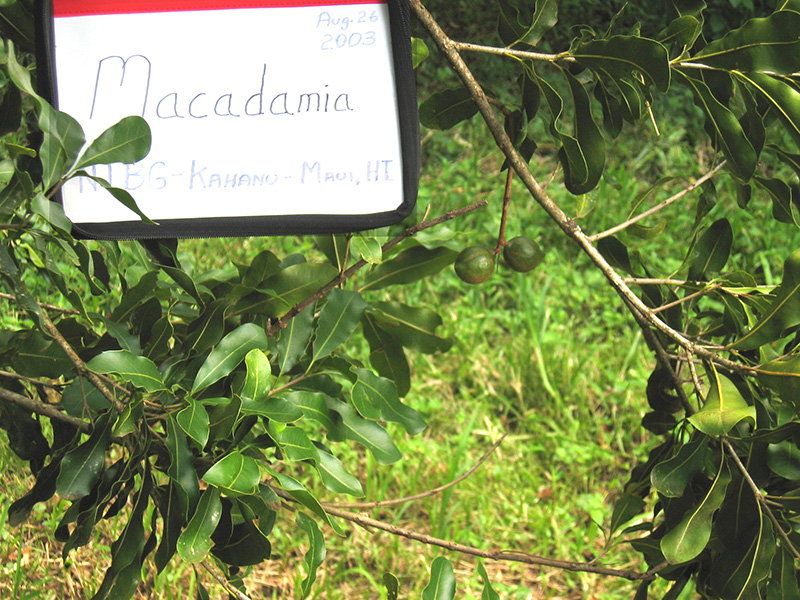 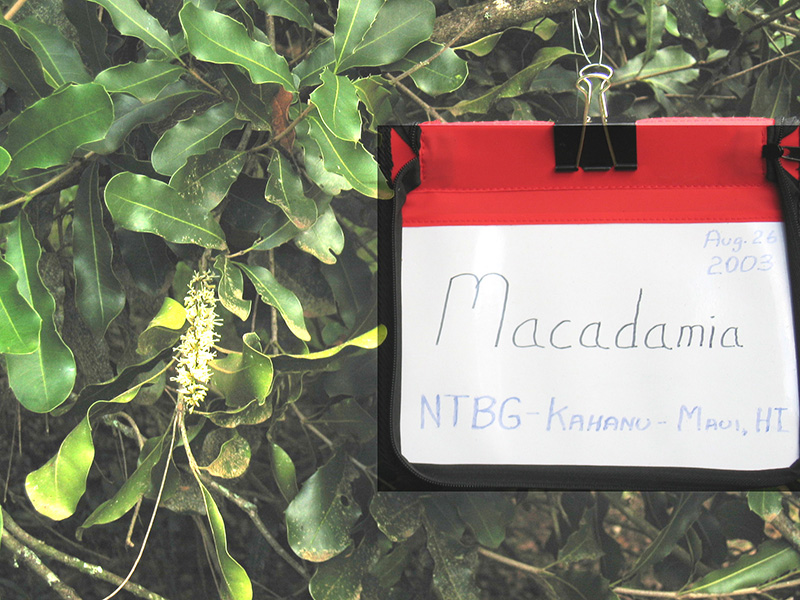 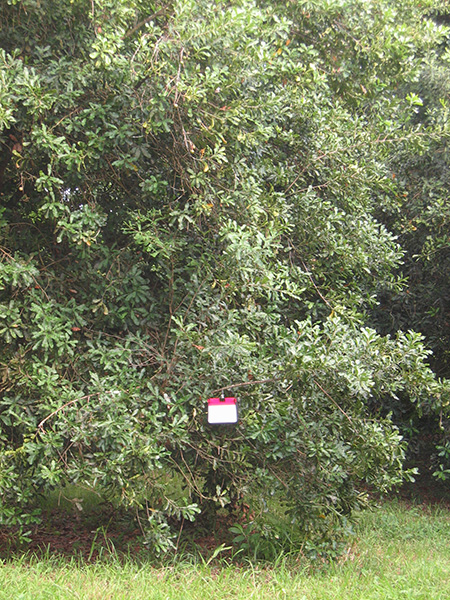 Macadamias are large, spreading evergreen trees reaching 30 to 40 ft. high and almost as wide. More upright types are known and being selected because of their suitability for closer planting. The bark is rough, brown and dark red when cut. The Macadamia has proteoid roots, dense clusters of short lateral rootlets in well defined rows around the parent root axis. The prime function of such roots appears to be in increasing the surface area of the root system for maximum absorption. The vigor of seedlings appears to be related to the degree of proteoid root development. The leaves of Macadamia integrifolia are 8 to 11 inches in length and occur usually in whorls of 3. The adult leaves are entire with few spines. New growth is pale green. Flowers are borne on long narrow racemes arising from the axils of leaves or the scars of fallen leaves. They may be borne on the new growth if it is mature, but more often on the two, or three season's growth preceding the most recently matured flushes. The flowers, about 1/2 inch long, are perfect but incomplete in that they have no petals, but four petaloid sepals. Macadamia integrifolia has creamy white flowers borne in clusters 6 to 12 inches long. Macadamia nuts have a very hard seed coat enclosed in a green husk that splits open as the nut matures. As the common name indicates, this seed coat is smooth in the case of Macadamia integrifolia. It holds a creamy white kernel containing up to 80% oil and 4% sugar. When roasted it develops a uniform color and texture.
(University of California. 2004.)
Macadamia integrifolia can also be used as a timber tree and ornamental species.

We currently have 13 herbarium specimens for Macadamia integrifolia in our collection. Click on any specimen below to view the herbarium sheet data.