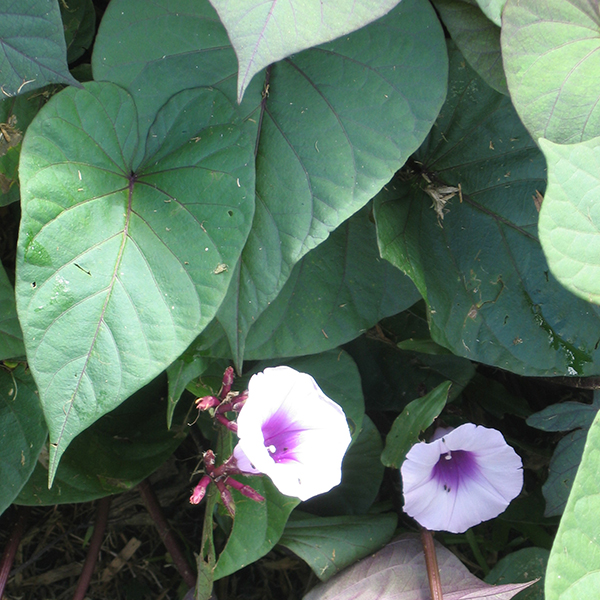 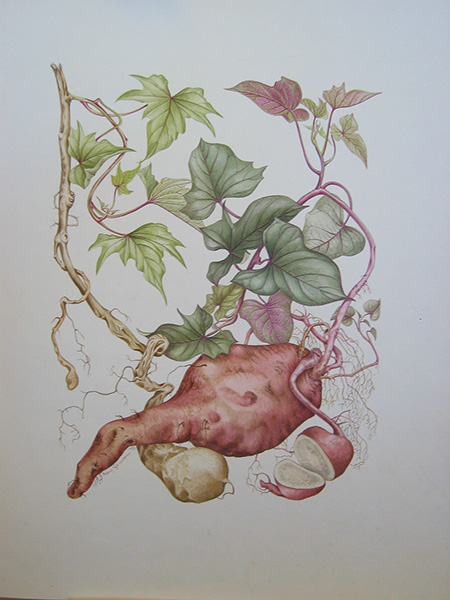 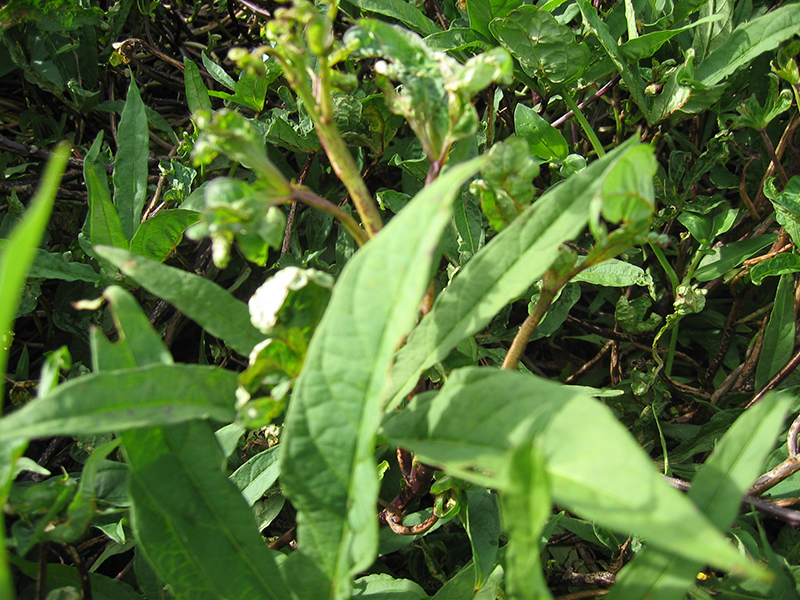 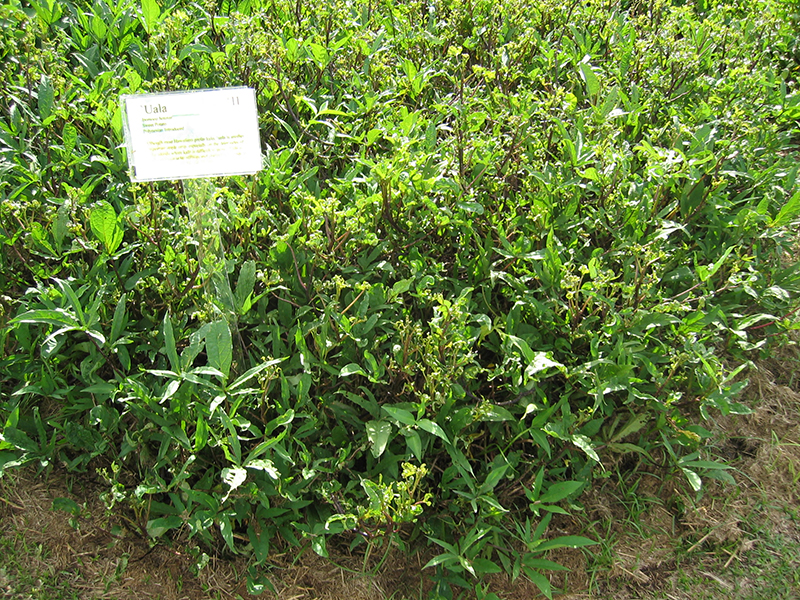 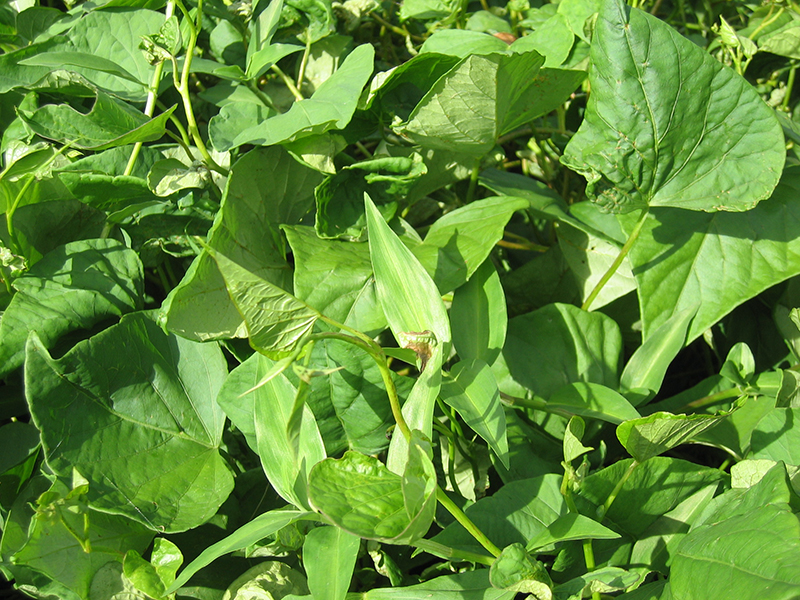 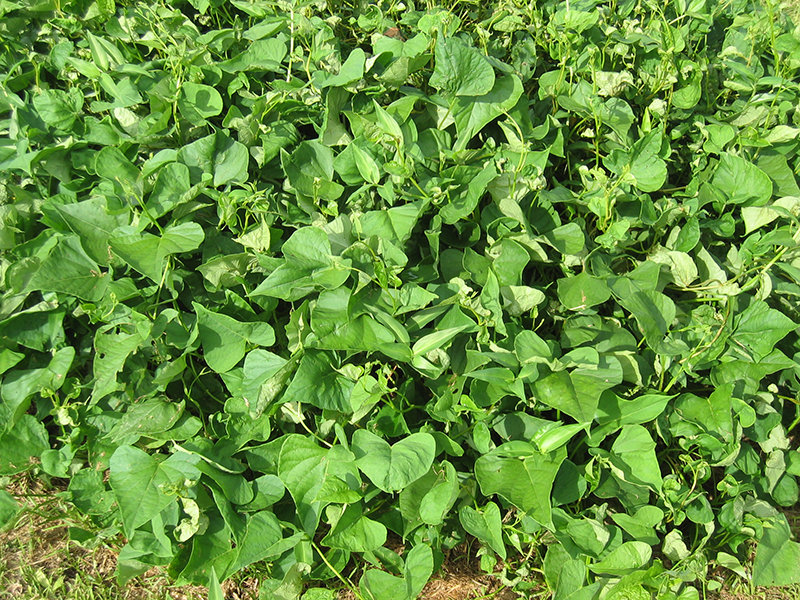 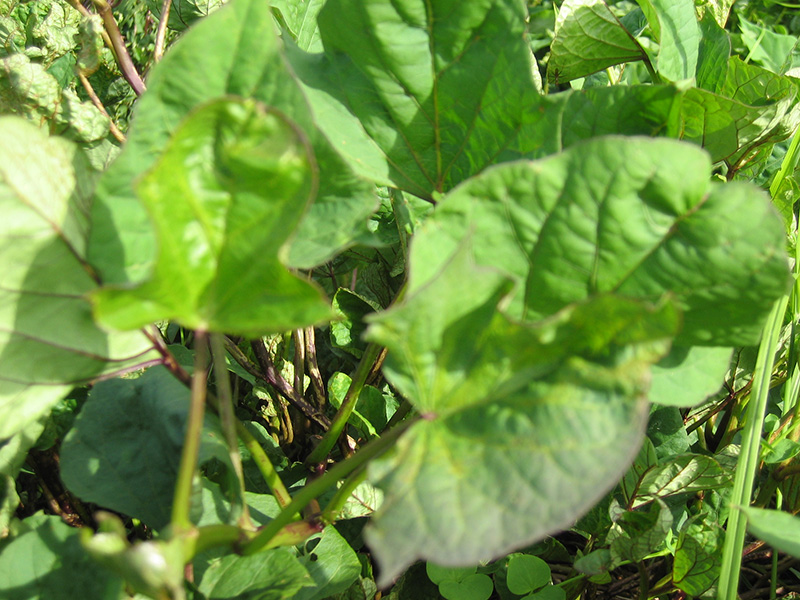 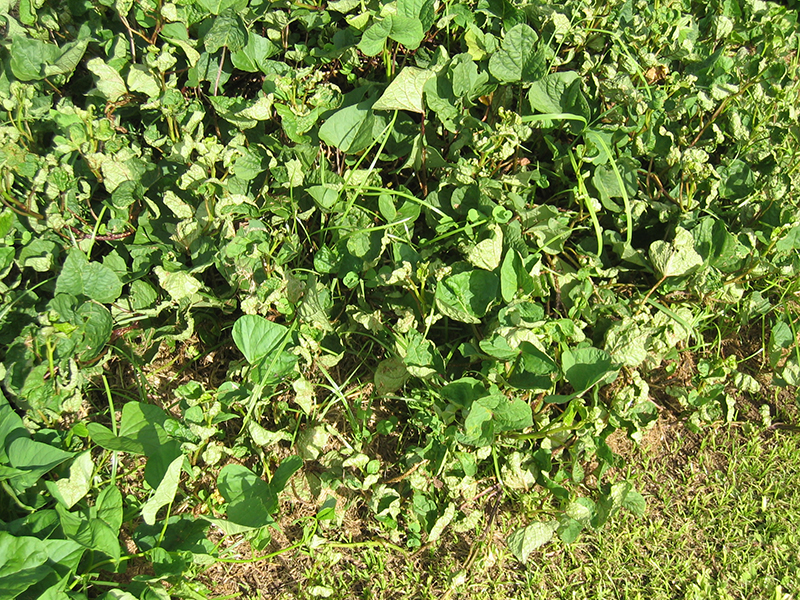 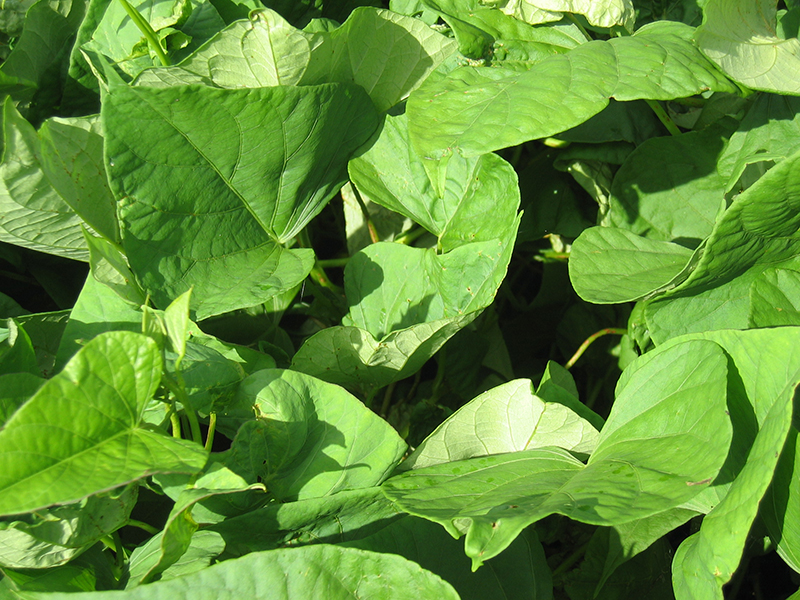 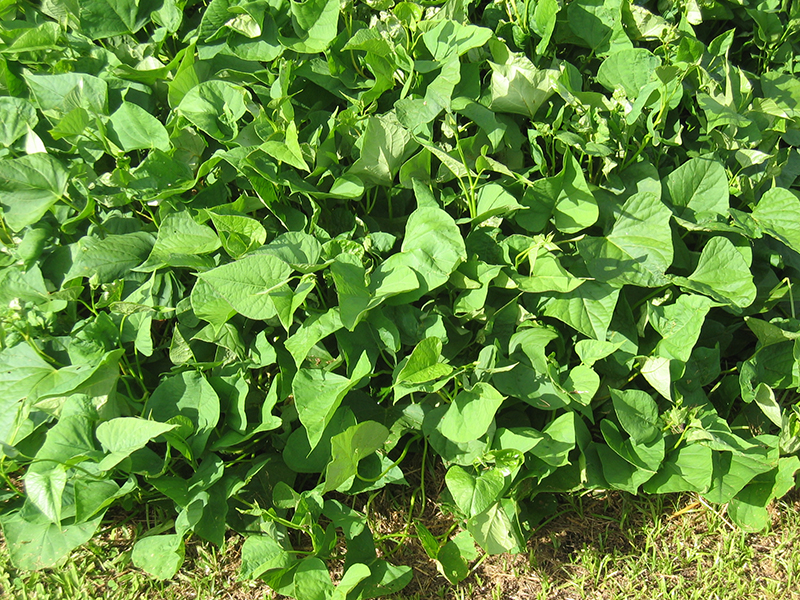 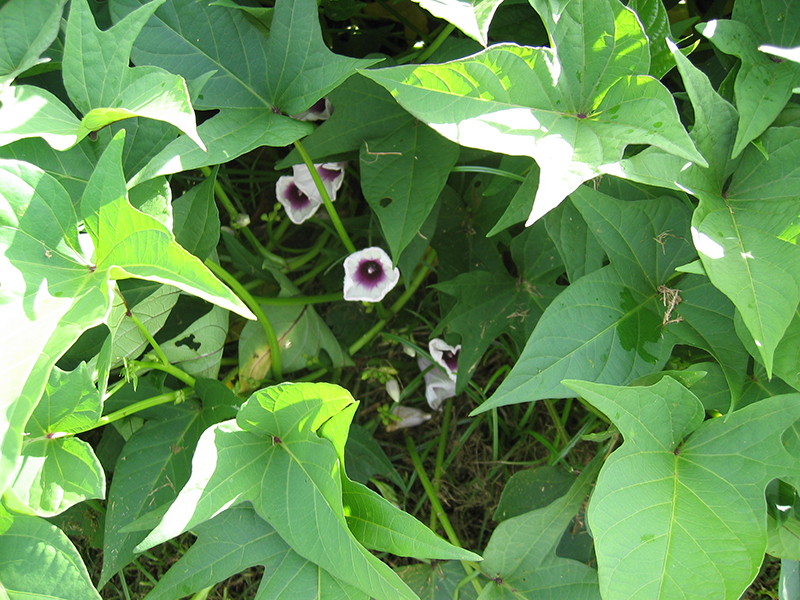 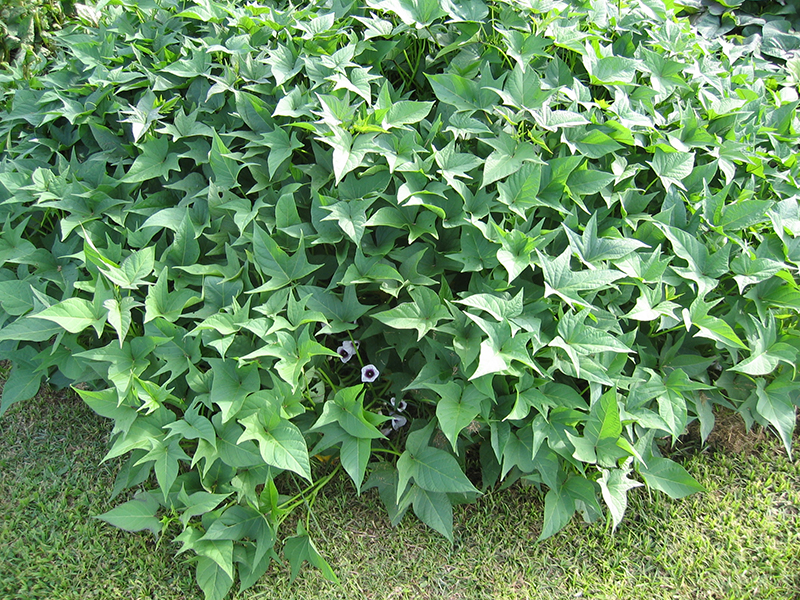 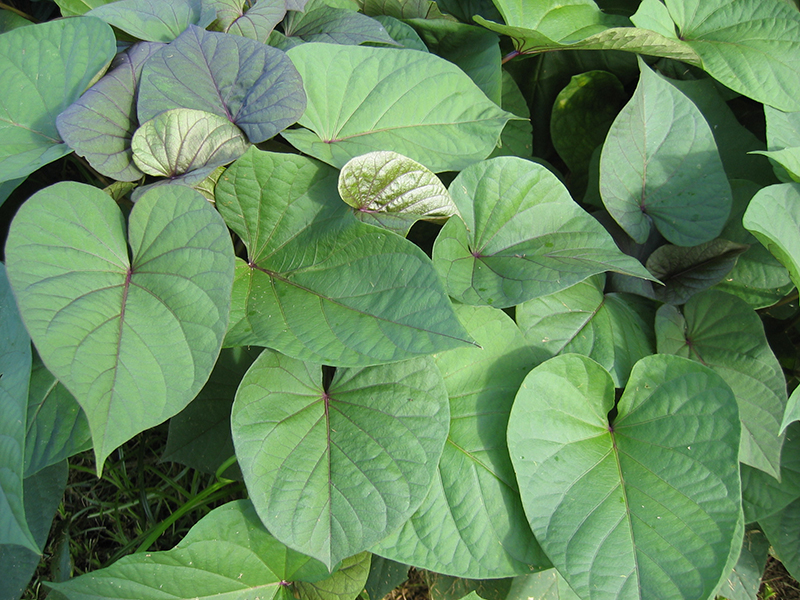 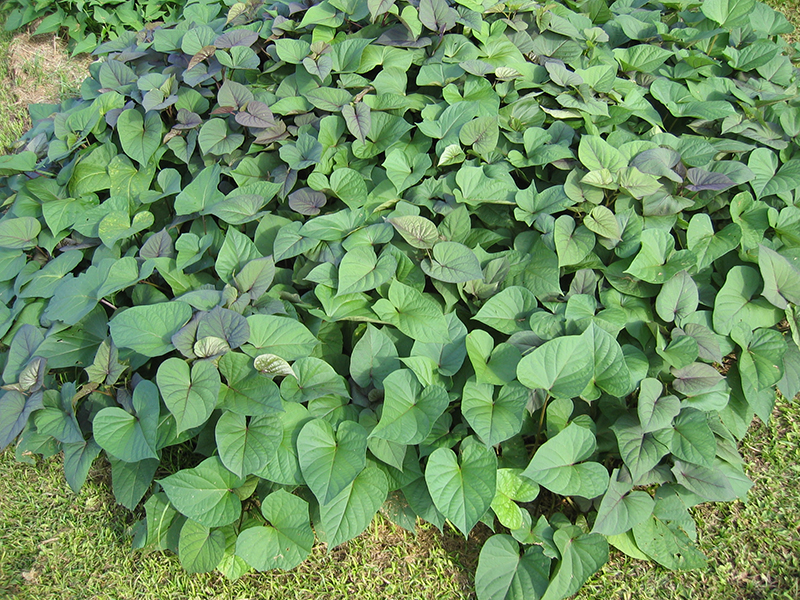 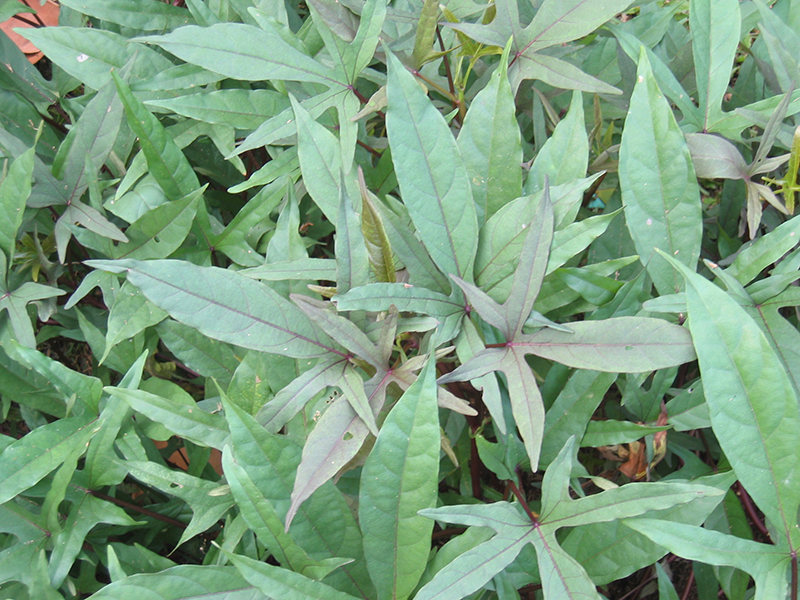 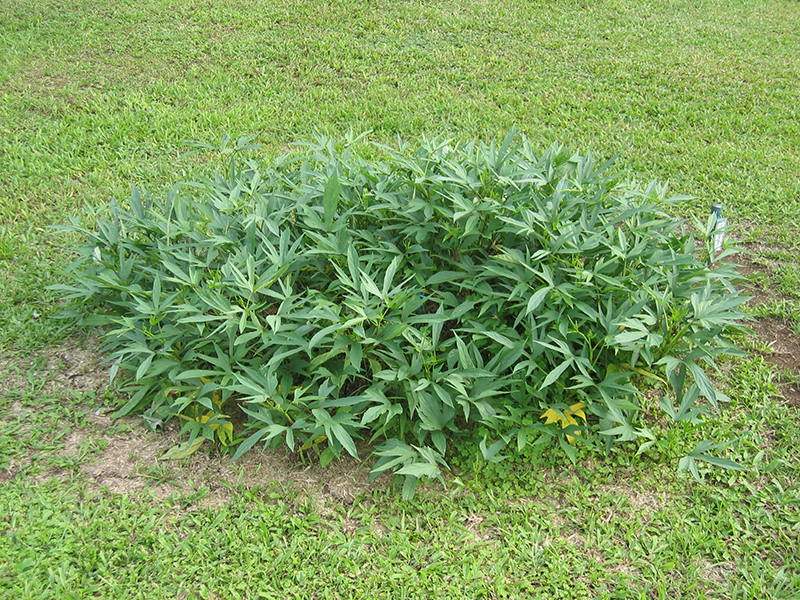 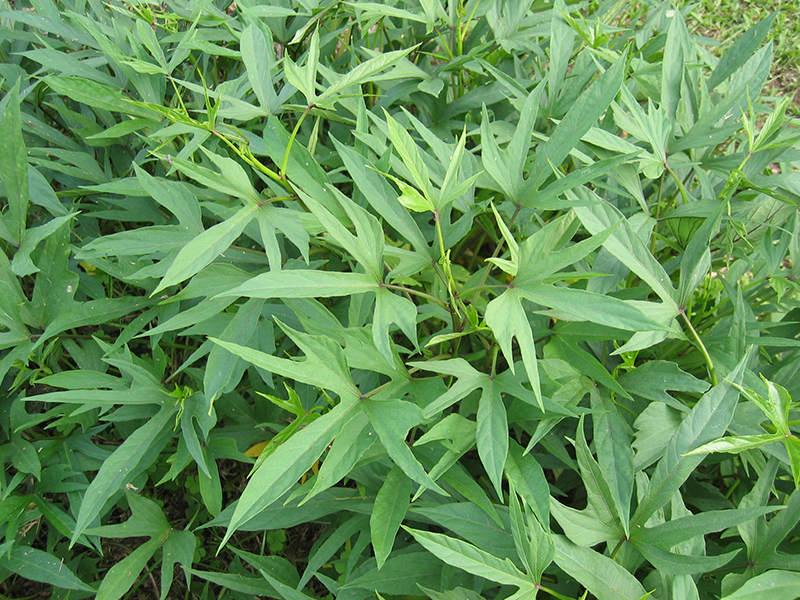 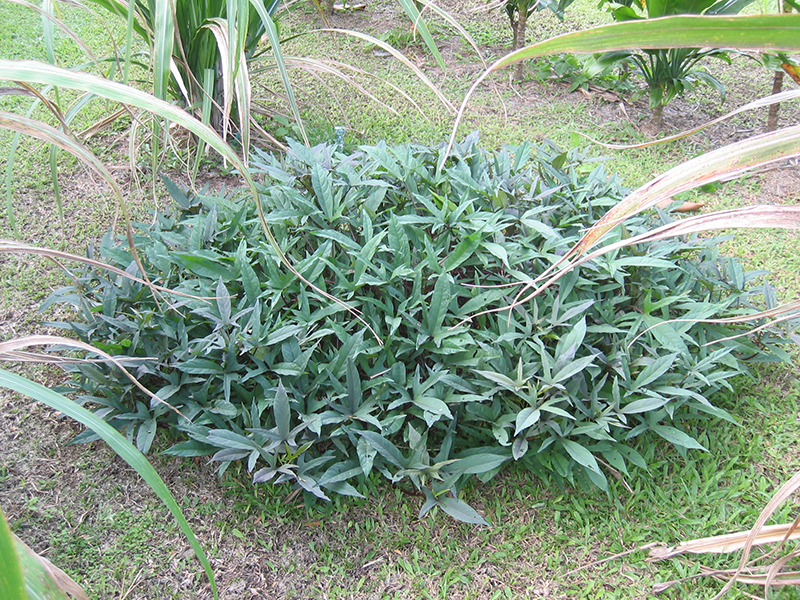 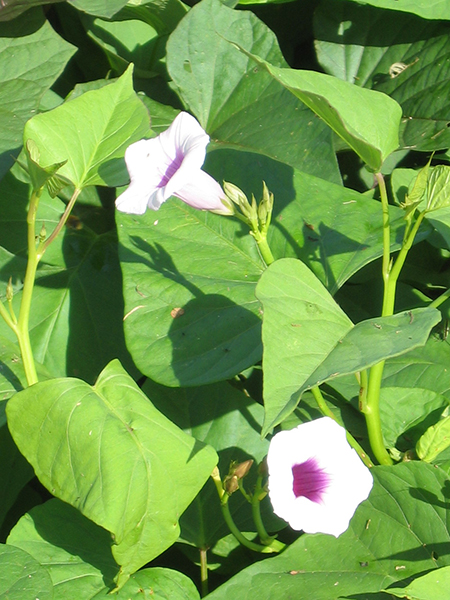 Sweet Potato is a tuberous-rooted perennial, usually grown as an annual. The top is herbaceous, drying back to ground each year. The stems are forming a running vine up to 4 m long, usually prostrate and slender, with milky juice, lateral stem-branches arising from the short stem and usually not branched. The leaves are ovate-cordate, borne on long petioles, palmately veined, angular or lobed, depending on variety, green or purplish. The flowers are white or pale violet, axillary, funnel-shaped, borne singly or in cymes on short peduncles. Fruits are pods with 1-4 seeds per pod, flattened, hard-coated, angular. (Reed. 1976.)

Some varieties of 'Uala in ancient days were used medicinally. 'Uala was used as a tonic during pregnancy and to induce lactation. Other varieties were said to cure asthma. 'Uala was also used as a laxative, and could be prepared as a gargle for sore throat and to reduce phlegm. Raw 'Uala mixed with Ti stem was used when it was necessary to induce vomiting. (Krauss, B. H. 1993. Plants in Hawaiian Culture.) (Kepler, A. K. 1998. Hawaiian Heritage Plants.)

One variety of 'Uala was used as fish bait, while old vines and leaves of 'Uala were placed beneath floor mats as padding. (Krauss, B. H. 1993. Plants in Hawaiian Culture.) (Kepler, A. K. 1998. Hawaiian Heritage Plants.) (Information for this species compiled and recorded by Camelia Cirnaru, NTBG Consultant.)

'Uala is thought to be of tropical South American origin, and was brought to Hawai'i by early Polynesian settlers as an important staple in their diet. There are many varieties of Ipomoea batatas, most maturing in 3-7 months from time of planting. (Krauss, B. H. 1993. Plants in Hawaiian Culture.) (Kepler, A. K. 1998. Hawaiian Heritage Plants.)

The leaves of 'Uala may be steamed, boiled or baked. The tuber is a carbohydrate. A good source of Vitamin A, calcium and phosphorus, most of the nutrients are near the skin. Therefore, it is nutritionally best to steam or bake the potatoes in their scrubbed skins in an oven or in an imu, rather than to boil them. If mixed with water, the cooked, skinned and mashed 'Uala makes a sweet potato poi. The tubers and greens are also used as food for livestock, especially pigs. (Krauss, B. H. 1993. Plants in Hawaiian Culture.) (Kepler, A. K. 1998. Hawaiian Heritage Plants.)

We currently have 16 herbarium specimens for Ipomoea batatas in our collection. Click on any specimen below to view the herbarium sheet data.