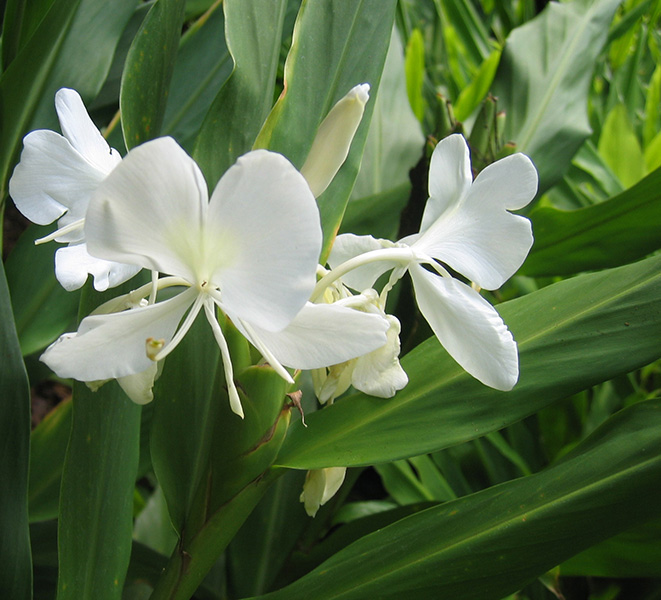 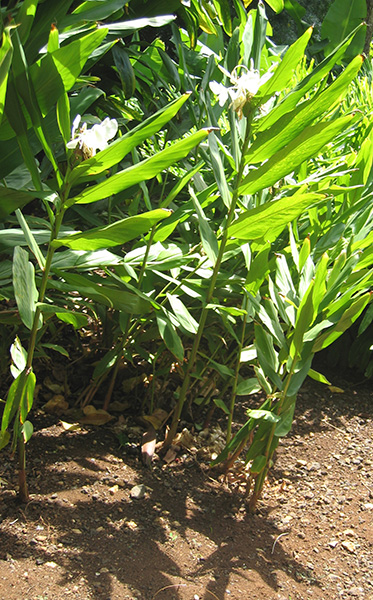 Erect herb with stems 1 m tall. The leaves are narrowly oblong or lanceolate, acuminate, about 50-60 cm long, 10 cm wide with short petiole. Pure white, showy flowers emerge from one large bud sometime in late spring through summer at the tip of each unbranched stem. Each flower lasts about one day. Several hundred flowers can appear from each bud during a 6 week period. These herbaceous perennials spread by underground rhizomes, often forming dense clumps of multiple stems.
(Wagner.1990.)
The sweet smelling white flowers are very popular in Hawaii and they are used in leis. Also, the Butterfly Ginger is one of the nicest gingers for the home landscape because its sweet and persistent fragrance that is so enjoyable.
(Kepler, A. K. 1998. Hawaiian Heritage Plants.)
White Ginger Lily is native to Eastern India.
In Hawai'i this species is frequently cultivated and naturalized in mesic forest.
(Wagner et al.1999.)

We currently have 11 herbarium specimens for Hedychium coronarium in our collection. Click on any specimen below to view the herbarium sheet data.