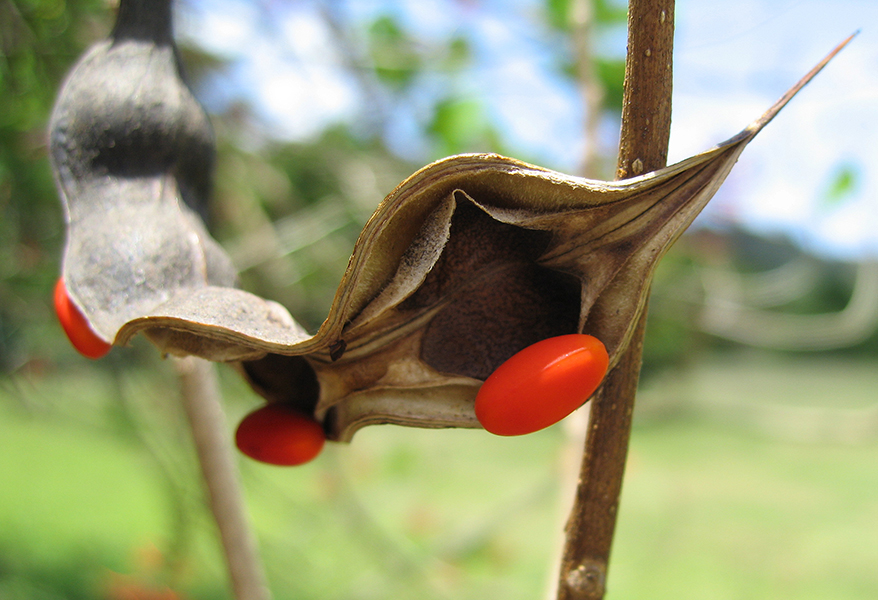 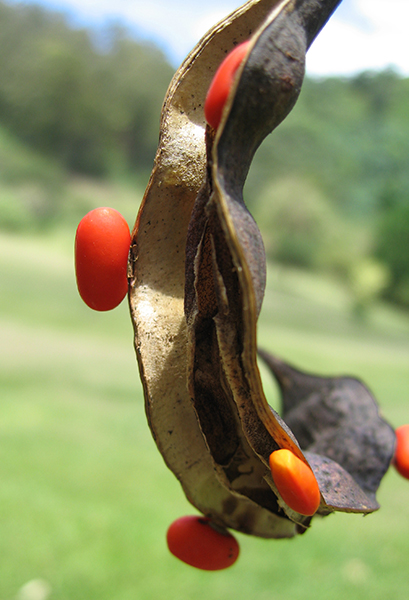 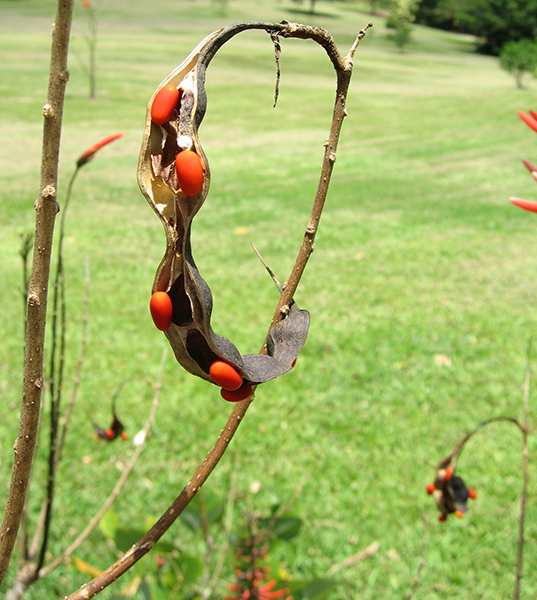 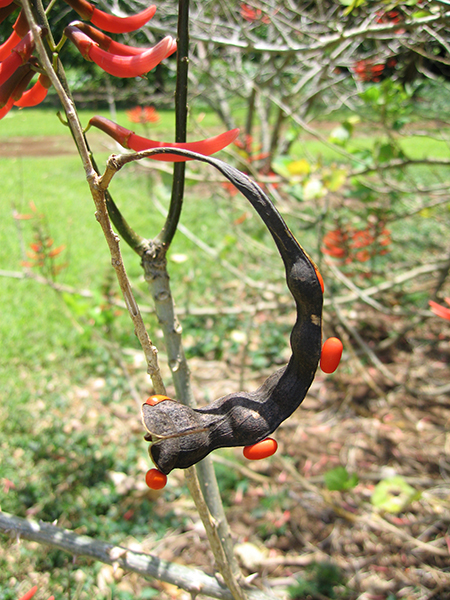 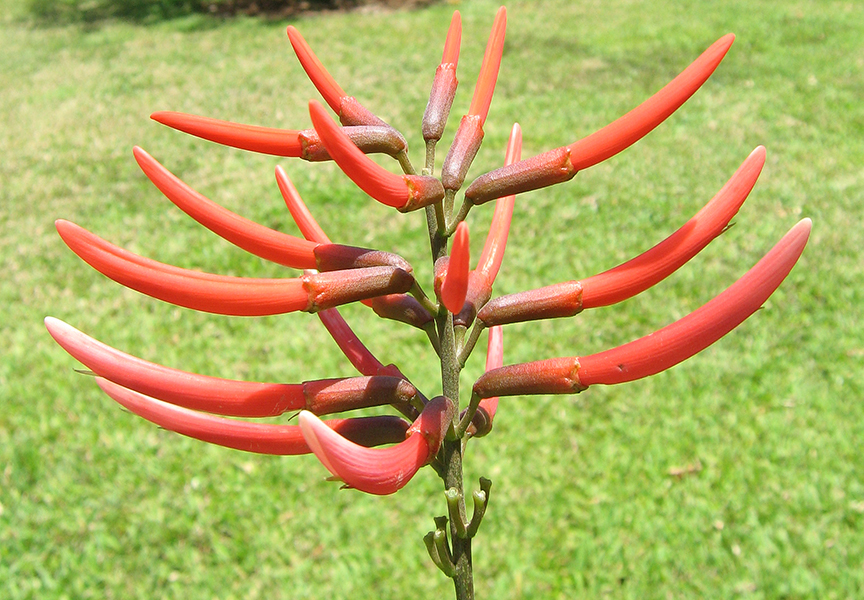 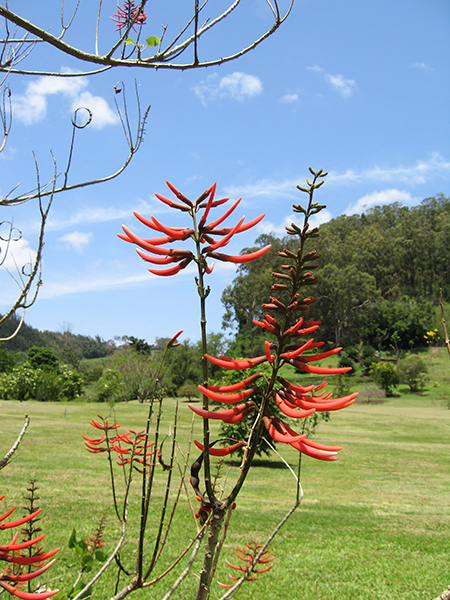 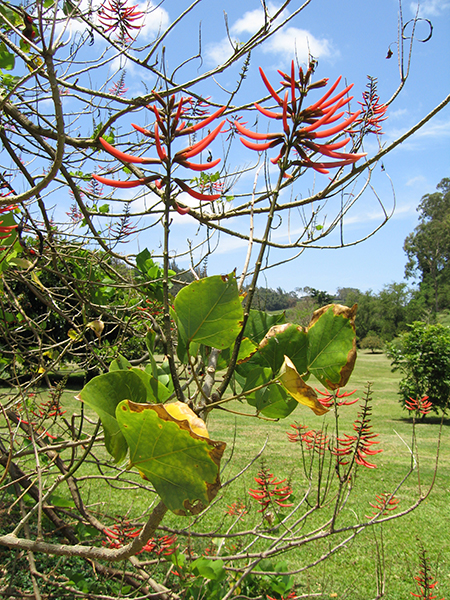 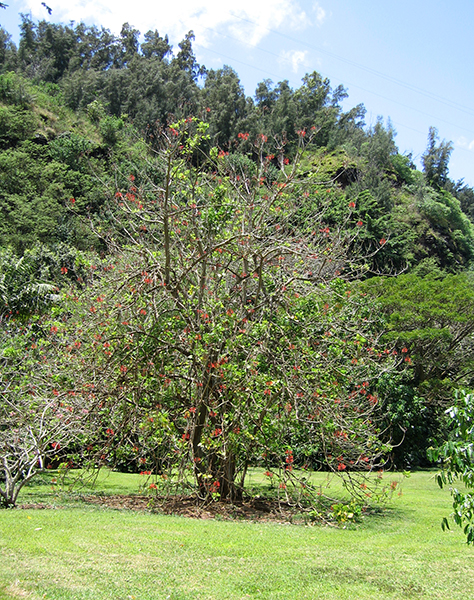 
Occurring as a spiny vine or tree, the species is known from a small population of about 12 individuals in Nevarez in Puerto Rico, and from three to six isolated trees and a population of 30-50 trees in Virgin Islands National Park on St John.
Plants elsewhere are believed to be cultivated.
(U.S. Fish and Wildlife Service. 1996.)

Apparently, the species is currently threatened by an exotic species of boring insect that has not yet been identified.
(The Stanford Lab Research Report. 2002.)

Currently, fewer than 75 plants remain in the wild. The species is listed as threatened and endangered.
(Center for Plant Conservation. 2002.)
(The IUCN Red List of Threatened Species.)

Habitat destruction is the primary threat for Erythrina eggersii. The existing populations are potentially threatened by grazing and quarrying. In cultivation there is some indication that the plants die before reaching reproductive maturity.
(The IUCN Red List of Threatened Species.)

Ecological relationships are unknown. Information on this species general biology and ecology are needed to aid in conservation efforts.
Populations need to be identified and protected.
(Center for Plant Conservation. 2002.)

We currently have 1 herbarium specimens for Erythrina eggersii in our collection. Click on any specimen below to view the herbarium sheet data.