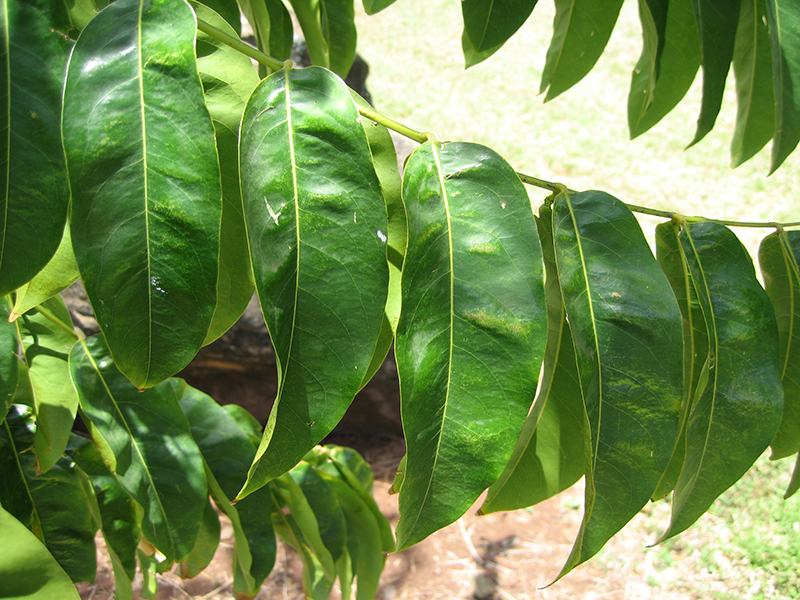 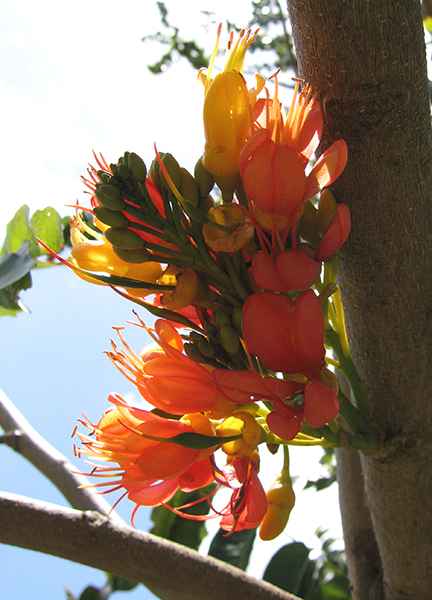 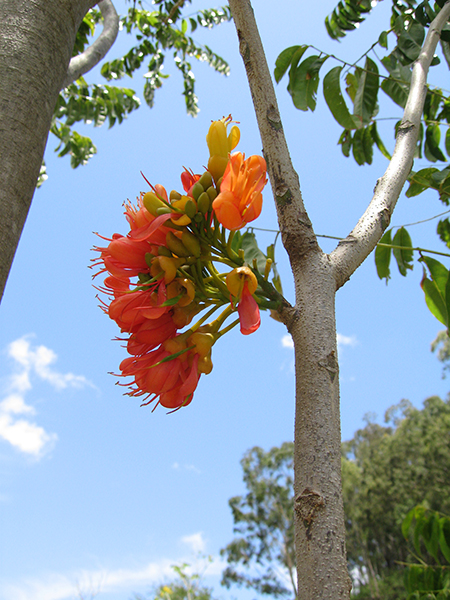 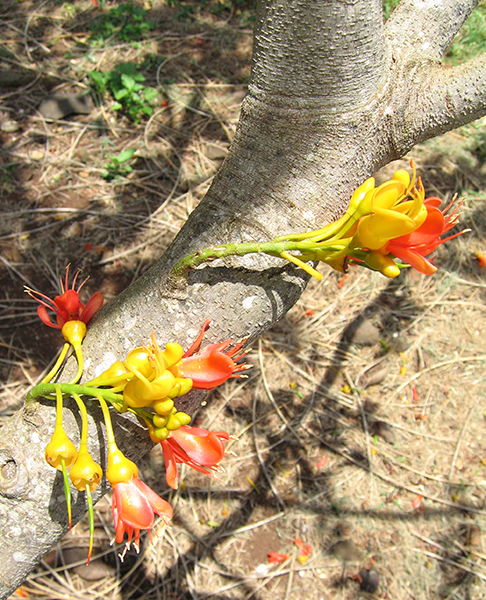 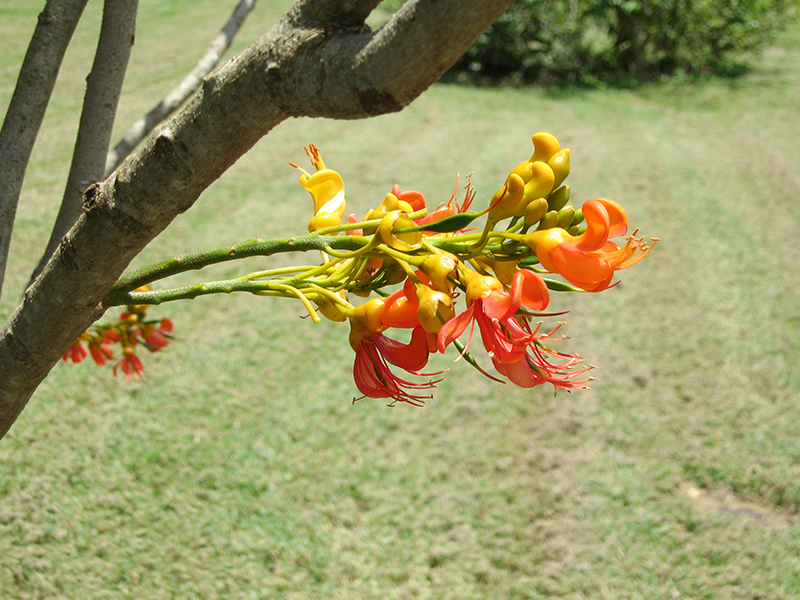 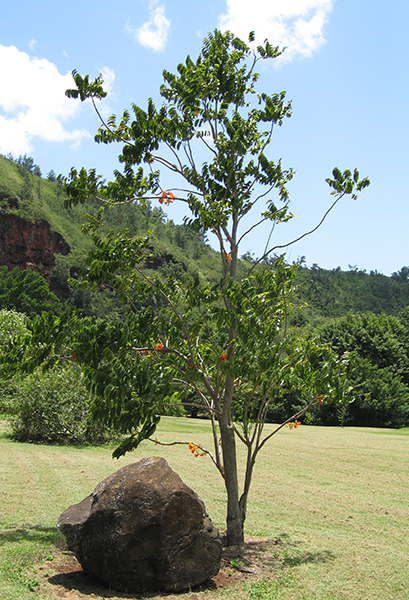 This is a beautiful evergreen tree growing up to 130 feet tall in the wild with a very dense crown of dark green, glossy pinnate leaves about 5 inches long. During October and November the tree produces sprays of bright red and yellow, pea-shaped flowers, 1.2 to 1.6 inches long (3-4 cm), with very long white stamens. The fruits are large, woody cylindrical pods, brown, turning black in fall when they ripe, 5 to 8 inches long. Inside they have 3 to 5 cells separated by a spongy substance, each containing a large, brown bean-shaped seed.
(Elliot, W.R. & Jones, D.L. 1982. Encyclopaedia of Australian Plants Suitable for Cultivation.)
Because of their content of saponins the leaves and seeds are toxic to livestock and humans.
(Bown, D. 1995. Encyclopaedia of Herbs and their Uses)

The wood is one of Australia's most attractive cabinet timbers and is highly prized for carved work, furniture, panelling, plywood and joinery.
(Cribb., A. B. and J. W. 1981. Useful Wild Plants in Australia.)

It occurs in rainforest in northern Queensland, Australia from where it extends to New Caledonia and the New Hebrides.
(Elliot, W.R. & Jones, D.L. 1982. Encyclopaedia of Australian Plants Suitable for Cultivation.)
Although the seeds are poisonous the Aborigines eat them after careful preparation. First they slice the seeds, wash them in water for several days to remove toxic substances and then they roast the seeds. They also used to pound the seeds to a coarse powder and use it to make bread.
(Low, T. 1989. Wild Food Plants of Australia.)
The nectar of the flowers attracts insects, birds and bats. Four different kinds of flying foxes pollinate the Black Bean tree flowers and the birds also pollinate the flowers.
(Elliot, W.R. & Jones, D.L. 1982. Encyclopaedia of Australian Plants Suitable for Cultivation.)
According with Dr. Iggy Soosay (lecturer at the Graduate School of Integrative Medicine at Swinburne University in Melbourne) the seeds contain castanospermine, an alkaloid, which has proven to have anti-cancer properties and to reduce the ability of the human immunodeficiency virus (HIV) to infect cultured cells.

We currently have 5 herbarium specimens for Castanospermum australe in our collection. Click on any specimen below to view the herbarium sheet data.