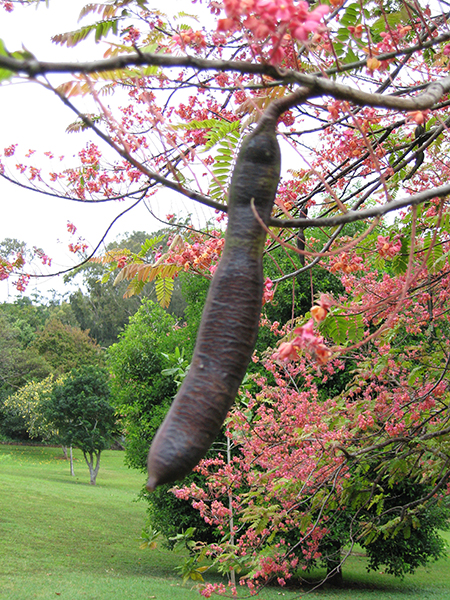 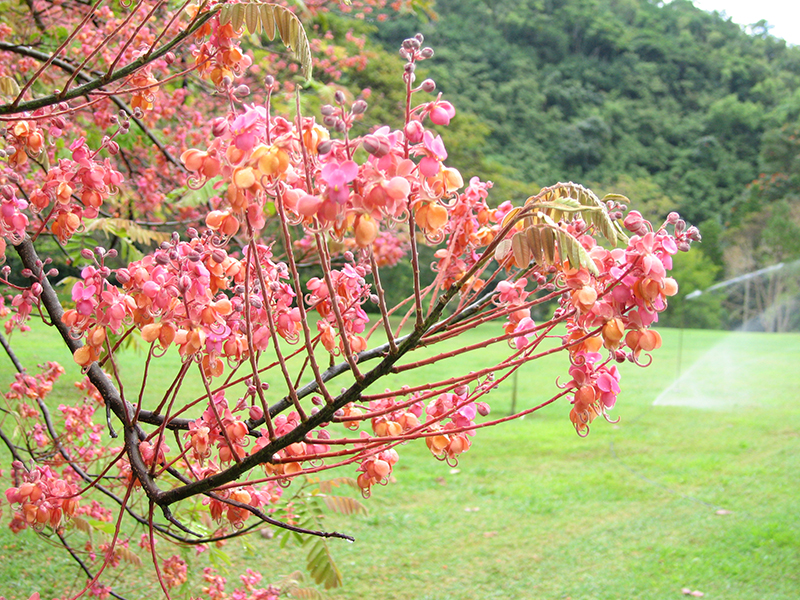 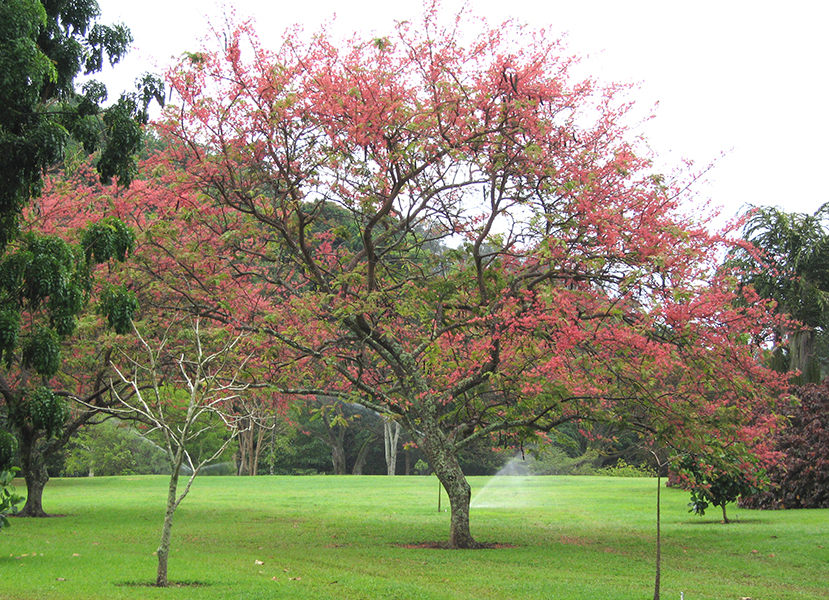 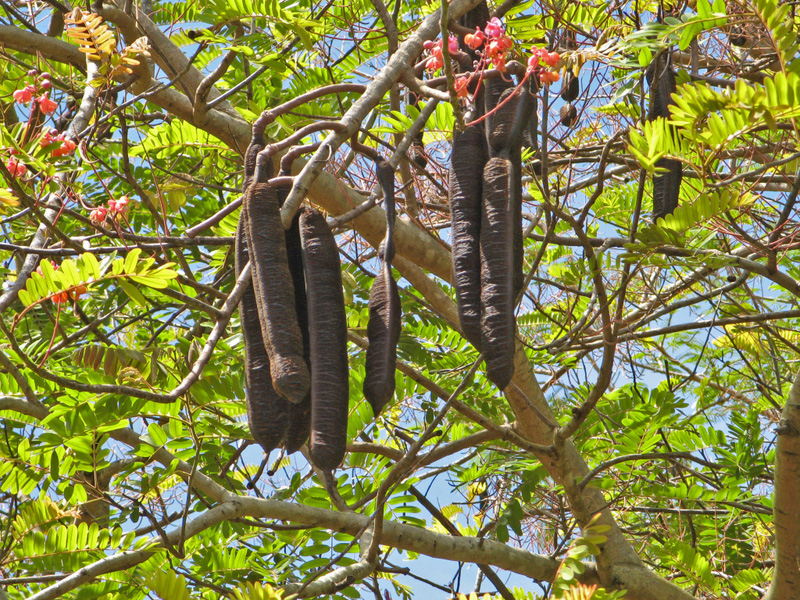 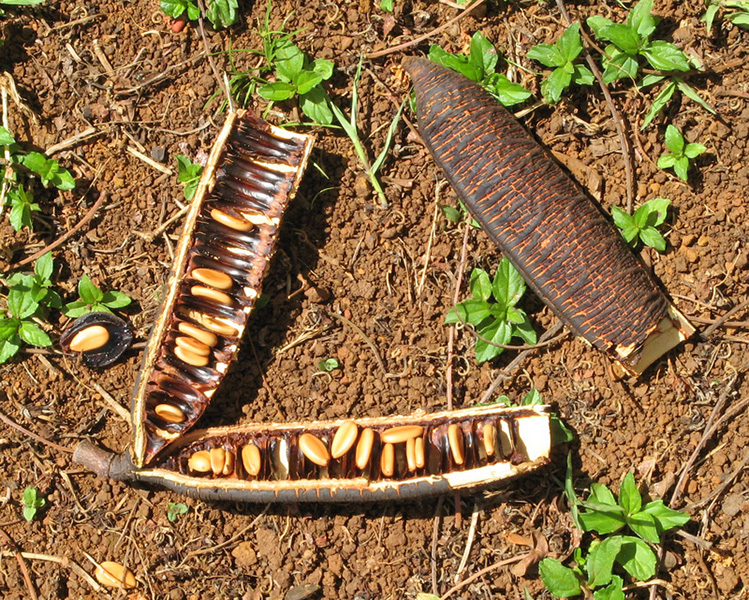 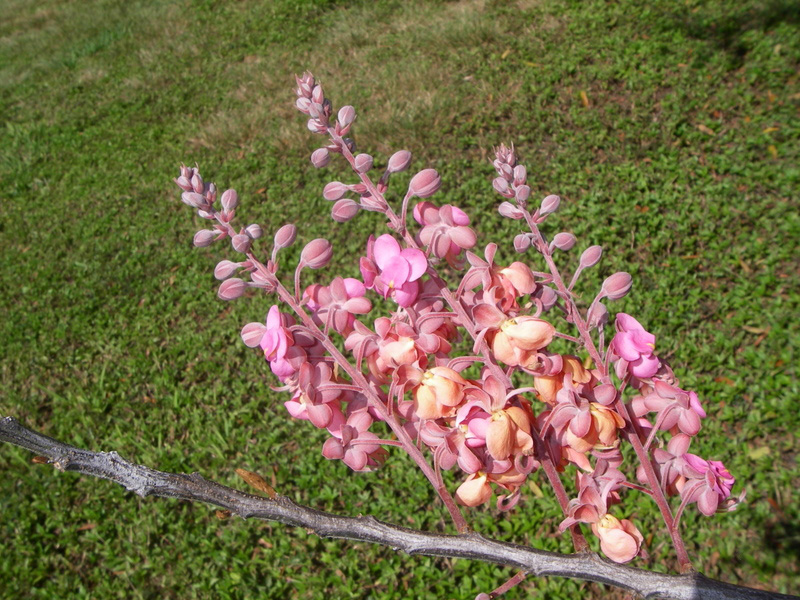 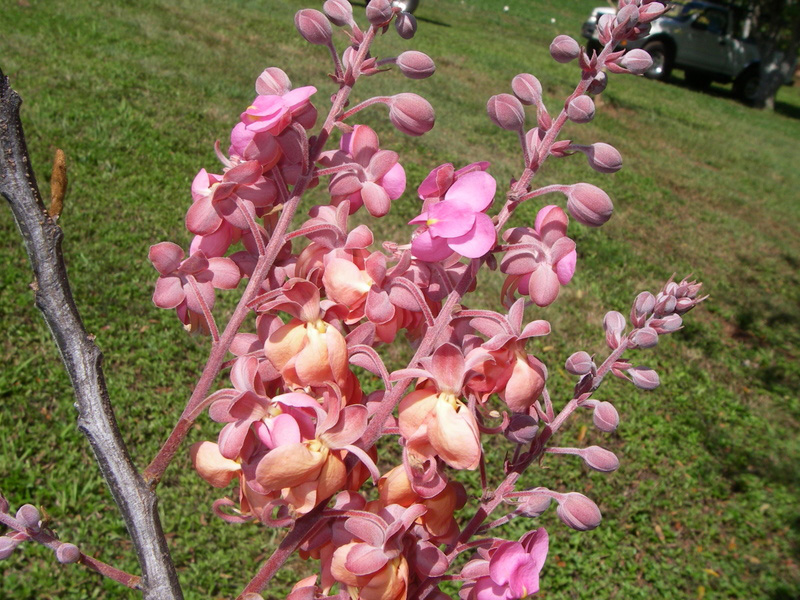 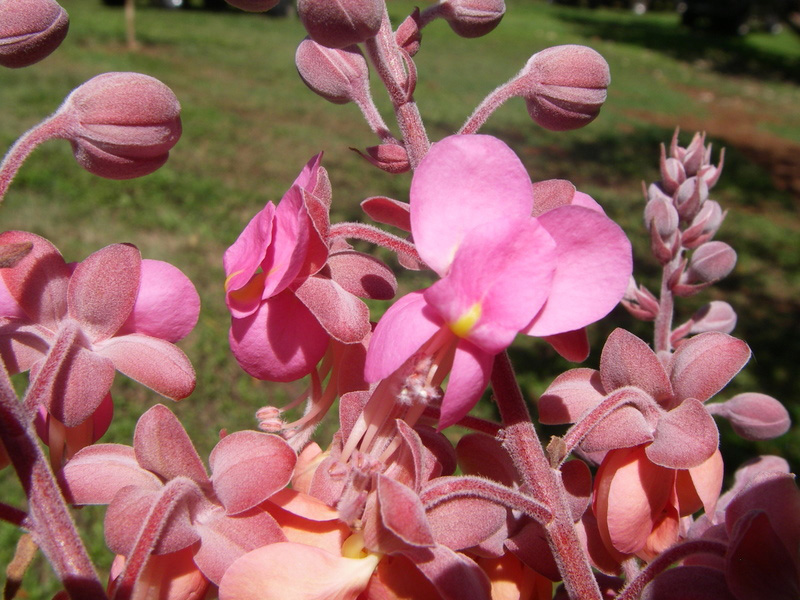 Cassia grandis is a large tree with a dense, umbrella-shaped canopy and smooth pale gray bark. The leaves are large and each of them is composed of about 16 pairs of leaflets. The leaflets have two-toned coloration with green above and maroon below. During the tree short leafless period, between March and April, the tree produces abundant flowers in long axillary racemes. Their display pastel shades of pink and orange, covering the entire crown, since the name Pink Shower. Each flower has five large, lavender sepals and five rounded, peach colored petals, three large stamens and a long, curved pistil. The petals are not uniform in shape and the uppermost petal has a yellow patch in the end.
Fruits are produce from the long pistils as they begin to expand. First, they are visible as green strings dangling below foliage, than as they reach full size and begin to mature, they turn brown and start drying, becoming woody. Each fruit is about 40cm long and cylindrical in shape. Inside they have compartments with papery walls containing flattened, round, tan-colored seeds and large quantities of thick, strong smelling and dark colored honey-like substance with an unpleasant smell. The fruits persist on the tree all year.
(Heywood, V. H. and Whitmore, T. C. 1978. Sapotaceae in Flowering plants of the world)
The pungent honey-like substance found abundantly in the pods is sometimes mixed with milk and consumed as refreshment. It is said to have medicinal properties and, among other things, to help fight anemia and add iron to the blood. A liquid antiseptic can be obtained from the roots and leaves, while the flowers are used in many household remedies.
(Allen, P. H. 1956. The rain forests of the Golfo Dulce.)

The seeds are used for crafting beautiful leis in Hawaii.

We currently have 4 herbarium specimens for Cassia grandis in our collection. Click on any specimen below to view the herbarium sheet data.