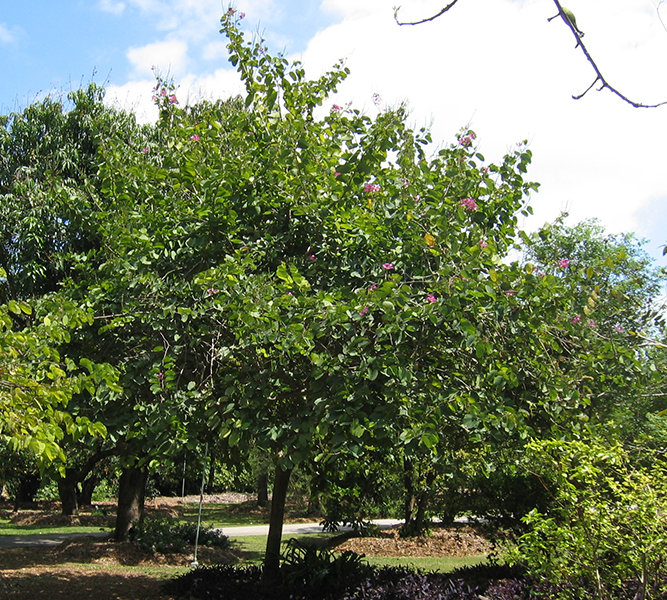 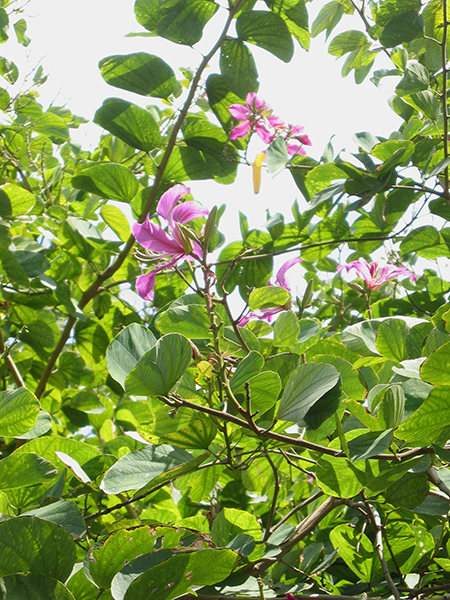 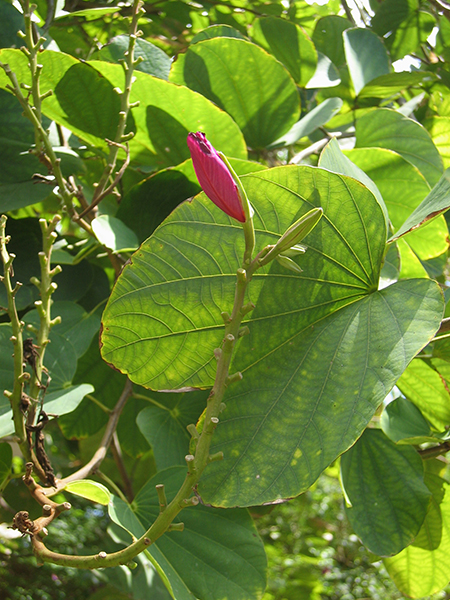 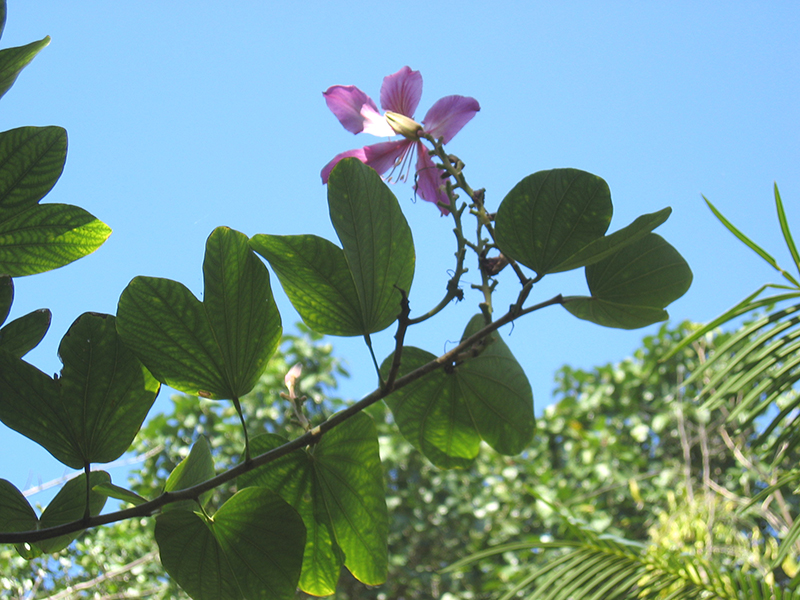 Growing 20 to 40 feet in height, Hong Kong Orchid Tree displays a rounded, spreading canopy composed of large, thick green-gray leaves, 6 to 8 inches in diameter. Like all the Bauhinia species, the leaves are double lobed, similar to a heart, 3 to 4 inches long, 4 to 5 inches broad with a deep split in the middle. Large orchid-like flowers in multiple shades of purple, rose, and pink appear in summer, fall and early winter months, when little color is present in the garden. These flowers are sterile and will not set seed so the plant will not drop long pods as other Orchid Trees. (Lau, C.P.Y., Ramsden, L. and Saunders, R.M.K. 2005. Hybrid origin of Bauhinia xblakeana. American Journal of Botany, 92:3 525 â€“ 533.)

In addition to the fact that this tree has very showy flowers the Hong Kong orchid tree is a perfect choice for planting in urban landscapes because being a sterile tree will not become a pest in the landscape. (Lau, C.P.Y., Ramsden, L. and Saunders, R.M.K. 2005. Hybrid origin of Bauhinia Ã—blakeana. American Journal of Botany, 92:3 525 â€“ 533.)

This is a completely sterile hybrid between Bauhinia purpurea and Bauhinia variegata. The flower of Bauhinia xblakeana was adopted as the emblem of Hong Kong. The tree was originally described as a new species in 1908 after being discovered on the shore of Hong Kong Island near Pokfulam around 1880 and was named after a Hong Kong governor Sir Henry Blake who had a strong interest in botany. (Lau, C.P.Y., Ramsden, L. and Saunders, R.M.K. 2005. Hybrid origin of Bauhinia xblakeana. American Journal of Botany, 92:3 525 â€“ 533.)

We currently have 2 herbarium specimens for Bauhinia ×blakeana in our collection. Click on any specimen below to view the herbarium sheet data.