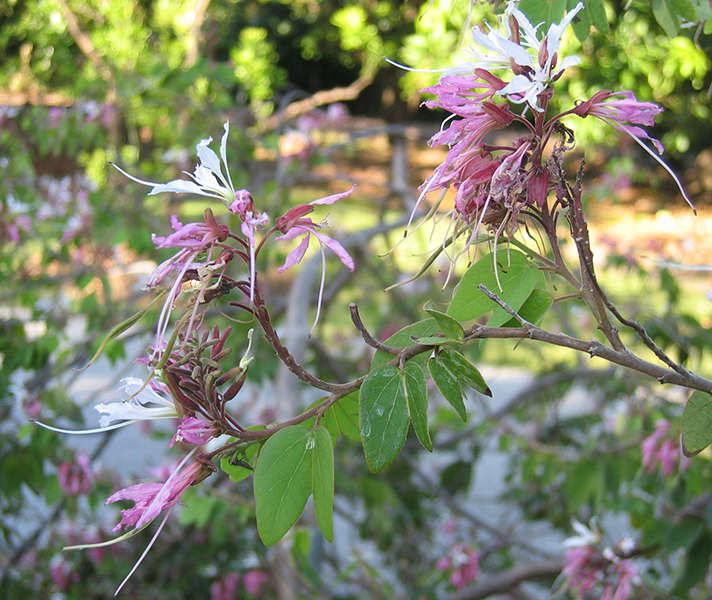 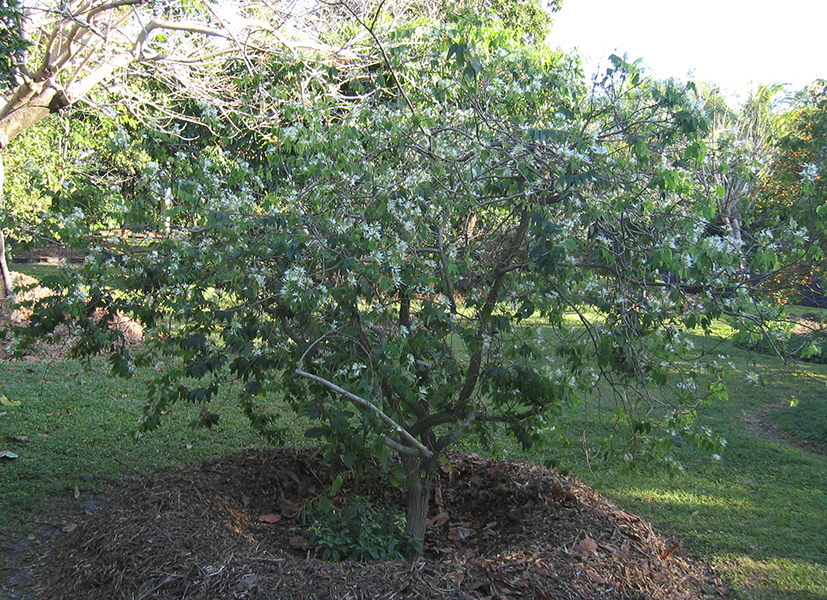 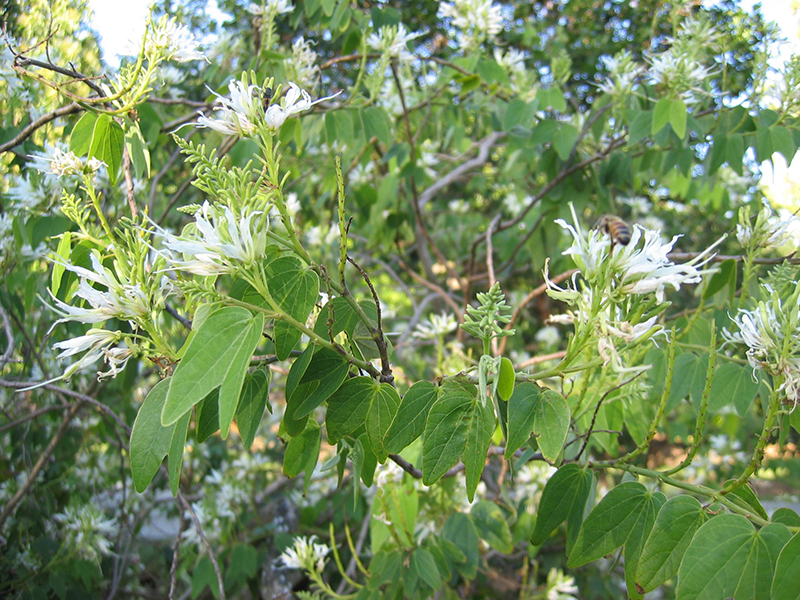 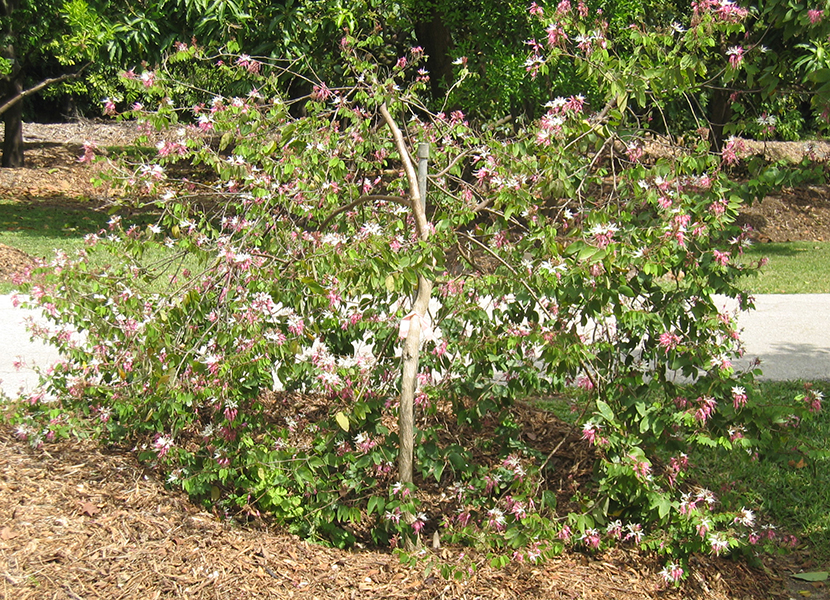 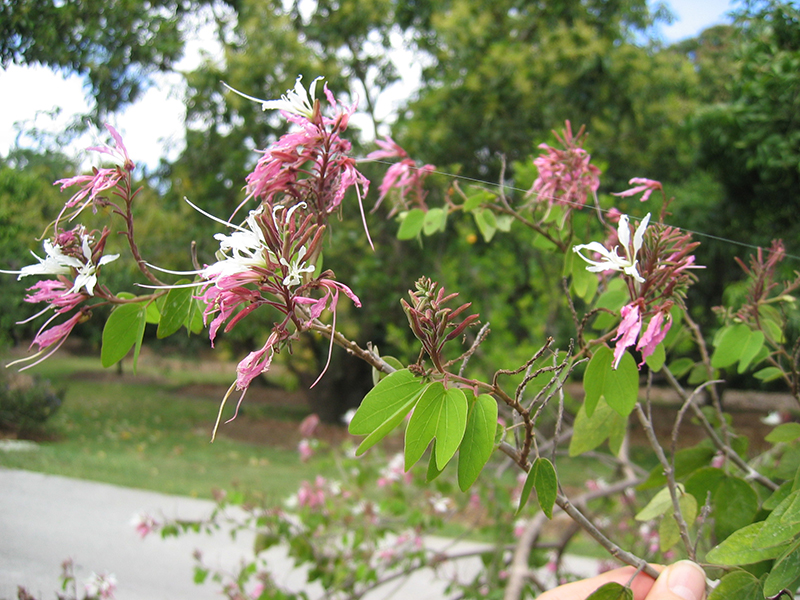 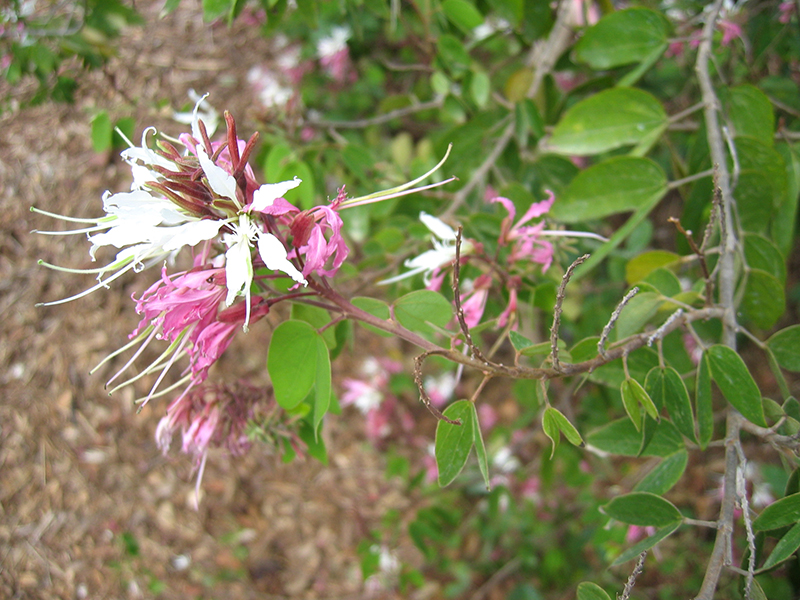 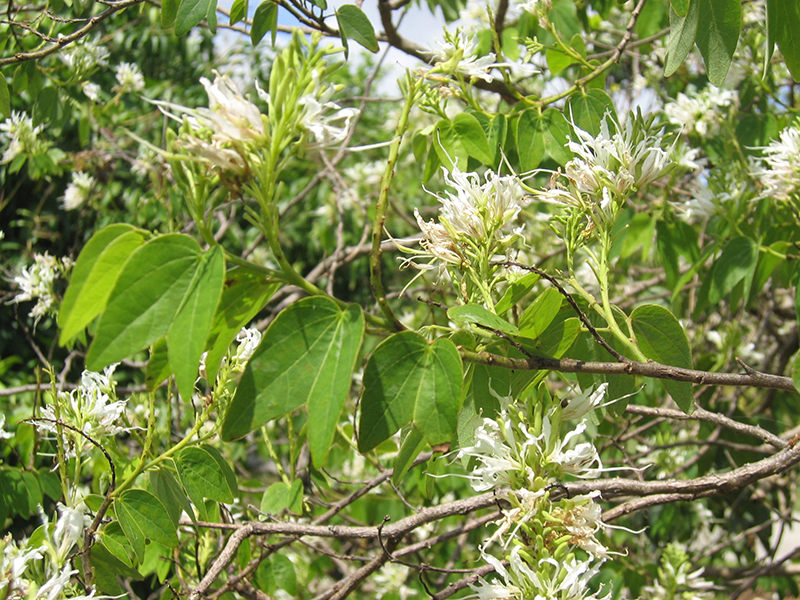 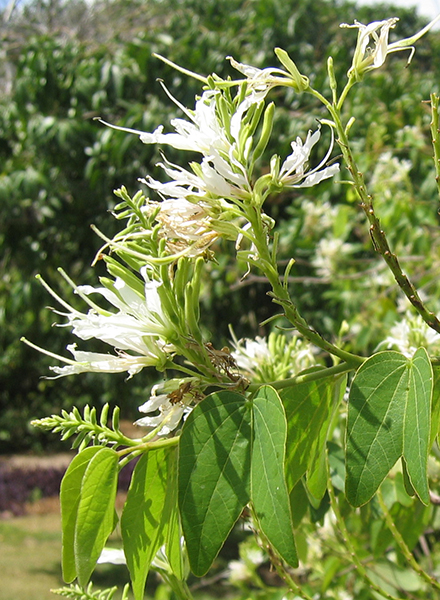 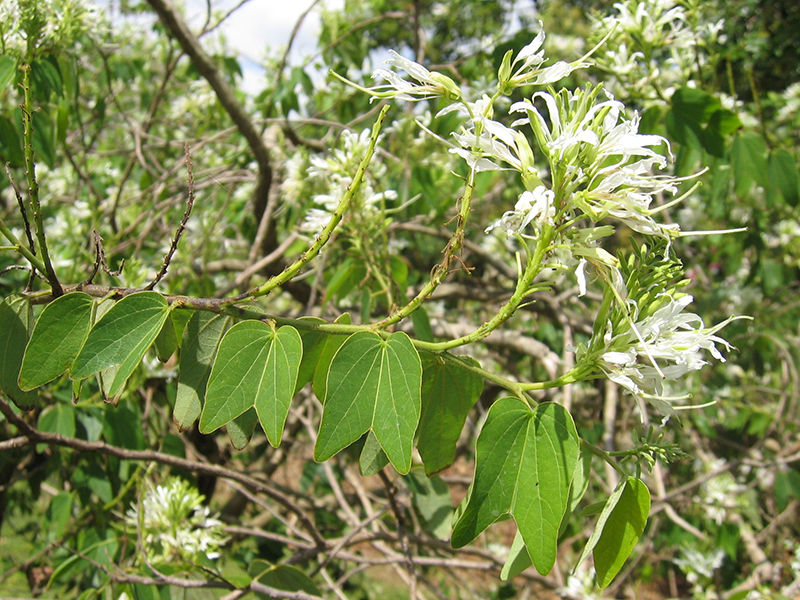 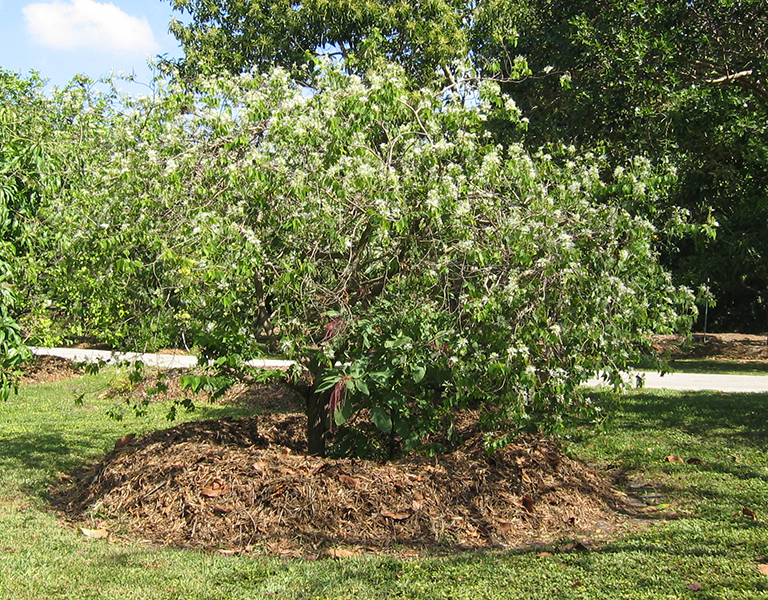 Bauhinia divaricata is a tree with short trunk and branches of irregular shape. The bark is dark grey or almost black, dry, hard and coarsely flaky. The leaves are deciduous, consisting of two equal rounded halves folded down the middle, usually with a notch between the two at the tip. The flowers are white, racemose with five petals, spreading, oblong, and rather unequal, the upper one usually distant from the rest. These plants are popular in warm regions for their gorgeous, orchid-like blossoms. There are hundreds of species of Bauhinia, and they all have characteristic orchid-like flowers and 2-lobed leaves. Many of the grown Bauhinias come from China, where they are known as Sheep's Foot Trees, because each leaf looks like the cloven hoof of a sheep.
(Preda, Milea. 1989. Dendrofloricol Dictionary.)

Bauhinias are great for shading patios, decorating lawns, or growing along streets. These trees are often seen with more than one trunk, but can easily be trained to grow only one by pruning it when young.
(Preda, Milea. 1989. Dendrofloricol Dictionary.)

(Information for this species compiled and recorded by Camelia Cirnaru, NTBG Consultant.)
The beautiful Orchid Tree is a native of India and China and is related to the Redbud Tree, Jerusalem Thorn Tree and the beans. It grows in both South and Central Florida.
(Preda, Milea. 1989. Dendrofloricol Dictionary.)

The genus name "Bauhinia" honors the 16th century botanists brothers, Johann and Caspar Bauhin. They were identical twin brothers, making it a very appropriate name, because the two lobes of the leaves folded together are also identical.
(Van Wyk, B. and Gericke, N. 2000. People's Plants: A guide to Useful Plants of Southern Africa.)
Preda, Milea. 1989. Dendrofloricol Dictionary.)