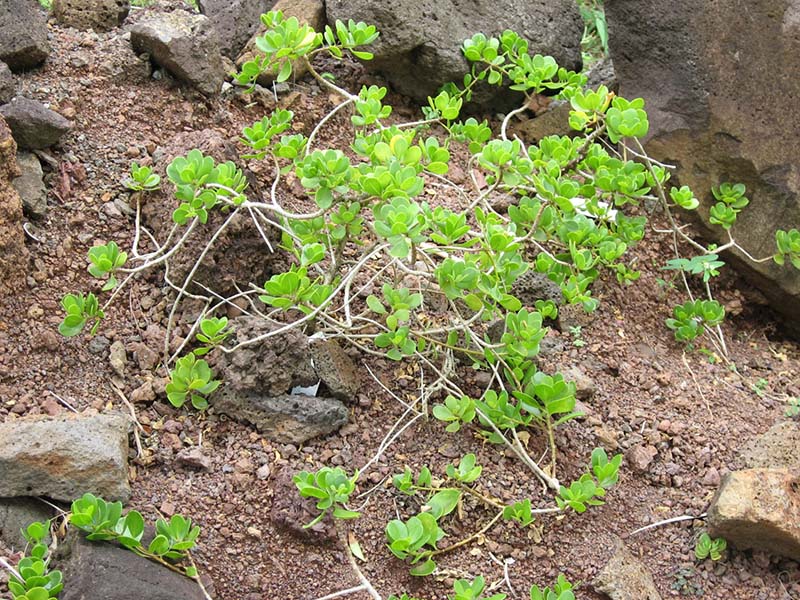 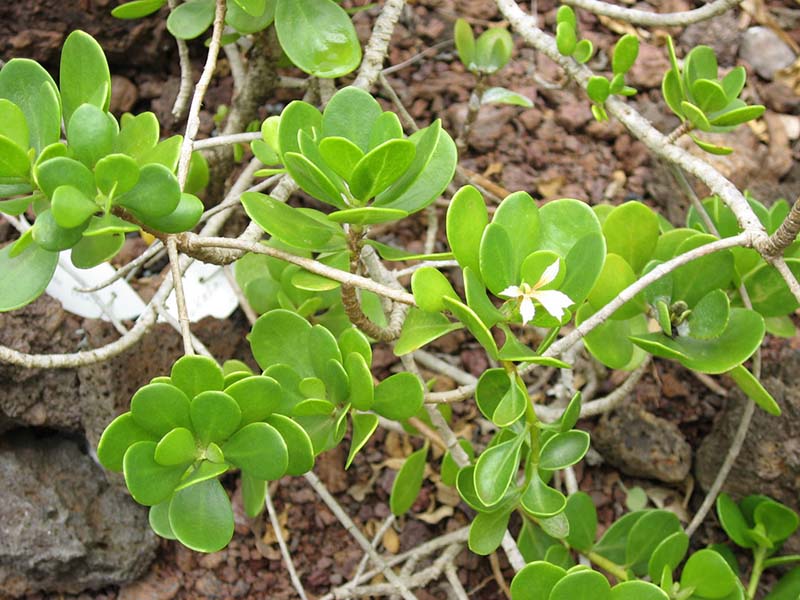 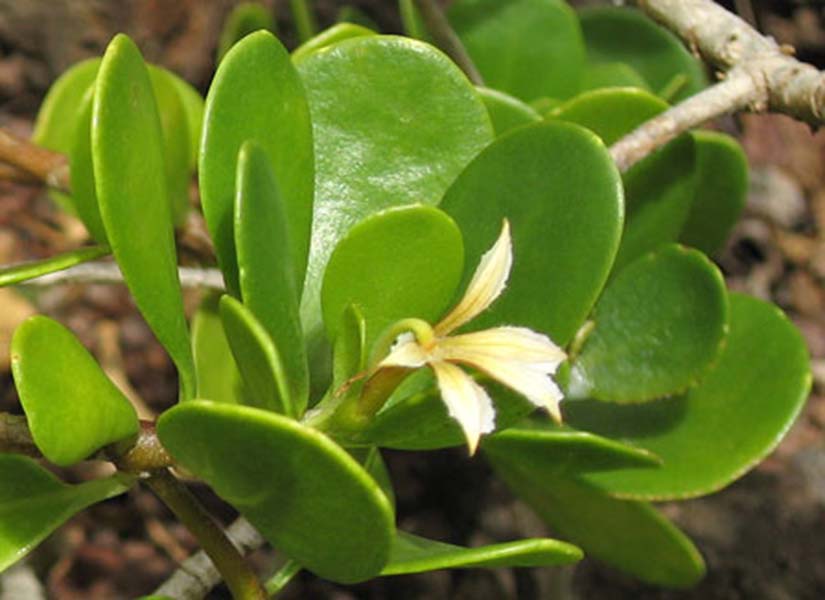 Dwarf Naupaka is a ground dwelling plant with long, trailing branches bare between the leaves. Leaves are thick and spade-shaped, 2-5 x 1-2 cm long. The flowers grow in bunches of one to three from where the upper leaves are attached to the stem. The flowers are about 1-2 cm. long and yellow-green colored with purple streaks. The flowers appear to be cut in half, with all of the petals on only one side of the flower. The fruit is purple and oval, about 5-10 x 5 mm. The outside is waxy and smooth.

Dwarf Naupaka is only found in Hawai`i. Historically it grew on sand dunes all of the major islands, but now it is only found on Maui and an offshore islet off Maui and Moloka'i. The genus Scaevola contains approximately 130 species with an Indo-Pacific distribution and a center of diversity in Australia. Nine Scaevola species are found in Hawai`i, 8 of which are endemic. The other species, S. taccada or Naupaka kahakai, has a widespread distribution in tropical and sub-tropical regions on islands in both the Pacific and Indian Oceans. The Hawaiian Scaevola species are thought to be the result of three separate colonizations in Hawai`i: one colonization for S. taccada, a second for S. glabra, and a third for the remaining Hawaiian species.

One of many Hawaiian legends about this plant tells the story of a princess named Naupaka who falls in love with a commoner named Kaui. Realizing that their forbidden love would never be tolerated, Naupaka removes a flower from behind her ear and rips it in half, giving part to Kaui who she tells to go live by the ocean, and keeping the other half for herself living up in the mountains. The plants growing around them are so saddened by the story, they grow only half a flower to commemorate the lovers’ plight.

The generic name comes from the greek word “scaevus” meaning left-handed or awkward, likely in reference to the unbalanced flowers.

This plant is listed as a federally endangered species. Its main threats are habitat destruction and competition from invasive alien plant species.

We currently have 9 herbarium specimens for Scaevola coriacea in our collection. Click on any specimen below to view the herbarium sheet data.