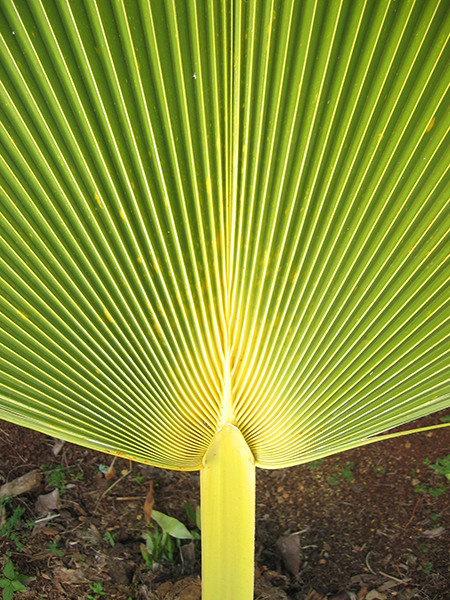 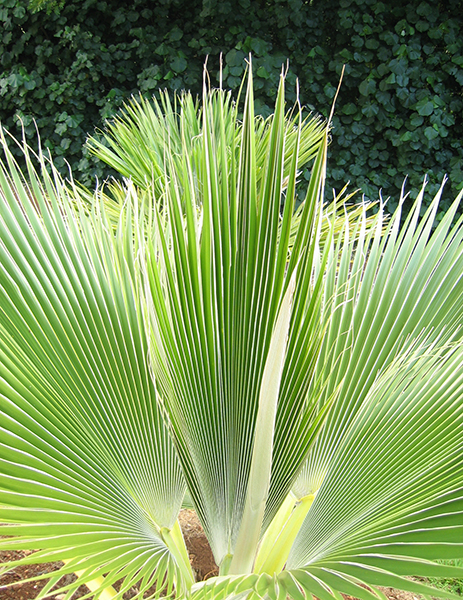 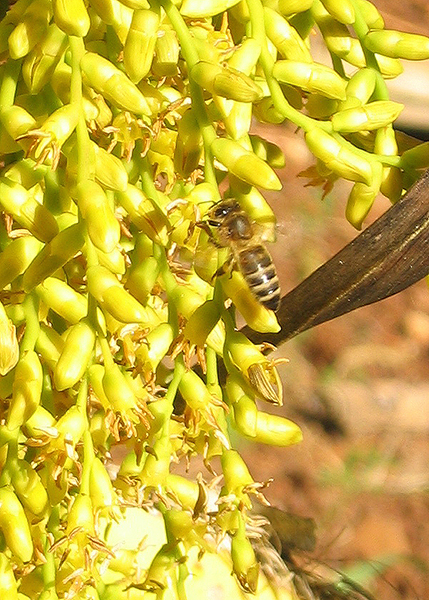 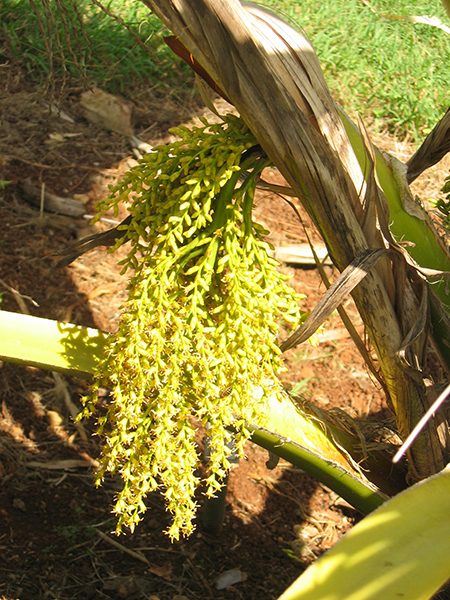 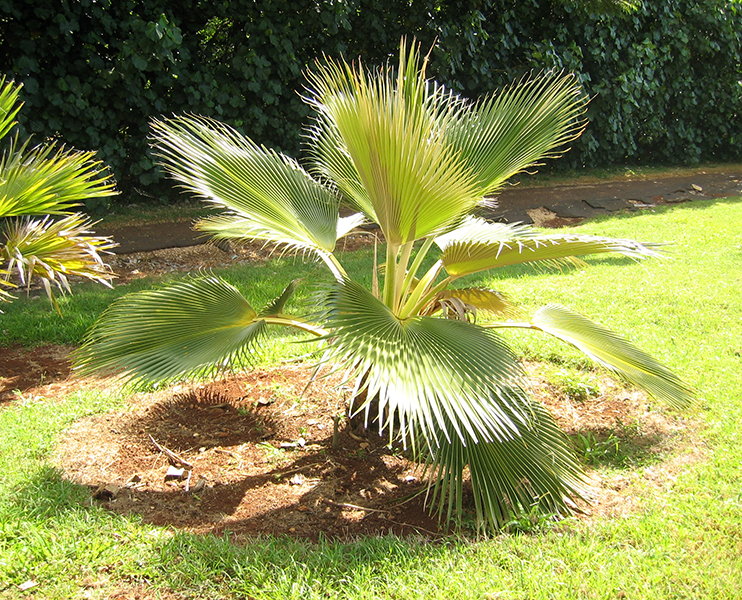 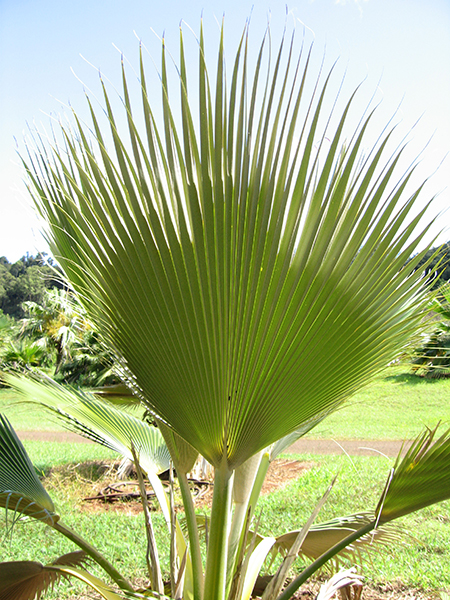 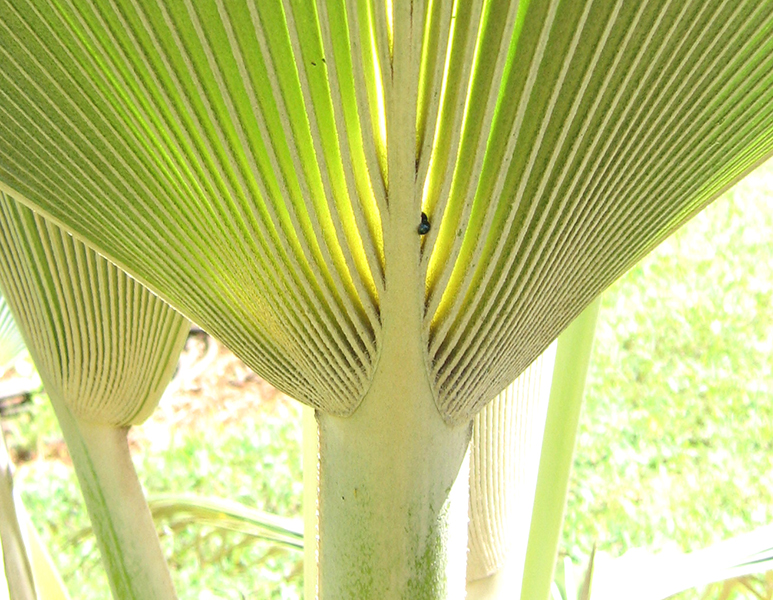 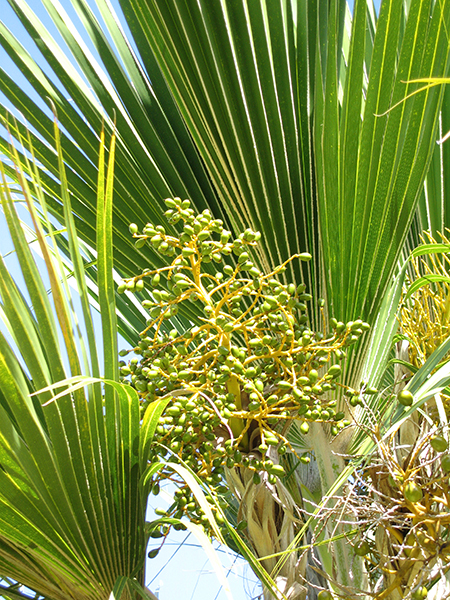 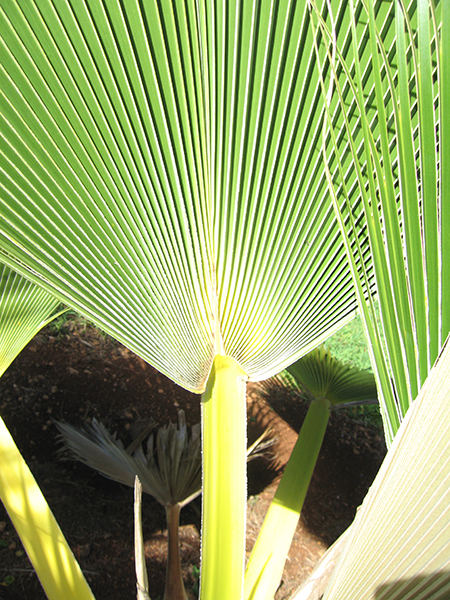 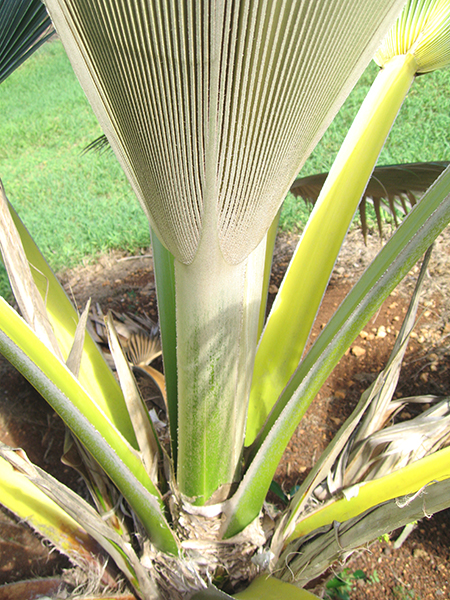 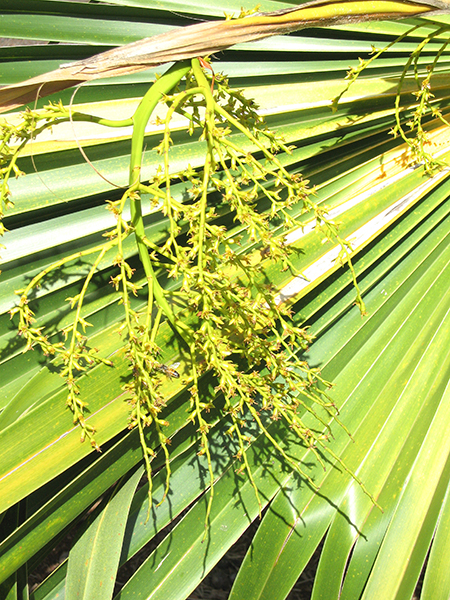 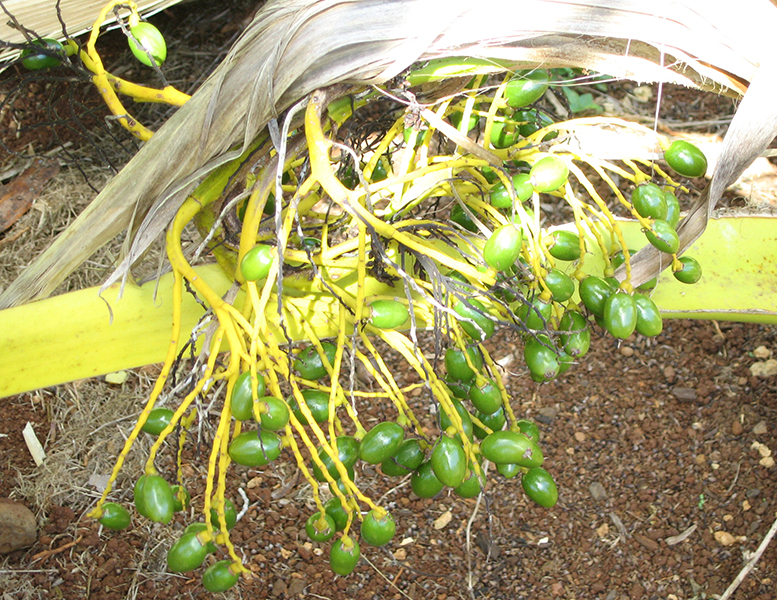 Ko’olau Range pritchardia is quite variable in both its size and leaf features, as a result of which it has previously been considered as more than one species. It varies in size including plants that are 3 to 10 m in height. The leaves are fan-shaped, as is true of all Pritchardia species, and each leaf is folded into approximately 20 segments that are split at the tip and fused at the base. The flowers of Pritchardia are hermaphroditic; that is, each flower produces both pollen and ovules. The flowers are produced in an inflorescence or cluster that is partially enclosed by a boat-shaped bract. The fruit of the Ko’olau Range pritchardia are oval, narrowed towards the tip and the base, and are about 4-5 cm long,

Research indicates that Pritchardia species have high seed viability with 90-100% of seeds able to germinate. Predation of seeds and seedlings by introduced species including rats, goats, deer, and pigs contribute to low survival rates for Pritchardia seedlings. Regeneration of Pritchardia palms is therefore low which threatens the survival and persistence of many species. Preservation efforts have focused on protecting seeds and seedlings from predation through the construction of exclosures to prevent herbivory by non-native mammals, rat baiting to reduce loss of the seeds to rats, and weed removal to reduce resource competition with introduced plants.

(Gemmill, C. 1998. Pritchardia. In: IUCN 2006. 2006 IUCN Red List of Threatened Species.
Nineteen Pritchardia species are found only in Hawai’i and are said to be endemic species meaning this is the only place in the world that they grow. Pritchardia martii is one of the more common Hawaiian species and is found in mesic forest on the steep ridge, cliffs, and valleys of the Ko‘olau Ridge on O‘ahu. This species is typically found in forest dominated by Ohi‘a lehua (Metrosideros polymorpha) or Koa (Acacia koa) at elevations between 360 m and 610 m.

(Gemmill, C. 1998. Pritchardia. In: IUCN 2006. 2006 IUCN Red List of Threatened Species.
While twenty-three Pritchardia species are found in Hawai‘i many of these are currently considered endangered or vulnerable to extinction. Scientific research indicates that Pritchardia species may historically have been much more dominant in the Hawaiian coastal and lowland forest vegetation. Pollen data from Laysan Island indicates that Pritchardia was common around 7,000 years ago with gradually decreasing abundance until the early 1900’s. Historical documents note document few Pritchardia surviving individuals in the early 1900’s but note a large number of felled Pritchardia. Possible causes for the reduction of Pritchardia in the Hawaiian vegetation include long-term climatic drying, cutting and burning of the trees by early voyagers, and the introduction of rats that limited Pritchardia regeneration by seed predation.

We currently have 8 herbarium specimens for Pritchardia martii in our collection. Click on any specimen below to view the herbarium sheet data.