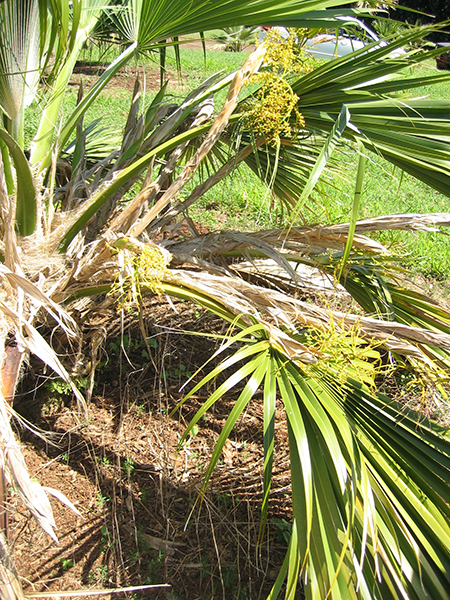 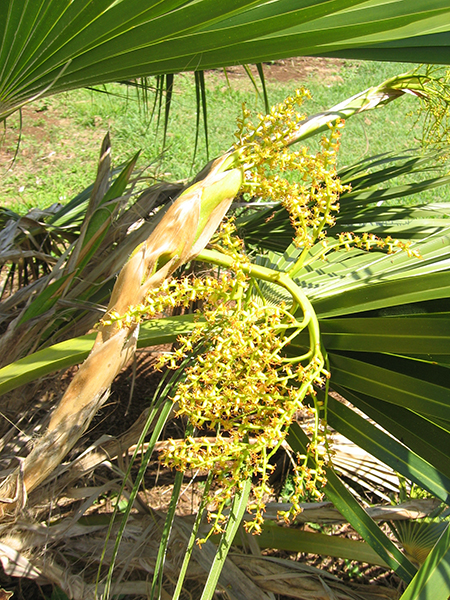 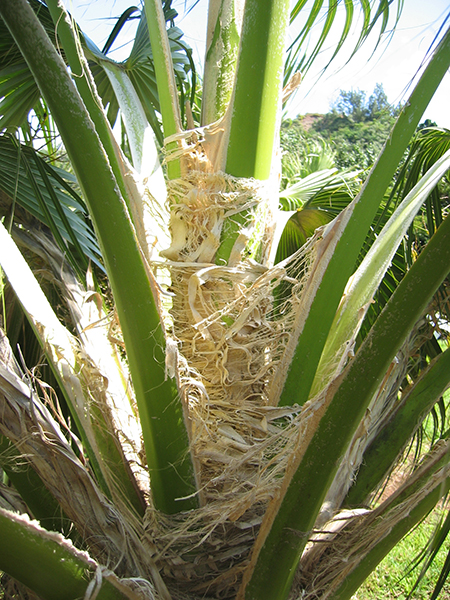 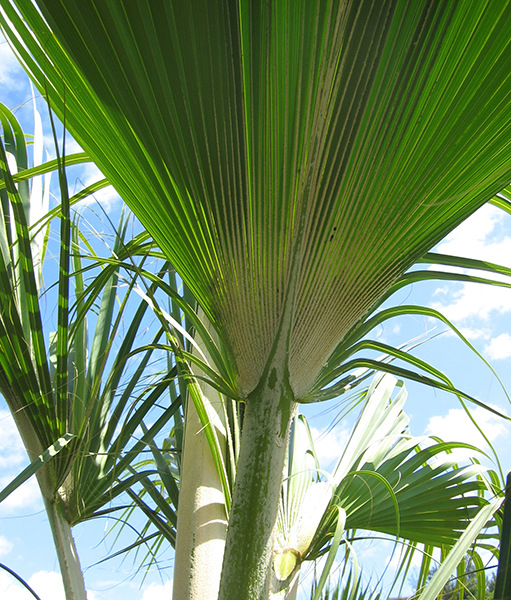 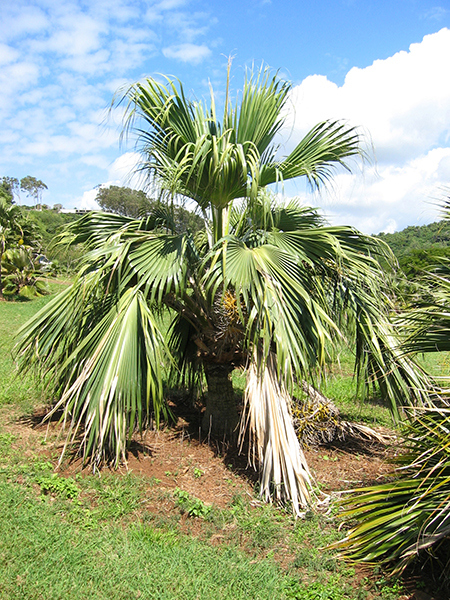 Molokai pritchardia, also known by its scientific name Pritchardia lowreyana, is one of the shortest Pritchardia species with mature trees reaching <4 m in height. Despite the short stature of this tree, the leaves of this species can reach up to 2 m in length, including the petiole, or stalk, that supports the leaf blade. They are the characteristic fan-shaped leaves of Pritchardia, however unlike many species the tips of the leaves of this species remain erect rather than drooping. The underside of the leaves is dotted with small, dark scales and hairs cover the lower sections of the leaf veins. Flowers are born in densely branched clusters with the flowers spirally arranged. The fruit of this species are egg-shaped, are typically 4-6 cm long, and are black when fully mature.
Loulu leaves were utilized in the construction of heiau (temples) loulu where prayers and offerings were made to the gods associated with fishing.

The genus Pritchardia contains 26 species throughout the Pacific, including species in Fiji, Samoa Tonga, Tuamotus, and Hawai‘i. Twenty-three species are only found in Hawai’i and are said to be endemic species meaning this is the only place in the world that they grow. Pritchardia lowreyana is one of the endemic Hawaiian species that has a very narrow geographic distribution. This species is found only in Moloka‘i in mesic valleys and inland cliffs at 130-920 m in elevation.

(Chapin, M.H., K.R. Wood, S.P. Perlman, and M. Maunder. 2004. A review of the conservation status of the endemic Pritchardia palms of Hawai‘i. Oryx 38(3): 273-281.)
(Hodel, D.R. 2007. A Review of the Genus Pritchardia. Palms 51(supplement): S1-S52.)
In cultivation, damaged or stressed Pritchardia plants can become host plants for the introduced Banana moth, Opogona sacchari, which is a significant insect pest in Hawai‘i. Infestation may be associated with plants that are suffering from drought, nutrient deficiencies, flooding or mechanical damage. After hatching the caterpillar larvae feed extensively on both living and decaying plant tissue and may remove the meristems of the plant, which prevents further leaf production. Leaf infestation can be identified by the powdery, brown frass deposits produced by the larvae. The Banana moth is a primary pest of sugarcane, banana, and pineapple crops.

This species is considered “Vulnerable” by the IUCN on account of its narrow geographic distribution and the ongoing threat represented by introduced alien species. Predation of the seeds by rats, pigs, and goats limits regeneration of this species therefore threatening the long-term persistence of this species in the wild.

We currently have 8 herbarium specimens for Pritchardia lowreyana in our collection. Click on any specimen below to view the herbarium sheet data.