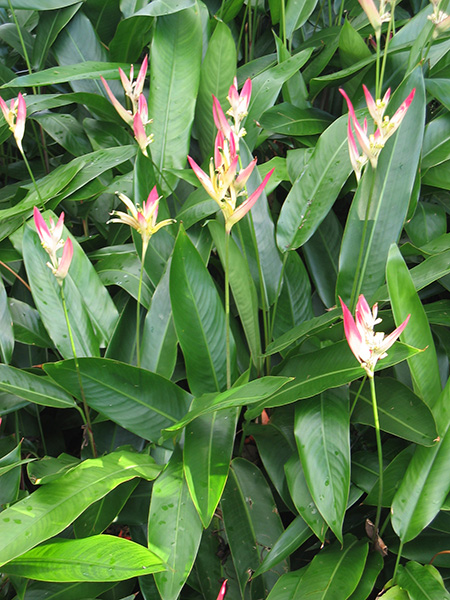 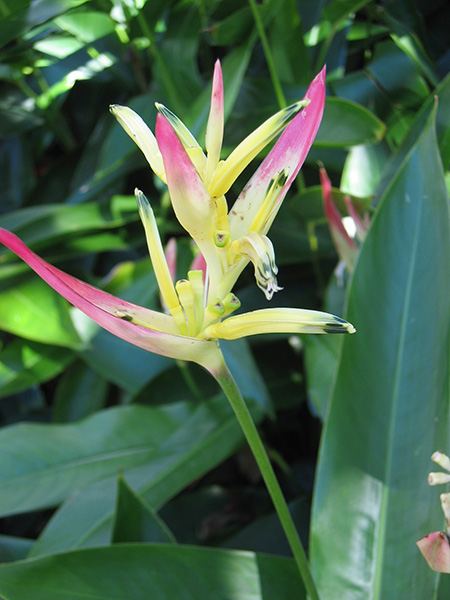 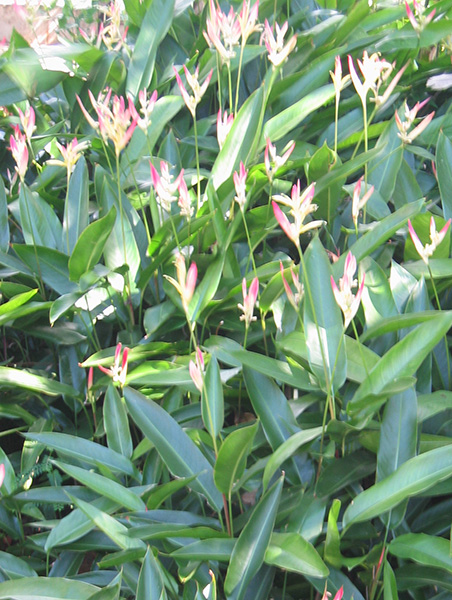 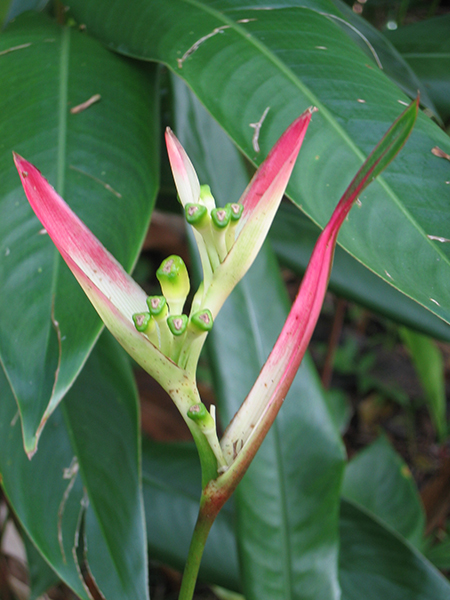 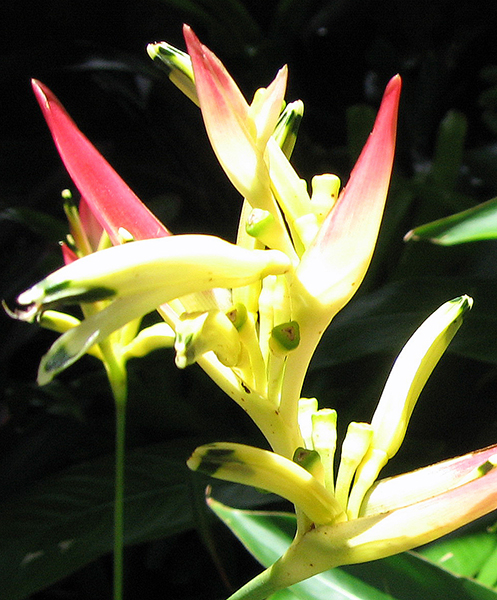 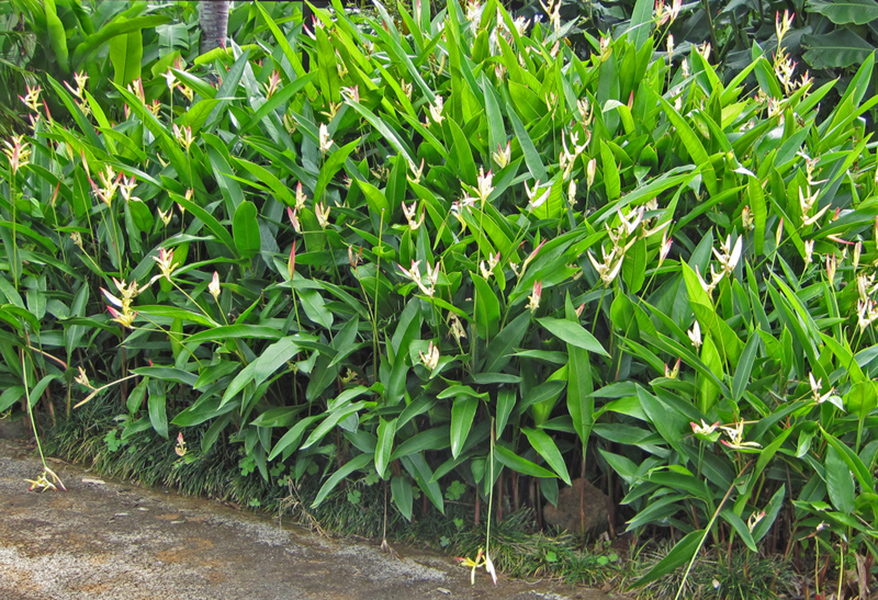 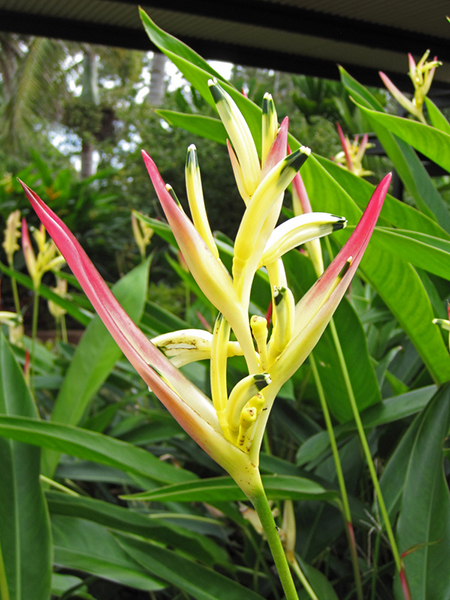 
A herbaceous upright small heliconia, indigenous to the Amazon rainforest Heliconia psittacorum flowers are actually highly modified leaves and bracts growing up to no more than four feet tall. The long pointed leaves are shiny green. The pinkish-red bracts arise from a central point on the stem. The flowers have 3/4 to 1 inch long penduncles that rise above the pointed bracts. Beautiful frosty cream colored bracts, shading from pinkish-red to mauve to the tips. Its sepals are cream colored with green-black bands. The parrot's beaks are exotic, abundantly bloomers all year long. The flower, or inflorescence of the Heliconia stays almost constant, and may last from several days to several months. Heliconias like places with a lot of water, rich soil, and sunlight. Heliconia psittacorum does not mind cool temperatures, but does best in warm, humid areas. (Kepler, A. K. 1999. Exotic Tropicals of Hawaii.)

Heliconias have become increasingly popular as decorative flowers, especially in those regions where they cannot be grown in the garden. (Kepler, A. K. 1999. Exotic Tropicals of Hawaii.)

Although these large tropical flowers are natives to only Central and South America-the Amazon rainforest- and some islands of the South Pacific, their easy cultivation and spectacular presence have made them favorite garden subjects throughout the world. (Kepler, A. K. 1999. Exotic Tropicals of Hawaii.)

In the American Tropics, hummingbirds are the exclusive polinators of red, yellow , pink and orange heliconias while nectar feeding bats are the polinators of green heliconias. (Kepler, A. K. 1999. Exotic Tropicals of Hawaii.) (Information for this species compiled and recorded by Camelia Cirnaru, NTBG Consultant.)

Heliconias are remarkable plants, not only for the beauty of their flowers, but also for the fact that they are so mysterious---so little is known about them, their cultivation and care. Most species of heliconias can be found in moist or wet regions, but some are found in seasonally dry areas. Although Heliconias flourish in the humid lowland tropics at elevations below 1500 feet, surprisingly, the greatest number of species are found in middle elevation rain and cloud forest habitats. The most remarkable members of the genus inhabit open sites in secondary growth along roads, riverbanks and in patches of light in the forest. (Kepler, A. K. 1999. Exotic Tropicals of Hawaii.)

We currently have 7 herbarium specimens for Heliconia psittacorum in our collection. Click on any specimen below to view the herbarium sheet data.