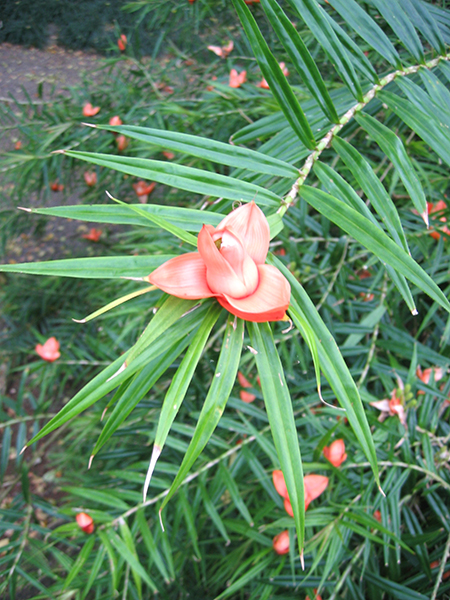 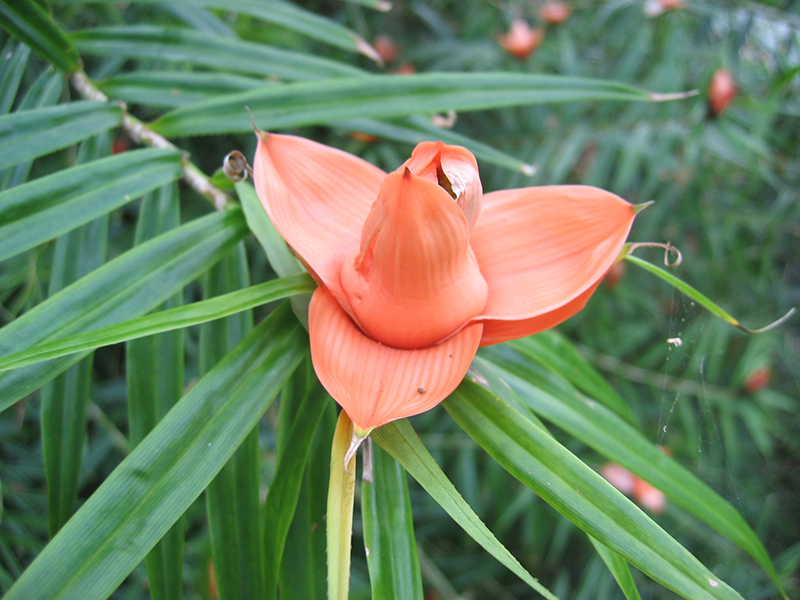 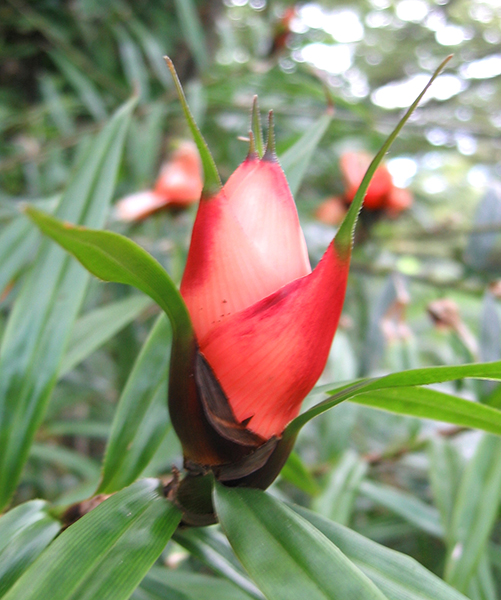 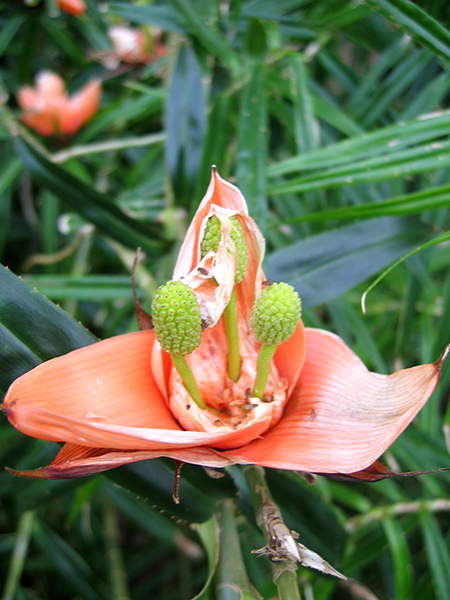 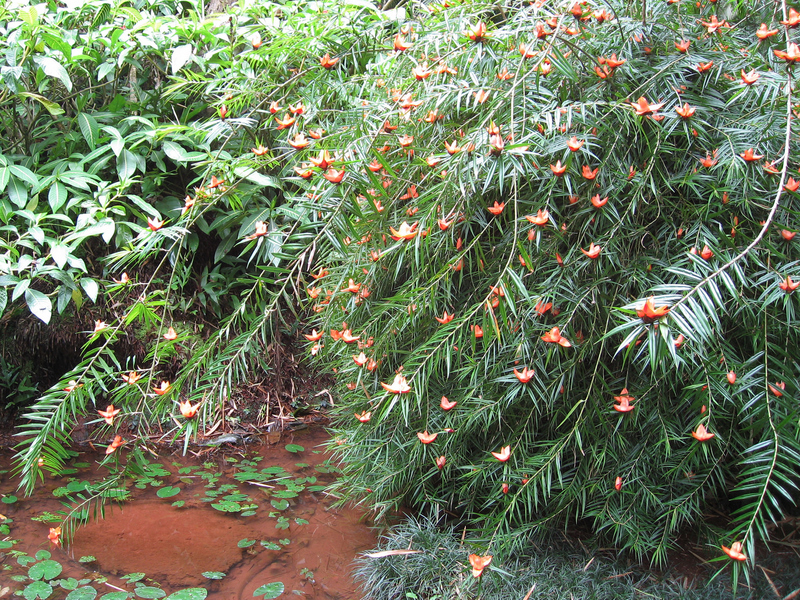 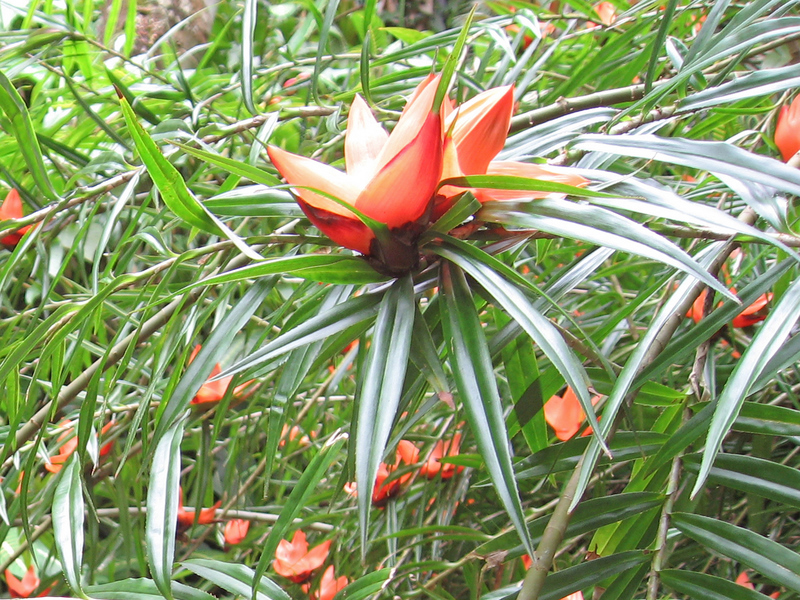 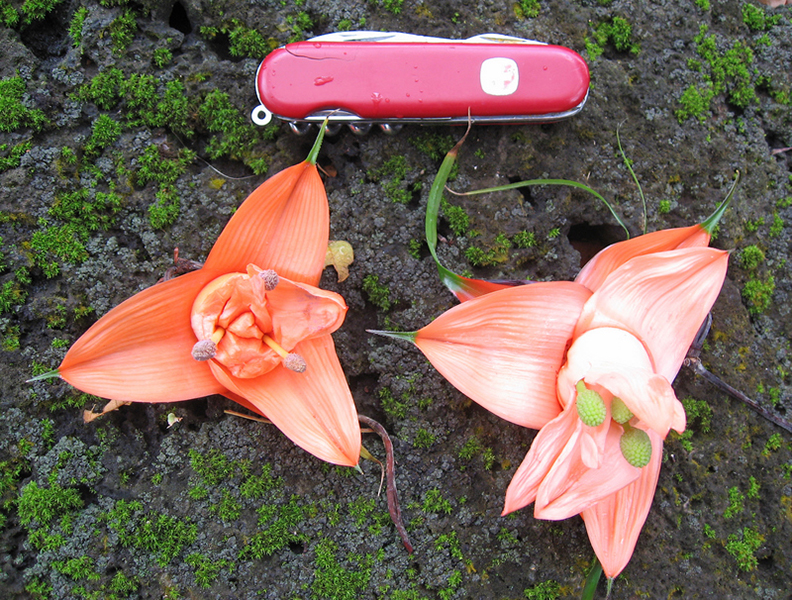 
Description: Freycinetia is an evergreen climber with stems that can grow from 0.5-2 meters long. The slender roots of Freycinetia grow along the stem attaching the plant to the tree or shrub on which it is growing. The leaves of Freycinetia cumingiana are dark green, linear-oblong, and leathery and can grow up to 25 cm long. The male (staminate) and female (pistillate) flowers are found on different plants and both are densely arranged within cylindrical spikes (inflorescences). Clusters of 3 or 4 inflorescences containing either male or female flowers are borne at the ends of branches above several showy pinkish-orange bracts that form beneath the inflorescenses.

Freycinetia cumingiana is native to Tropical Asia, Malesia and Philippines. This species is cultivated on Maui for sale as cut flowers throughout the US. The genus Freycinetia includes 180 species distributed throughout the Tropics throughout Sri Lanka, the Pacific including Marquesas, Hawaii, Austral, Society, Cook, New Caledonia, and Samoan Islands), Australia and New Zealand.

Birds, bats, and climbing small mammals may act as pollinators, transferring the pollen from the staminate (male) flowers to the pistillate (female) flowers, and fruit dispersers of Freycinetia.

We currently have 2 herbarium specimens for Freycinetia cumingiana in our collection. Click on any specimen below to view the herbarium sheet data.