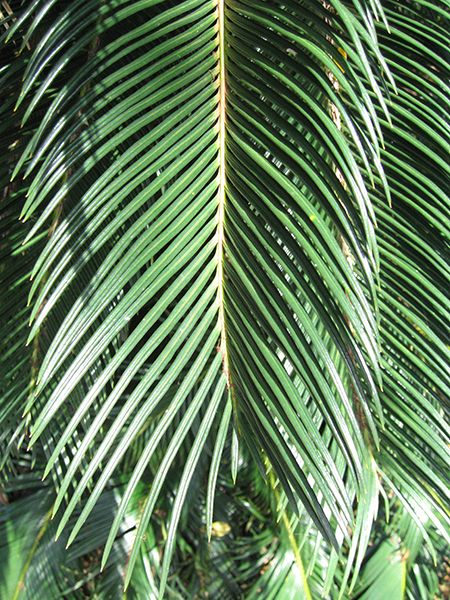 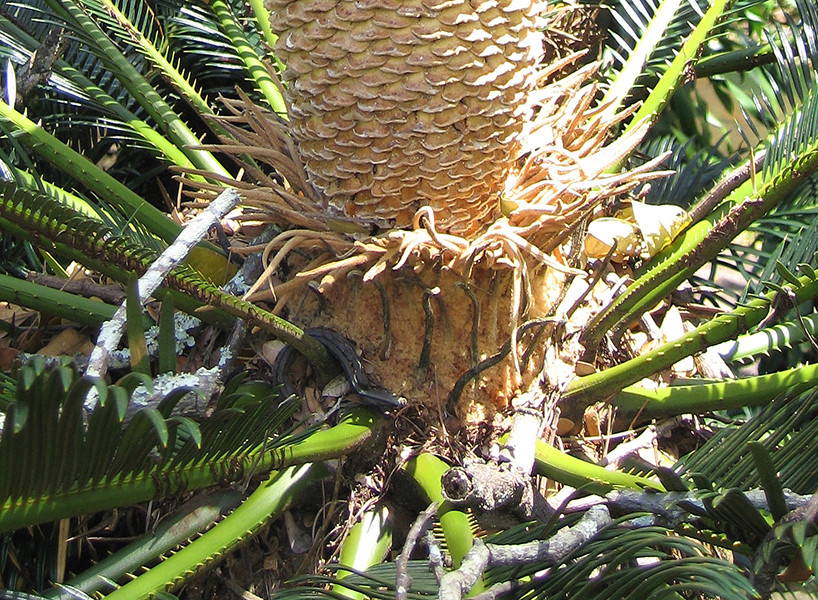 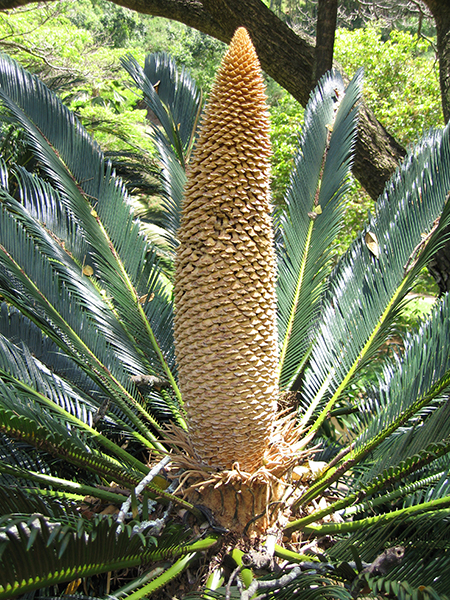 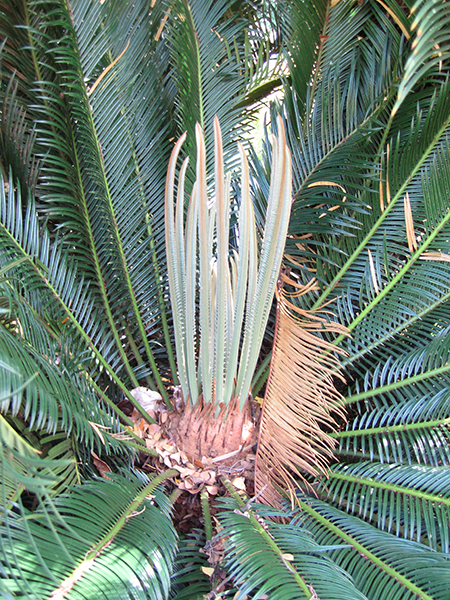 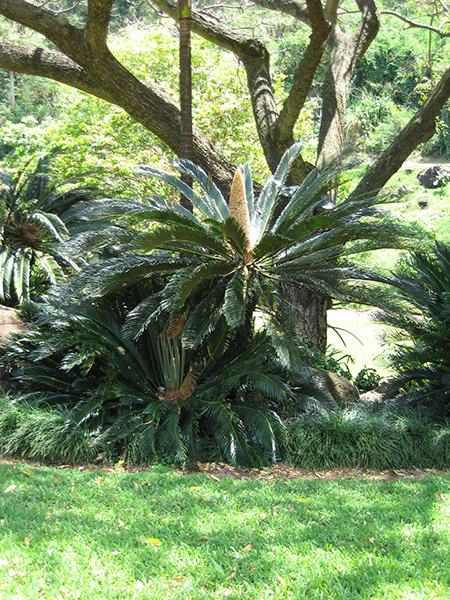 King Sago Palm is a slow growing cycad usually with a single trunk that can grow up to 6 m in height. Sometimes a plant will produce offshoots, which can be removed and potted up. Younger plants look like a rosette of leaves coming from a stem near the ground. The plant has glossy dark green feather-like leaves that grow in a circular pattern. As with other cycads, the King Sago Palm is dioecious, with male and female reproductive parts being born on separate plants. The female inflorescence is a feather-like and gold or tan-yellow in color, which produces brownish-red seeds that are about 4 cm in diameter.
The male reproductive organ is a cone of about 30 cm in length.
(Huxley. A.1992. The New RHS Dictionary of Gardening.)

King Sago Palm contain alkaloids of carcinogens and amino acids that causes chronic nervous disorders. Regular consumption of the plant leads to severe health problems and death. These toxic compounds can be removed if the food is properly prepared.
(Huxley. A. 1992. The New RHS Dictionary of Gardening.)

Cycas revoluta is native to Japan and southern China, although it is planted as an ornamental elsewhere. (Huxley. A.1992. The New RHS Dictionary of Gardening.)

The seeds of King Sago Palm can be dried and ground into a powder then mixed with brown rice and fermented into “date miso” or “sotetsu miso”
The heart or pith of the trunk is sliced and eaten baked or powdered, after the toxic substances have been removed. A starch can be extracted from this pith and is used for making dumplings.
(Hedrick. U. P.1972. Sturtevant's Edible Plants of the World.)
(Kunkel. G.1984. Plants for Human Consumption.)

Cycas revoluta is called “the living fossil” because its origin can be traced back to the ancient flora of the early Mesozoic era (200 million years ago). Although is called King Sago Palm, this species is not a palm at all, it is actually related to conifers and Ginkgo trees.
(Huxley. A.1992. The New RHS Dictionary of Gardening.)