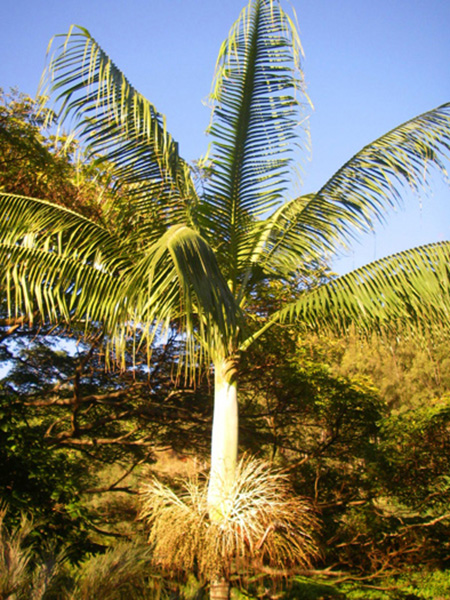 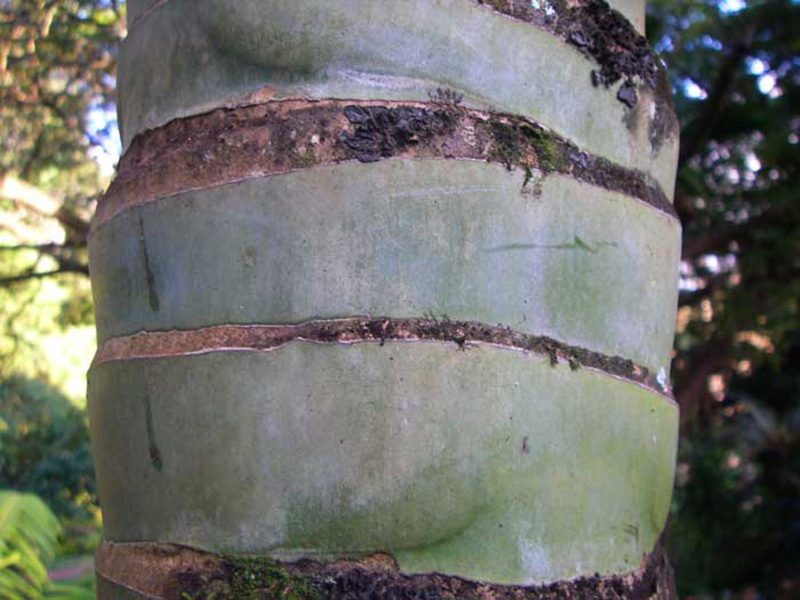 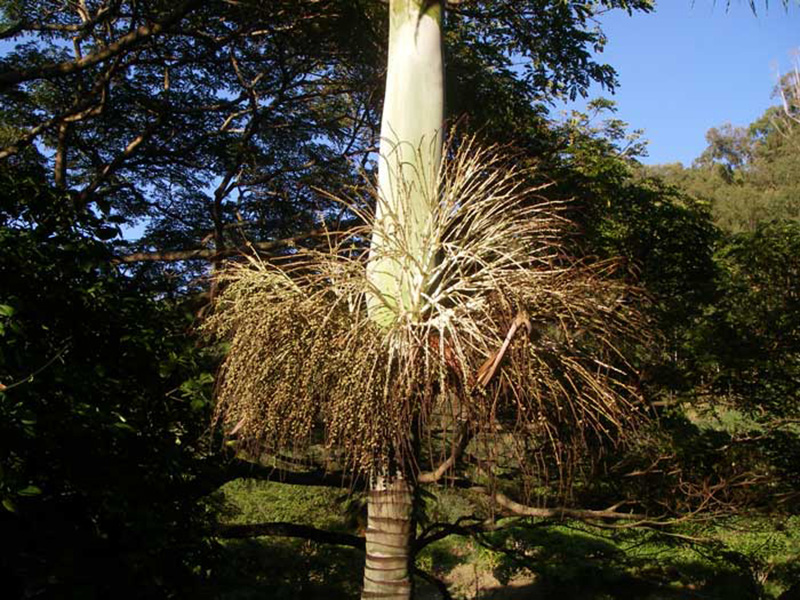 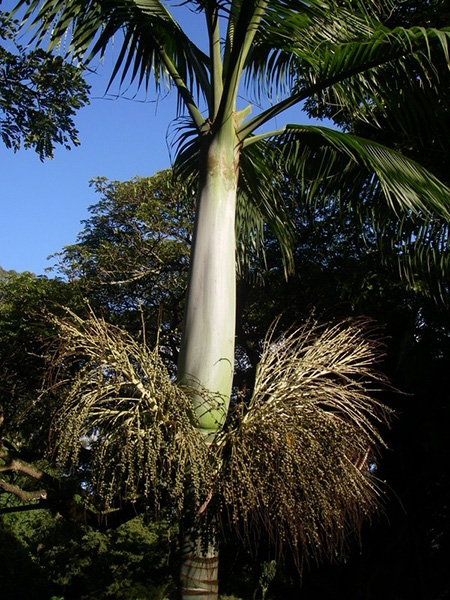 Clinostigma savoryanum, also known as Cabbage palm, is a canopy tree that grows up to 15 m tall. It has pinnately compound leaves meaning that the leaf is divided into many leaflets that are arranged along a central rachis or stalk. Cabbage palm is monoecious meaning that the pollen and ovules are produced in separate flowers (staminate and pistillate flowers respectively).

(Clinostigma - Bonplandia Zeitschrift fur die gesammte Botanik. Officielles Organ der K. L.-C. Akademie der Naturforscher. Herausgegeben von E. G. Seemann. Honnover, London, Paris. QK1. B429.)
(Chromosome numbers of some endemic species of the Bonin Islands II. Ogasawara Research. - Ono, M. and Y. Masuda, 1981.)
Another Clinostigma species, Clinostigma ponapensis, also known by the common name Kotop, is endemic to Pohnpei in the Caroline Islands of Micronesia. This species forms Clinostigma palm forests on Pohnpei where it is one of the most common species between 450 and 600 m. It is extensively used by Pohnpeians who use the large bracts to carry things and for kids as a sled to ride downhill! The leaves are used to make shelters in the forest. The growing tip of the stem is harvested for the heart of palm that is eaten.

Clinostigma savoryanum is endemic to the Ogasawara (Bonin) Islands south of Japan where it is found in wet rainforests. This species is present on Anijima, Hahajima, and Mukoujima, but is rare on Chichijama. Clinostigma has a center of diversity in the southeastern Pacific and reaches its most northern distribution with Clinostigma savoryanum on the Osagawara Islands.

(Johnson, D. 1998. Clinostigma savoryanum. In: IUCN 2006. 2006 IUCN Red List of Threatened Species.
Cabbage palm is visited by small native bees (Hylaeus yasumatsui and H. incomitatus) on Anijima within the Ogasawara archipelago but only by introduced honeybees on Hahajima. Researchers studying visitation to native plants on the Ogasawara Islands suggest that competition for nectar and pollen results in the dominance of non-native bees in disturbed forests with high numbers of non-native plants. In intact forests with less introduced plants and fewer non-native bees native bees are the dominant visitor native plants such as Cabbage palm.

(Kato, M., A. Shibata, and T. Yasui. 1999. Impact of introduced honeybees, Apis mellifera, upon native bee communities in the Bonin (Ogasawara) Islands. Researches on Population Ecology 41: 217-228.)
Cabbage palm populations are currently threatened by habitat loss due to expanding human settlement and the degradation of the forests in which it is found through logging practices. Insufficient data is available on the number of populations and the number of individuals of this species to determine its risk of extinction therefore it considered as “data deficient” by the IUCN in the 2006 Red List of Threatened Species.

(Johnson, D. 1998. Clinostigma savoryanum. In: IUCN 2006. 2006 IUCN Red List of Threatened Species.
The Osagawara Islands are oceanic islands that are located 1000 km south of Tokyo in the northwestern Pacific Ocean. Three island groups are present that contain up to 30 islands that have a subtropical flora. The basal rocks of the Ogasawara Islands may have formed up to 45 million years ago, although the current emergent islands are probably only several million years old. The islands have two rainy seasons, the first from May to June and the second from October to November and a dry season during the height of summer from July to August. The islands contain 330 native vascular plants, two native terrestrial vertebrates (a fox bat and a lizard), 11 extant land birds, 800 insects, and 100 land snails. Forty percent of the vascular plants are endemic to the Osagawara Islands, meaning this is the only location in the world where those species are found.
(Shimizu, Y. 2003. The nature of Ogasawara and its conservation. Global Environmental Research 7:3-14.)