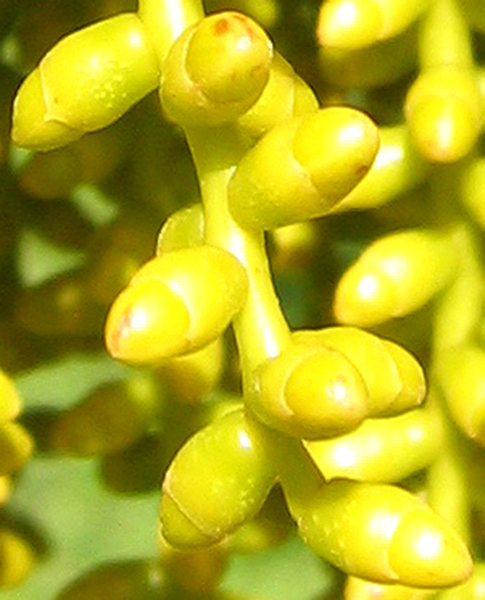 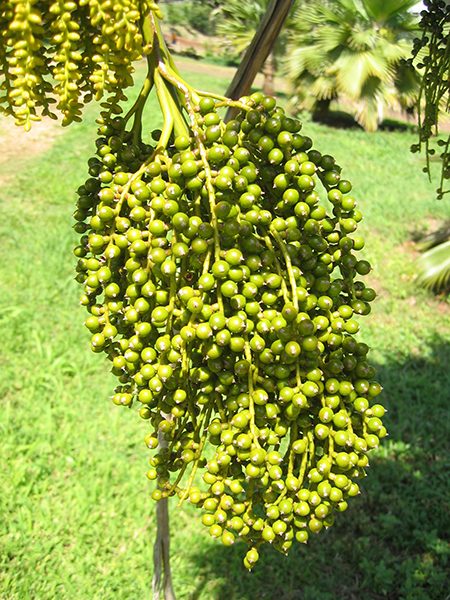 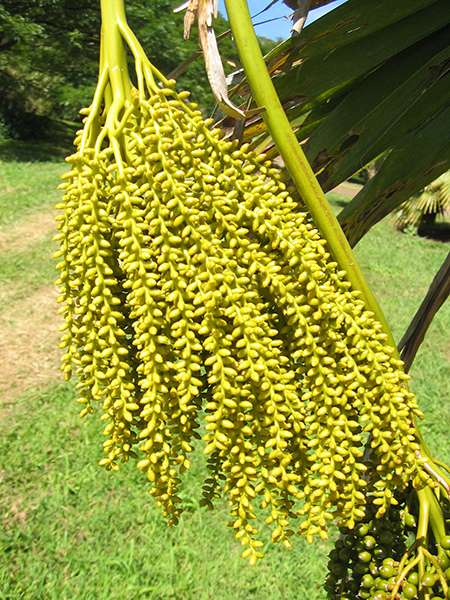 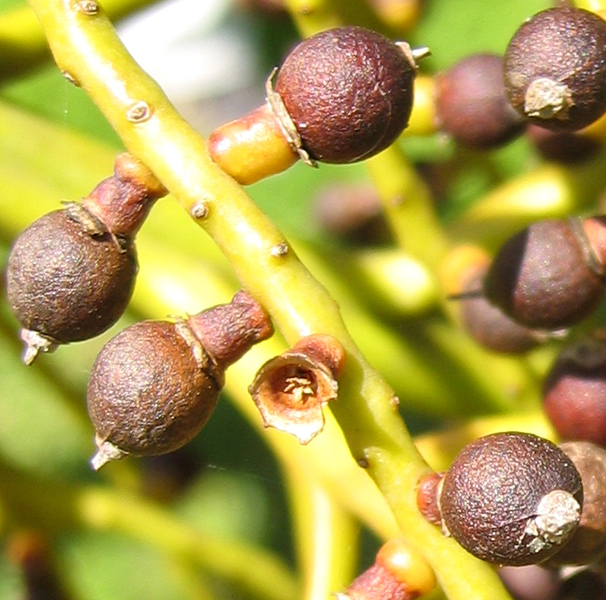 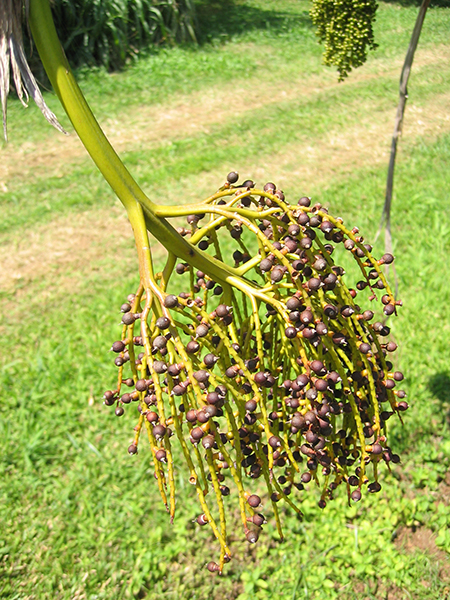 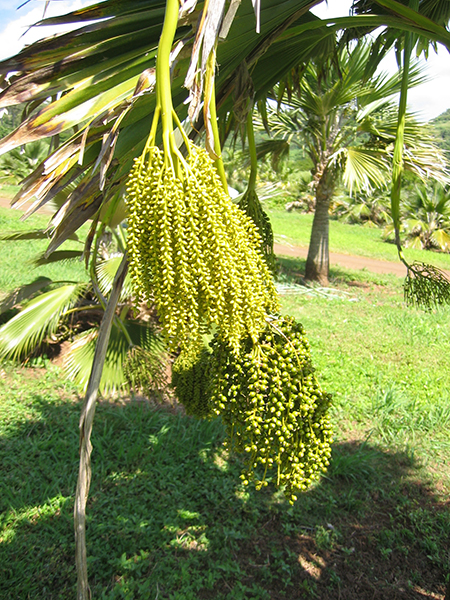 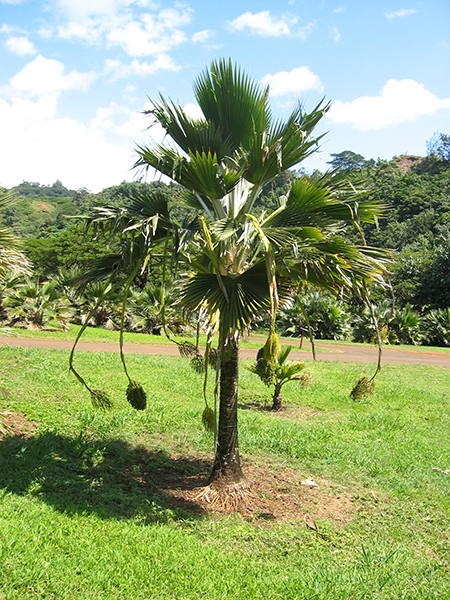 
Pritchardia thurstonii grows to 6.7 m tall bearing fronds that are up to 1.5 m in length. As with all Pritchardia leaves the blades are plicate meaning that they are folded like a fan and this species has up to 70 folds across the leaf surface. The leaves are split along the fold from the tip of the leaves partway to the base. A layer of wax covers the leaf surface, which may help prevent water loss during exposure to the high winds, and salt in the coastal environment in which it is found. The flowers are borne in clusters on a long stalk up to 1.8m long that arches down below the foliage. The mature fruit are each only about 0.5 cm in diameter but each inflorescence bears many fruit that form a large mass of deep red-purple fruit as they ripen.

Pritchardia thurstonii is endemic to the Lau Island group in eastern Fiji. It grows on limestone soils in coastal environments in Fiji and is both wind and salt tolerant. It is a recent introduction into Hawai‘i where it is planted in cultivation. The genus Pritchardia contains 28 species throughout the Pacific, including species in Fiji, Samoa Tonga, Tuamotus, and Hawaii.
(Chapin, M.H., K.R. Wood, S.P. Perlman, and M. Maunder. 2004. A review of the conservation status of the endemic Pritchardia palms of Hawai‘i. Oryx 38(3): 273-281.)
(Staples, G. W. and D. R. Herbst. 2005. A Tropical Garden Flora: Plants cultivated in the Hawaiian Islands and other tropical places. Bishop Museum Press, Honolulu, Hawai’i.)
(Hodel, D.R. 2007. A Review of the Genus Pritchardia. Palms 51(supplement): S1-S52.)
Lau Fan Palm is considered a host for a plant disease called Lethal Yellowing that is found in the Florida, Puerto Rico, and Guam. Lethal Yellowing is a disease that causes Coconut palms to drop their undeveloped and developed fruit, causes new inflorescences to turn black, and the fronds to turn yellow. Lethal Yellowing is thought to be caused by organisms called mycoplasmas that are transmitted by the planthopper, Myndus crudus. As a result of this Louisiana, Texas, and Mississippi restrict the transport of Lau Fan Palm from regions where Lethal Yellowing has been reported. Fortunately the planthopper that transmits this disease does not yet occur in Hawai‘i.

This species is named after Sir John Thurston who became Governor of Fiji in 1887.
Lau Fan Palm is listed as “Near threatened” on the IUCH Red List meaning that, while it doesn’t currently qualify as endangered, it is considered vulnerable due to recognized threats to the survival of the species. As Lau Fan Palm grows in coastal vegetation in soils that have a limited distribution ongoing habitat loss as a result of conversion of this habitat for agriculture may result in removal of a large number of Lau Fan Palm individuals. This species is considered locally abundant, however, these islands are the only place in the world supporting wild populations of Lau Fan Palm.

We currently have 1 herbarium specimens for Pritchardia thurstonii in our collection. Click on any specimen below to view the herbarium sheet data.