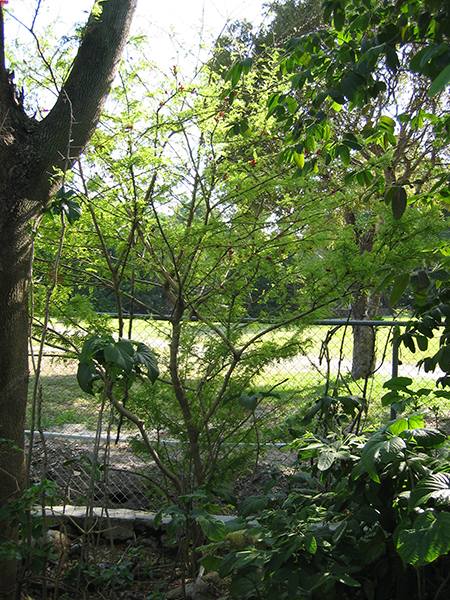 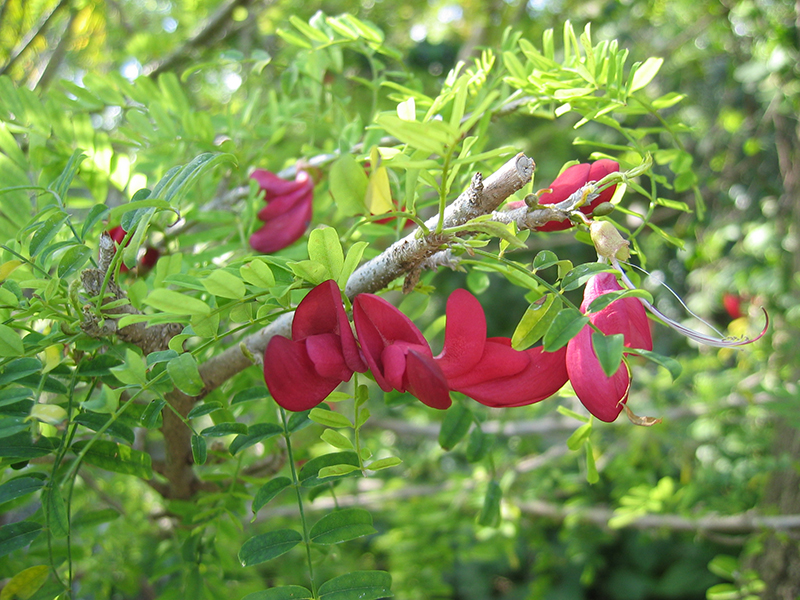 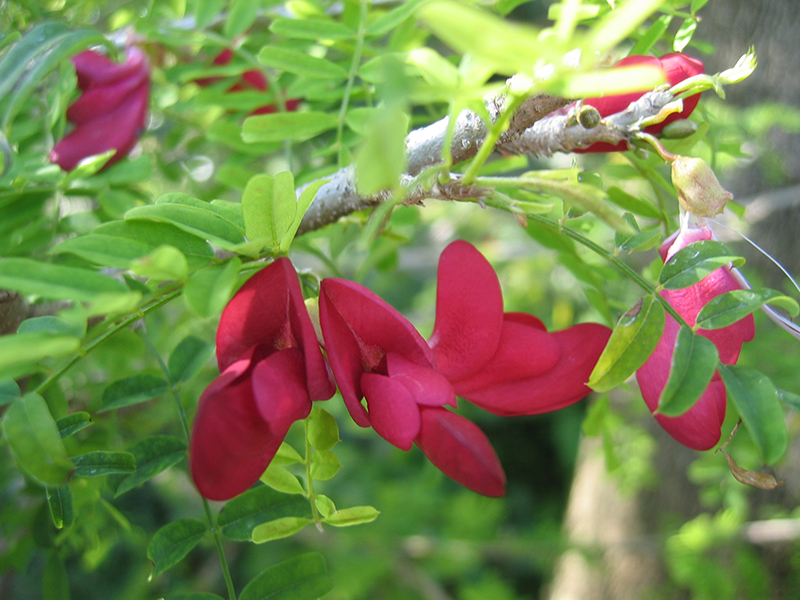 Carib Wood, is a shrub or small tree, 10 to 15 feet tall, endemic to the island of Dominica, West Indies. It is found growing along dry coastal areas. Distribution in the wild is low, but it is an extremely hardy plant. When grown at high elevations, even in good soil, Carib Wood will be bushy but will not flower profusely. Around April, when in full bloom, the plant presents a magnificent spectacle, producing masses of scarlet flowers along the entire length of its slender, leafless branches. As the flowers are shed, new leaves emerge from the stems.
Carib Wood is endemic to the island of Dominica, West Indies.
This beautiful plant, long honored as the National Flower of Dominica, was finally legislated as the National Flower, along with the Coat of Arms and National Flag in 1978. (The National Emblems of Dominica Act, 1978)(Act No.18 of 1978).
As an indigenous plant, one of the reasons for which it was selected, it has survived the entire history of Dominica. It can therefore be said to represent the continuity of the country and its people.
Its hardiness and scarlet flowers are reminiscent of the strong, rugged and resourceful people of Dominica with an ability to survive and overcome problems, and Dominica's ability to triumph despite seemingly insurmountable obstacles.