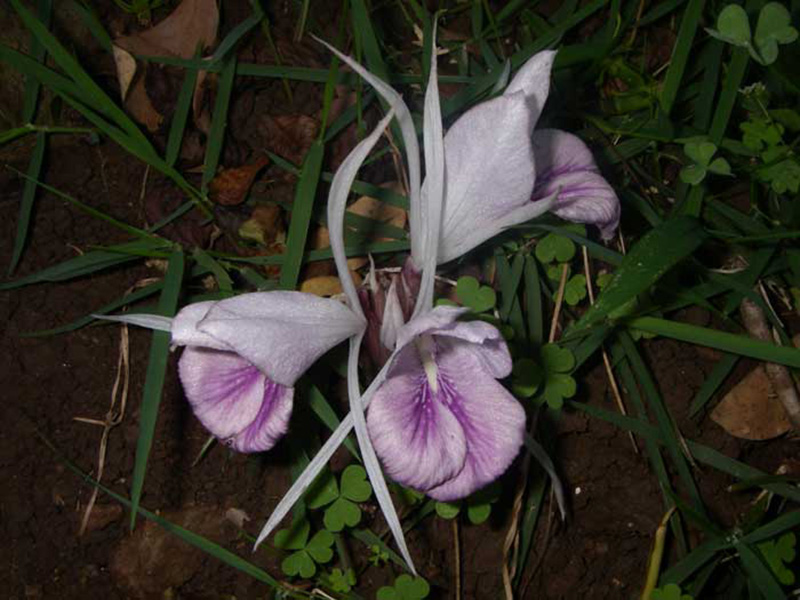 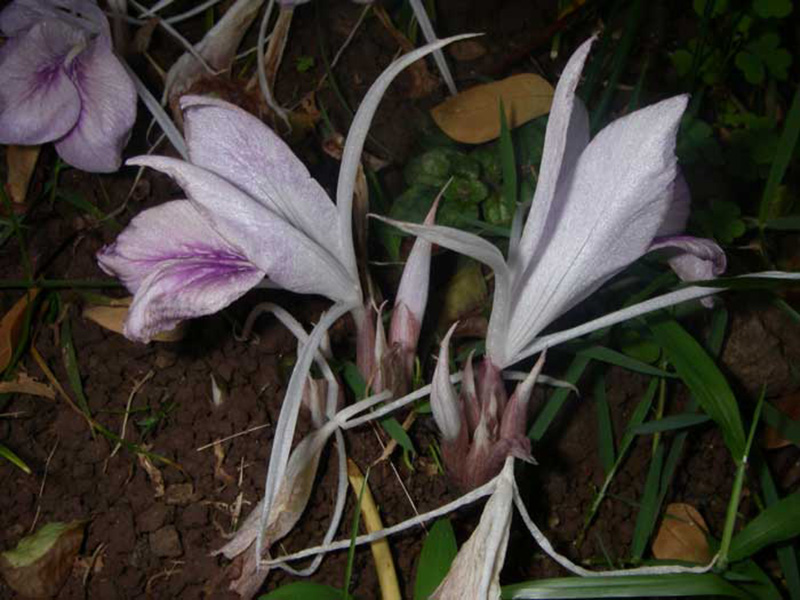 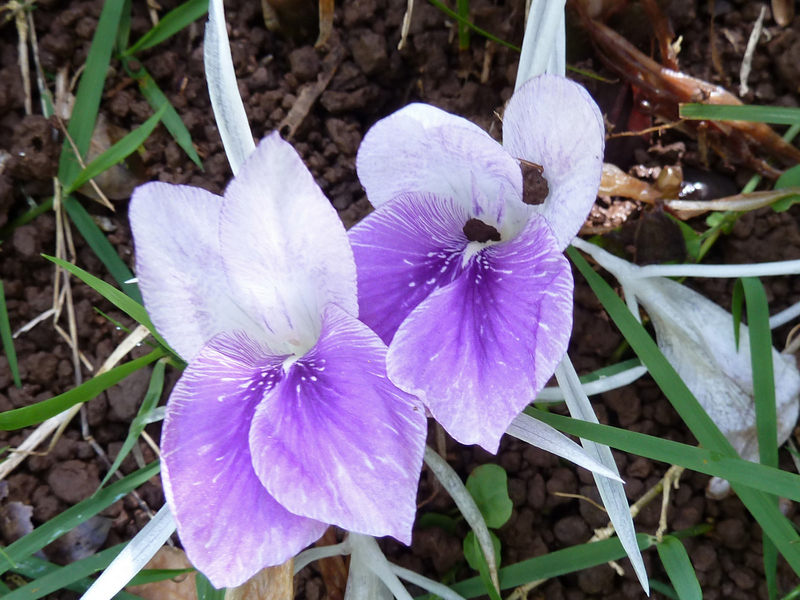 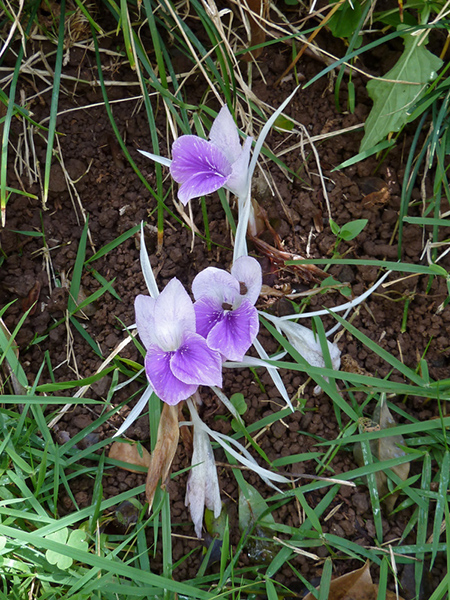 Kaempferia rotunda is a small herbaceous plant that develops from an underground, horizontal stem known as a rhizome. This plant produces 2-4 leaves that emerge from an unelongated stem therefore the upper leaves appear to be enclosed or coiled around the lower leaves. The leaves are oblong in shape and are up to 27 cm long and 9.5 cm wide. The leaves are quite beautiful as the upper side of the leaf blade is a mottled light and dark green and the underside is tinged with purple. Four to six flowers are produced in a cluster on separate shoots than the leaves and they appear before the leaves open and last for two to three days. Like all flowers in the Zingiberaceae the flowers of Kaempferia are quite complex in form but quite beautiful. Each flower has purple-brown bracts at the base inside which the three-parted white calyx (4.5-7 cm long) can be seen. The petals are also white and they are fused at the base into a tube with widely spreading linear lobes (5.0 cm long). The purple petal-like structures are produced from the fusion of five sterile stamens (pollen producing structures) that are divided into two lobes that are 3.5 cm long and 2 cm long. The fruit of Kaempferia is a dry capsule at maturity and contains many round seeds, which are surrounded by a thin fleshy covering.

In India, the medicinal plant Kacholam (Kaempferia galanga) is increasingly being interplanted between Coconut (Cocos nucifera) plants in plantations. The increasing demand for this species and its suitability as a shade-tolerant plant for intercropping makes this a commercial viable option without a reduction of coconut yield.

Kaempferia rotunda is native to China, Taiwan, India, Indonesia, Malaysia, Myanmar, Sri Lanka, and Thailand where it is found in open grasslands. The genus Kaempferia contains 50 species that have a distribution throughout tropical Asia.

Another common name for Kaempferia is Resurrection plant, so named because the flowers appear to develop straight out of the ground, as the flower stalk is attached to an underground stem.