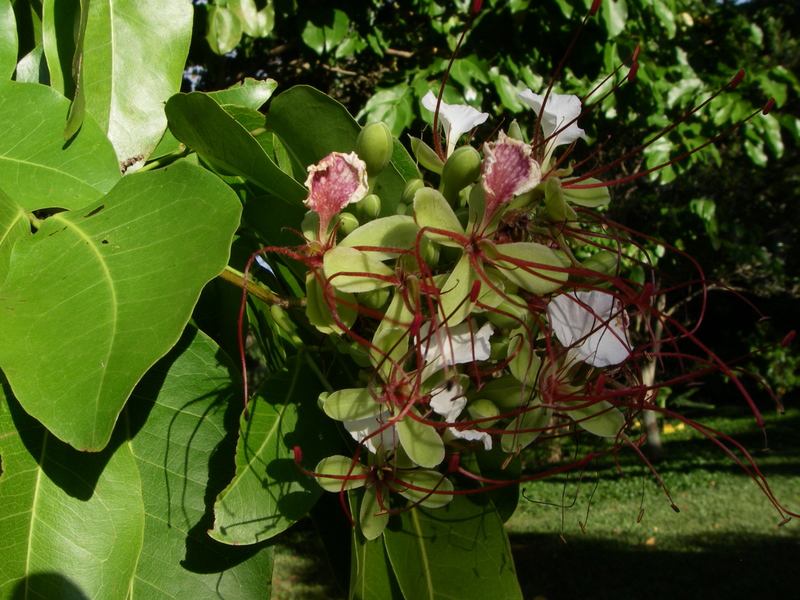 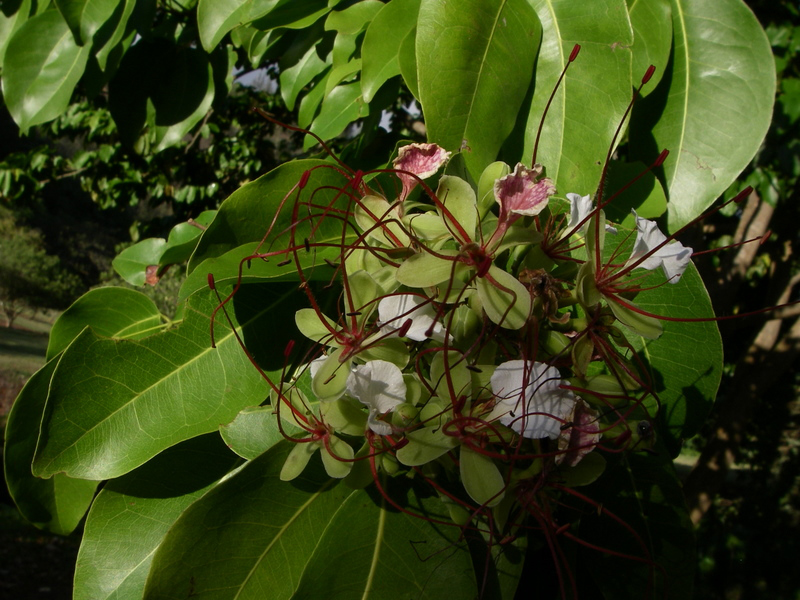 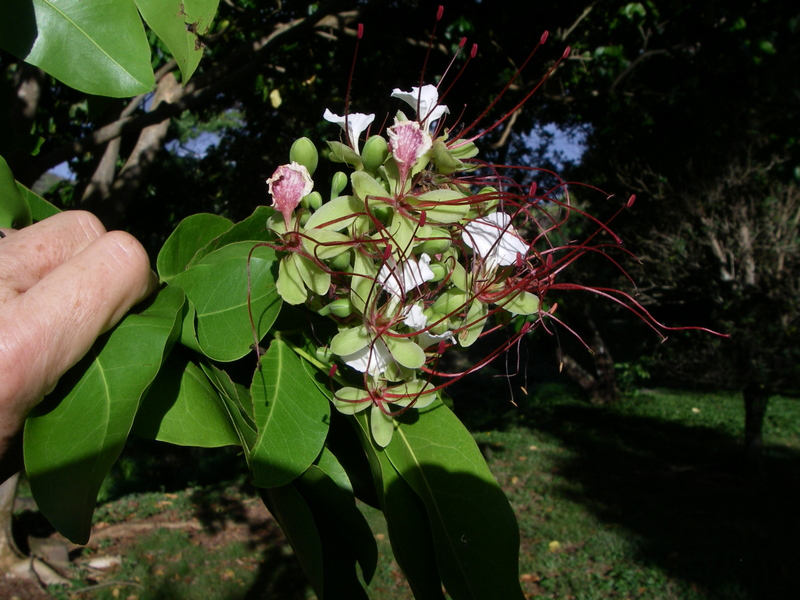 The bark and leaves of the ipil are used in traditional medicines.
Cite: Wikipedia.org
Native to the Indo-Pacific. It ranges from Tanzania and Madagascar east through India and Queensland, Australia to the Pacific island of Samoa.[1] It grows to around 50 meters (160 feet) tall with a highly buttressed trunk. It inhabits mangrove swamps.
Cite: Wikipedia.org
Due to extensive logging of the tree, it is endangered in many places in Southeast Asia, and almost extinct in some.
Cite: Wikipedia.org
The tree's timber, called merbau or kwila, is a very durable and termite-resistant wood, making it a highly valued material for flooring and other uses. The wood can also be used to extract a dye. Merbau can contain a "gold" fleck that runs through the grain, considered to be attractive by some.
Cite: Wikipedia.org

We currently have 26 herbarium specimens for Intsia bijuga in our collection. Click on any specimen below to view the herbarium sheet data.