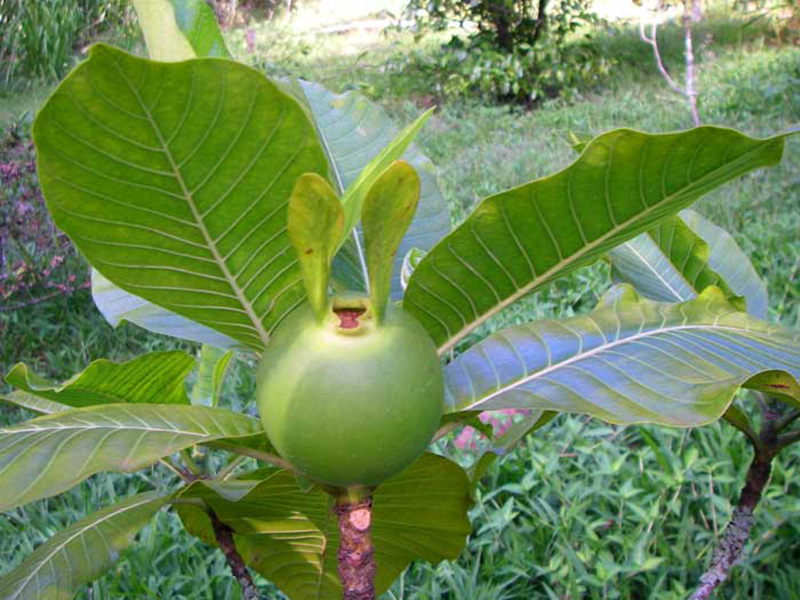 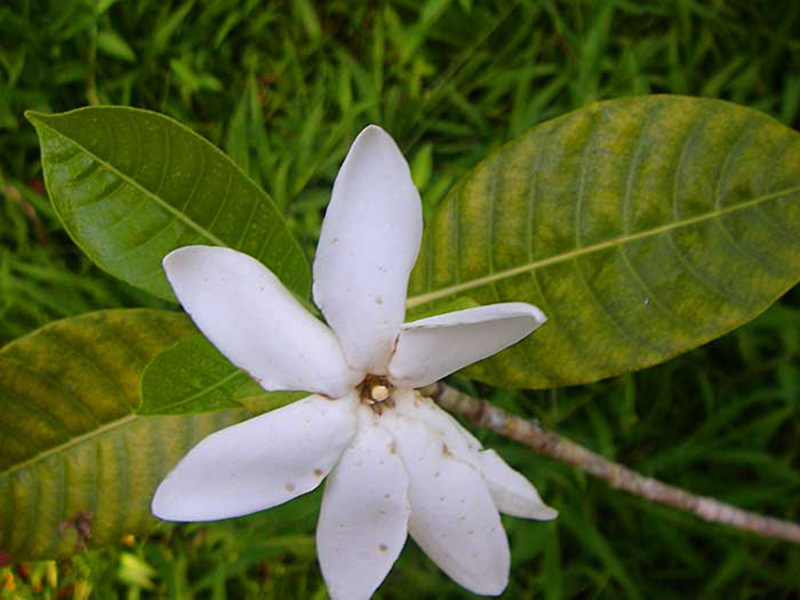 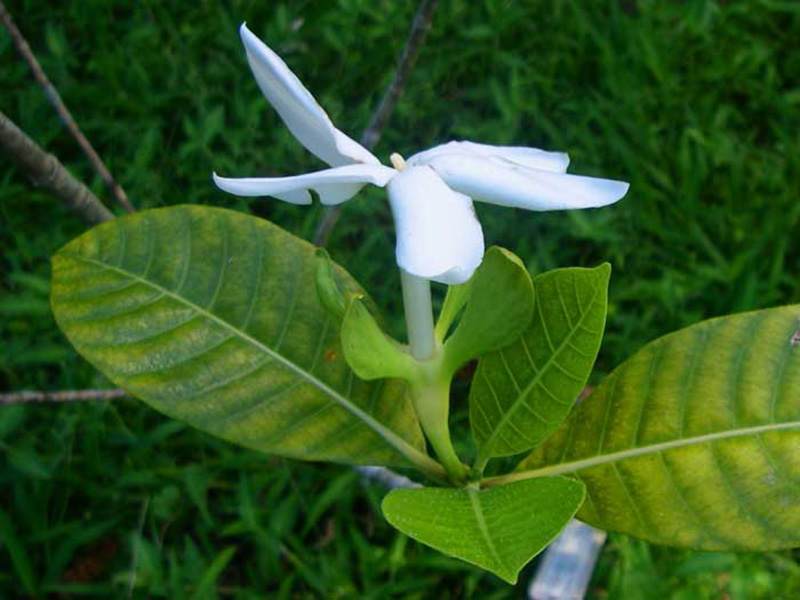 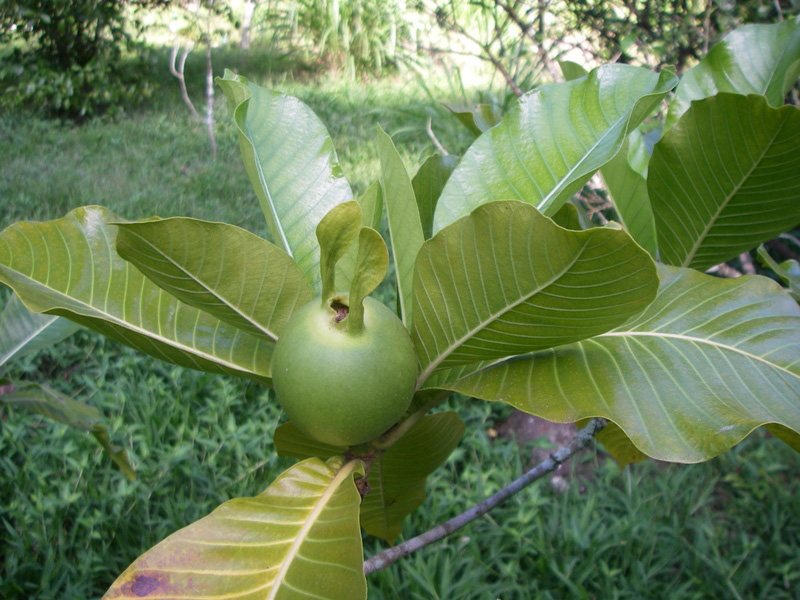 
This species is a small tree with a densely foliated crown. The branches of all Gardenia species are somewhat square in cross-section with leaves that are arranged in pairs opposite each other along the branches. The leaves are thick in texture and are wider at the middle or the upper half of the leaf blade. The white midveins and lateral veins are conspicuous against the dark green of the leaf bases. The white flowers are large and very shiny with a long tubular flower and lobes that are wider at the tip than at the base. The pollen producing structures known as the stamens are inserted into the floral tube and provide a contrasting yellow in the center of the flower. The fleshy orange fruits are round in cross section and lack ribs on the surface of the fruit. The persistent calyx lobes can often be seen attached to the top of the fruit. The fruit contain numerous seeds that are embedded in a fleshy pulp.

The wood of the native Hawaiian species, Gardenia brighamii, known by the Hawaiian name Nanu, was one of several native species used for the construction of anvils (kua kuku) traditionally used to beat kapa in Hawaii. The anvils made from Nanu were used for the second beating of the kapa and were up to 1.7 m long and 10 cm wide. In a practice unique to Hawaii a v-shaped groove was cut out of the base of the anvil so that each anvil produced different sounds during the beating of the kapa. The kapa beaters, known as i‘e kuku, were incised with traditional designs that imprinted the designs onto the kapa.

This species is one of three species endemic to New Caledonia where it is found in northern humid forests. The genus Gardenia was previously thought to contain up to 250 species but that number has now been reduced to approximately 60 species. Gardenia has a distribution in tropical regions of Asia, Africa, and the Pacific.

The fruit of Gardenia oudiepe are eaten by the New Caledonian pigeon (Ducula goliath), which is known locally at notou. Notou is found in humid forests of New Caledonia and where it is “fairly common” although it is currently categorized as “near threatened” by the IUCN. Notou is a frugivorous bird meaning that it diet is composed predominantly of fruit. Notou is traditionally hunted in Melanesia prior to the “yam feast” held in late February to early March although strict regulations are maintained for the duration of the hunt and quotas of birds permitted.

In naming the first Gardenia species (Gardenia augusta), John Ellis (the botanist who described Gardenia for the first time) wanted to honor Richard Warner who had helped propagate specimens of the plant in Essex, England. Warner refused to have the plant named after him as he insisted the plant was actually a jasmine species and not a new genus. The genus Gardenia was subsequently named after Alexander Garden of Charleston, South Carolina who was an American physician and botanist who corresponded with Carlos Linnaeus and John Ellis.

The genus Gardenia contains around 250 species with a distribution in the Old World tropics from Africa to Hawaii. Many species are widely cultivated, in particular Gardenia augusta, a species native to China, Japan, and Taiwan, is an ornamental plant that is popular on account of the large, fragrant flowers that change from white to orange with age.

We currently have 4 herbarium specimens for Gardenia oudiepe in our collection. Click on any specimen below to view the herbarium sheet data.