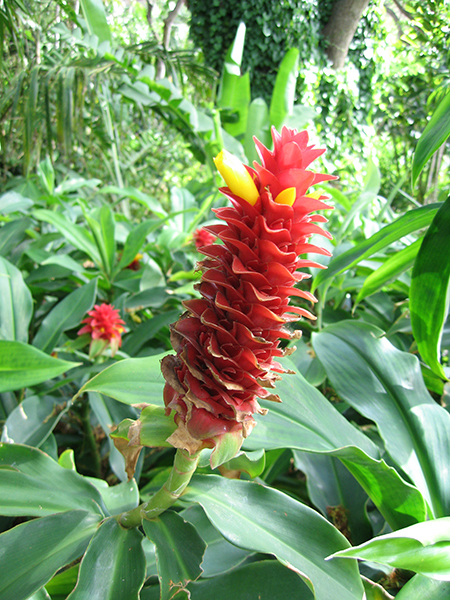 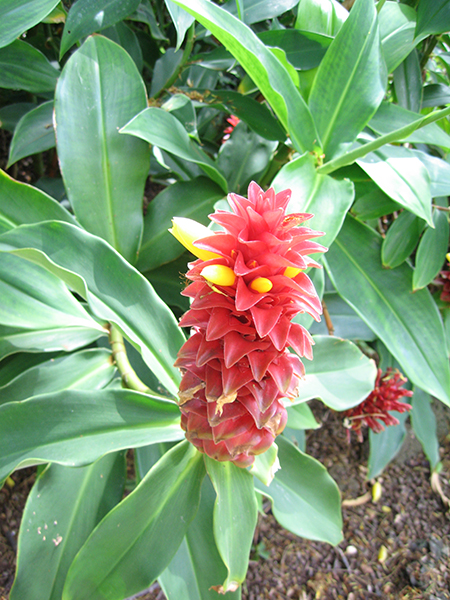 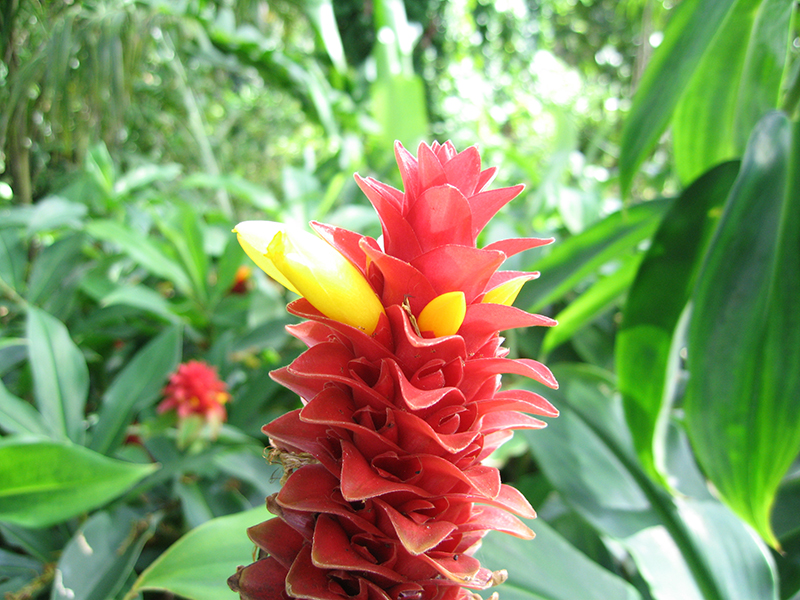 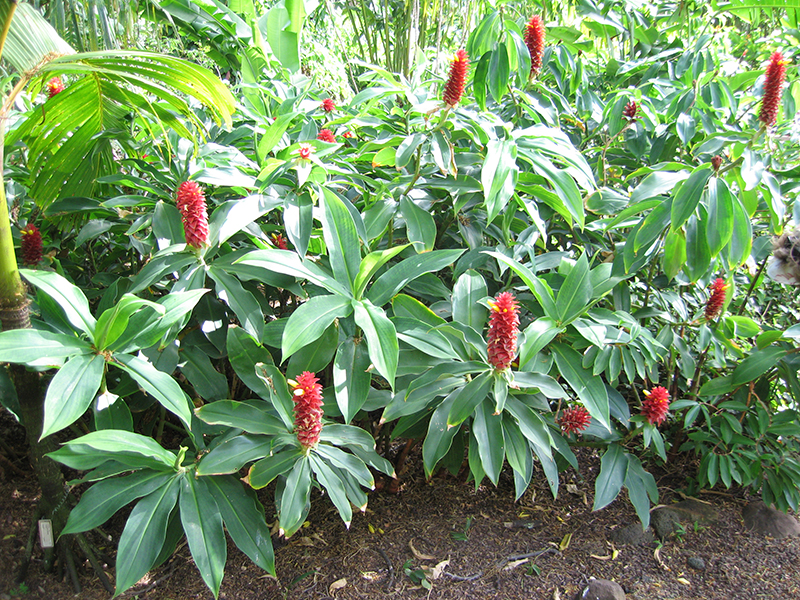 This perennial is a rhizomatous herb with green leaves that spiral around erect or arching cane-like stems that reach 3-5 feet tall. An attractive cone-like inflorescence is produced at the end of each stem, or sometimes near the ground, and is composed of numerous deep red, spirally arranged bracts. Bright yellow flowers are produced from the axils of the bracts, up to 3 or 4 simultaneously on each inflorescence.
Traditional Suriname herbalists recommend using an extract of the stem for treating gonorrhea, but they also prescribe it for the common cold, eye problems, and for use as a laxative. In Ayurvedic medicine, Costus is valued for its tonic, stimulant, and antiseptic properties. Some Costus species are said to have anodyne, antibacterial, antispasmodic, aphrodisiac, carminative, emmenagogue, and vermifuge properties and are used in the treatment of abdominal distension and pain, chest pains due to liver problems and jaundice, gall bladder pain, constipation, and asthma. It also stimulates the appetite.
In Tibetan medicine Costus is used to treat bloating, irregular menstruation, pulmonary disorders, and wasting of muscle tissues. The oil of Costus is used in treating rheumatism. Used as a hair rinse, the essential oil is said to retard the onset of gray hair
Red Tower Gingers make beautiful garden specimens or container plants for the garden or patio. The inflorescences are often used for tropical cut flower arrangements.

Costus comosus is native to Costa Rica.
Recent molecular studies have found that the large pantropical genus Costus is polyphyletic. It has been divided into four genera including three of which are new (Cheilocostus, Chamaecostus, Paracostus).

We currently have 2 herbarium specimens for Costus comosus in our collection. Click on any specimen below to view the herbarium sheet data.