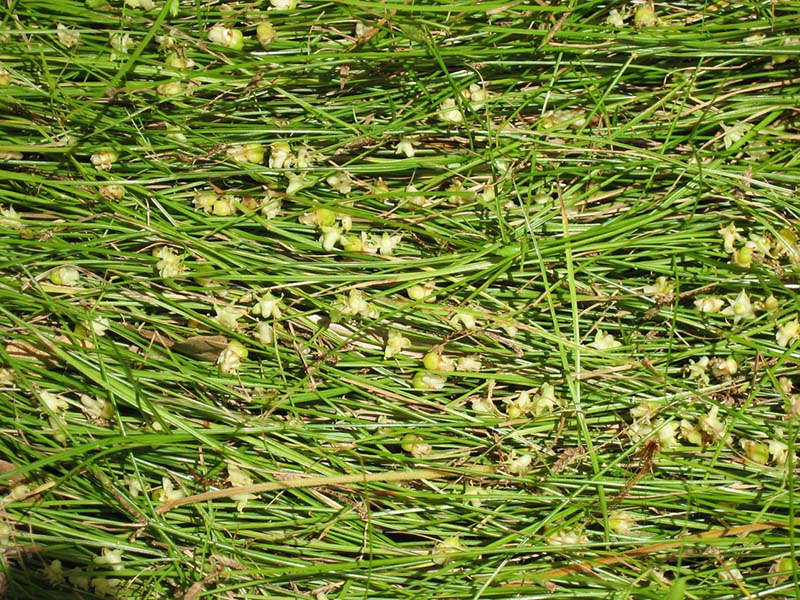 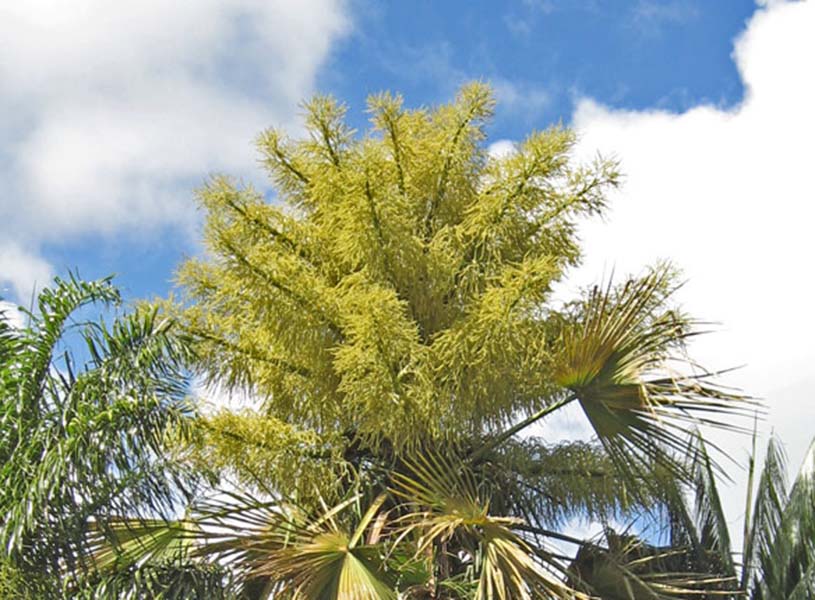 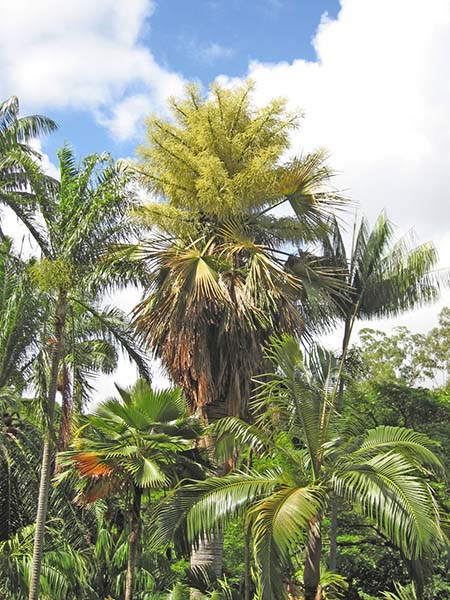 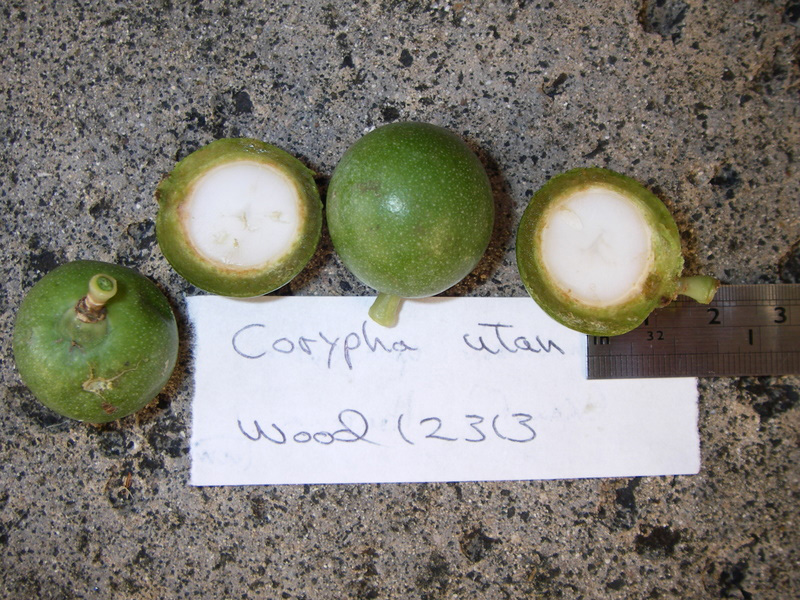 Corypha utan, also known by the common name Ibus, is a tall palm tree that grows up to 20 m in height. The leaves are fan-shaped, can grow up to 3 m wide, and are folded into pleats at the base of the leaf with distinct lobes in the upper half of the leaf. Ibus is monocarpic meaning that it produces a single inflorescence and then the plant dies. At maturity, which is generally reached after 30-50 years, it produces a single large branched inflorescence terminally on the stem that can be up to 5 m long. The inflorescence contains up to 1 million flowers that are fragrant with a strong, unpleasant odor, which is said to be similar to sour milk. This species is monoecious meaning that separate staminate (pollen producing) and pistillate (ovule producing) flowers are produced. The olive green to black fruit is 1 cm in diameter and has a fleshy fruit wall when immature which dries to become hard and fibrous as the fruit ripens.

We currently have 1 herbarium specimens for Corypha utan in our collection. Click on any specimen below to view the herbarium sheet data.