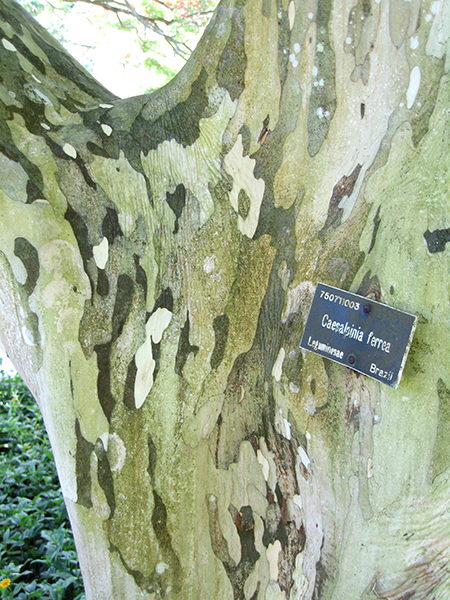 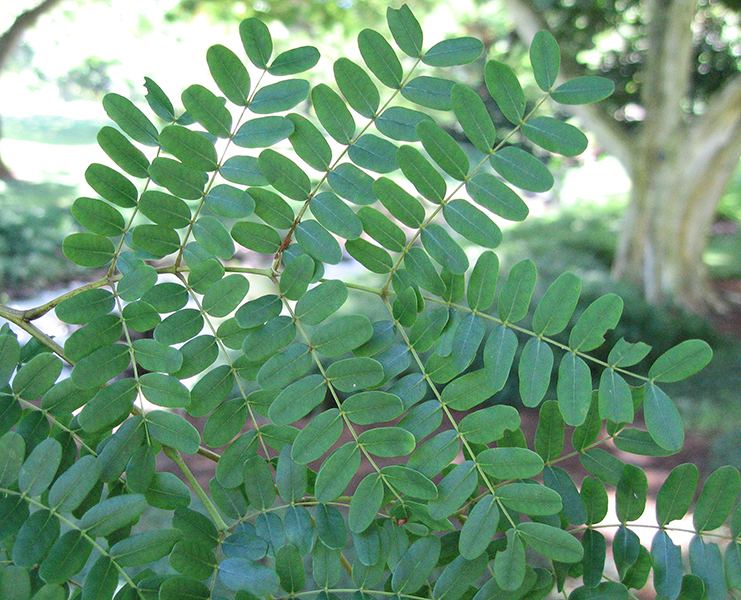 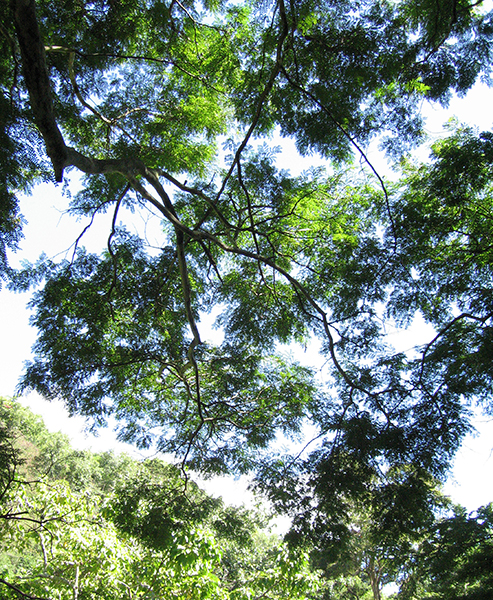 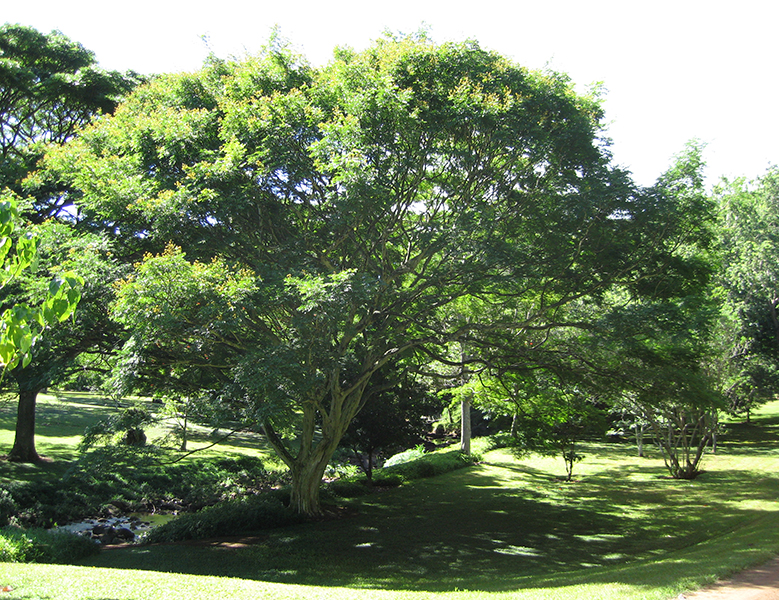 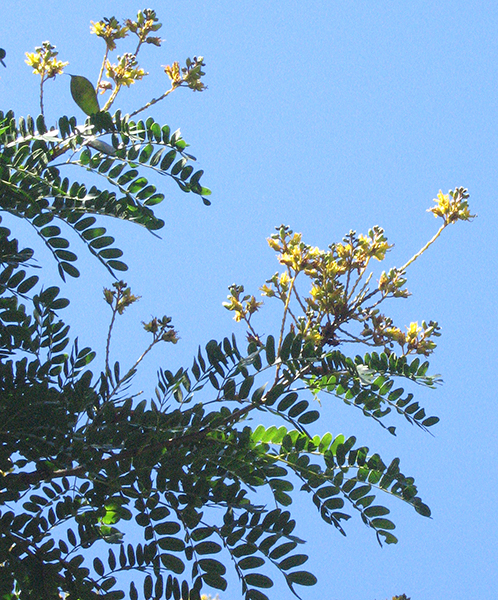 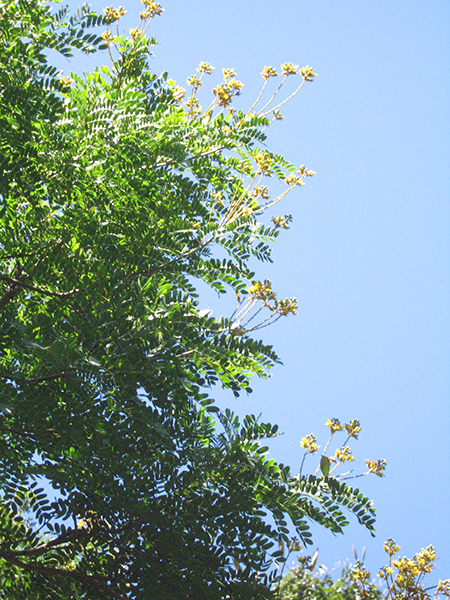 The Leopard tree grows up to 15m, forming a broad, flat-topped crown. The trunk is typically short, branching often close to the base. Although the diameter varies, at its maximum it ranges between 40 and 60 cm. The common name ‘leopard tree’ comes from the patch-work appearance of the trunk that results from the peeling bark, resembling the spots of a leopard. The leaves of the leopard tree are bi-pinnately compound (pinnate leaves that are themselves pinnate), 15-19 cm long. The individual leaflets range between 8-24 per pinnae. The flowers are bright yellow, typical of the Caesalpinioideae in form, appearing in terminal or axillary inflorescences. The seeds are dark brown, hard, and held in a flat pod.
Lorenzi, H. (2002) Brazilian trees: a guide to the identification and cultivation of Brazilian native trees. Instituto Plantarum de Estudos da Flora, Nova Odessa, SP, Brazil.

Within the scientific literature, C. ferrea has been shown to have potential for the treatment of internal ulcers and as an anti-inflammatory agent. Nakamura et al. (2002) screened fruit extracts from the species and found that three compounds extracted showed potent anti-cancer forming properties.

The very dense and durable wood of the leopard tree lends itself for use in general building and joinery. The tree is also used as a street tree in tropical climates.
Lorenzi, H. (2002) Brazilian trees: a guide to the identification and cultivation of Brazilian native trees. Instituto Plantarum de Estudos da Flora, Nova Odessa, SP, Brazil.

Brazil
Under no conservation threat.

We currently have 2 herbarium specimens for Caesalpinia ferrea in our collection. Click on any specimen below to view the herbarium sheet data.