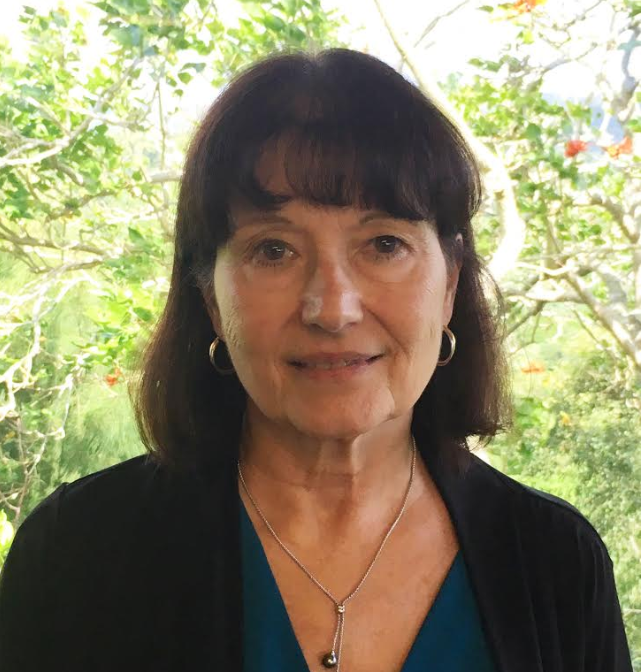 Chief Executive Officer and Director, Janet Mayfield assumed responsibilities in 2019, having served as CFO/COO 2003-2018 and Controller 1997-1999.

Ms. Mayfield has a B.S. in Accounting and has been a CPA for more than 20 years. She has extensive experience in management and finances of non-profit organizations and continues to serve on the boards and advisory committees of other non-profit organizations in the community. Ms. Mayfield also has been an instructor and lecturer at the local campus of the University of Hawai’i. 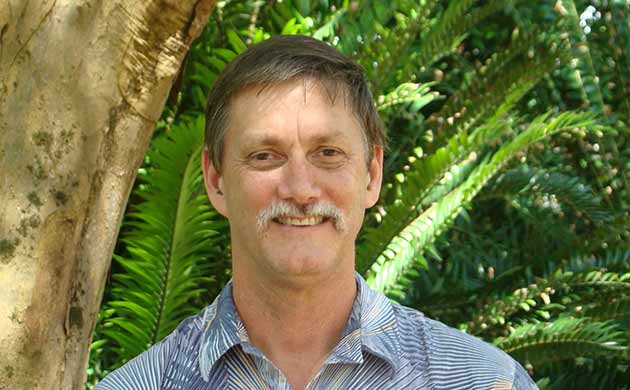 Mr. Wichman joined NTBG’s staff in 1976, after graduating from NTBG’s Horticultural Internship program. He spent his early career developing Limahuli Garden. During his time as Director there, he obtained a Special Subzone designation in the Conservation District for the entire Limahuli Valley, restored ancient taro terraces, developed a collection of rare and endangered native Hawaiian plants, opened the garden to educational tours, and added the 989-acre Limahuli Preserve. Subsequently Limahuli was named the Best Natural Botanical Garden in the United States by the American Horticultural Society.

In addition to his work in conservation and education, he has led efforts to perpetuate and preserve native Hawaiian culture with projects such as a four-year Indigenous Communities Mapping Initiative Project at Limahuli.

When he assumed leadership of the overall organization as CEO and Director in 2003, and later as President, Mr. Wichman brought renewed focus to NTBG’s conservation and horticulture efforts, and to the native Hawaiian culture.

On January 1, 2019, Mr. Wichman stepped down from the CEO and Director positions but retained the role of President. 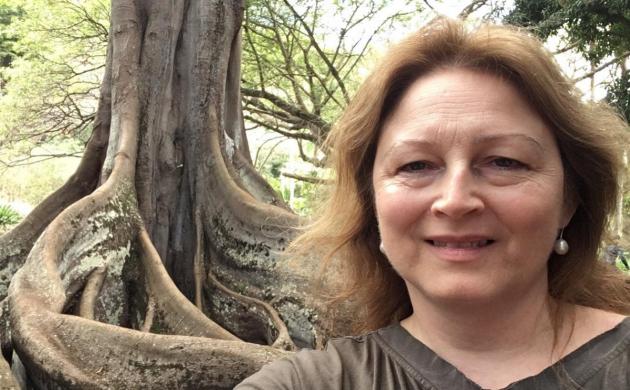 – Director of Science and Conservation

As Director of Science and conservation for the National Tropical Botanical Garden, Dr. Rønsted oversees the strategic development of science and conservation at the Juliet Rice Wichman Botanical Research Center (BRC) at NTBG’s national headquarters in Kalāheo, Hawaiʻi on the island of Kauaʻi. Dr. Rønsted came to NTBG in August 2019 from the Natural History Museum of Denmark, University of Copenhagen where she served both as Professor and Curator of Vascular Plants and Director of Science. She has a Ph.D .degree from the University of Copenhagen, Denmark, and has held research fellowships at the Royal Botanic Gardens Kew in the UK and at the University of Minnesota. Dr. Rønsted’s research is interdisciplinary and centered on the evolution of plant diversity and the relationship between people and plants including field work in multiple countries. In addition to being devoted to understanding and conserving the world’s plants, Dr. Rønsted is an enthusiastic science communicator. 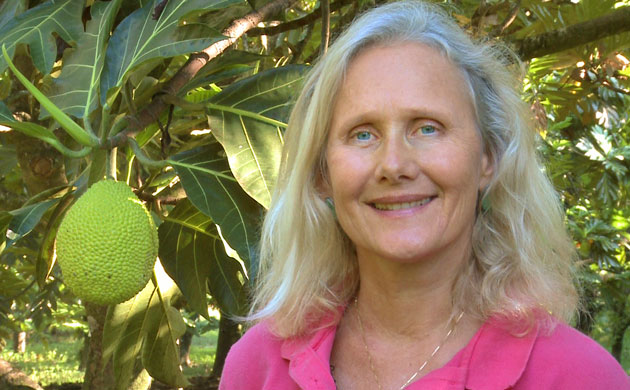 – Director of the Breadfruit Institute

Dr. Ragone was appointed Director of the Breadfruit Institute in 2003 and has worked at the National Tropical Botanical Garden since 1989. She is an authority on the conservation and use of breadfruit, conducting horticultural and ethnobotanical studies on this important Pacific staple crop for 30 years. Her extensive fieldwork on more than 50 islands in Micronesia, Polynesia, and Melanesia enabled NTBG to establish the world’s largest collection of breadfruit. The Breadfruit Institute was created to promote the conservation, study, and use of breadfruit for food and reforestation. 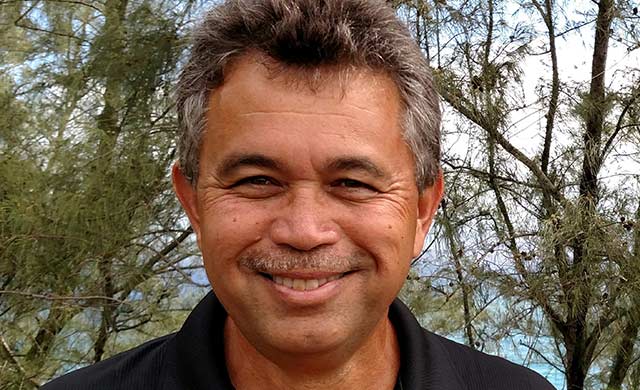 Mr. Michael “Mike” DeMotta has served as head curator for living collections for NTBG organization since the latter part of 2006. He previously served as Horticulturist and then Manager of Living Collections at NTBG’s Limahuli Garden and Preserve.

Mr. DeMotta was born and raised in Honolulu and attended the University of Hawai’i. His interest in horticulture was inherited from his family, and he began growing orchids and ferns at the age of 12. His exposure in school to Hawaiian studies and the art of hula led to a keen interest in native Hawaiian plants, which he began growing in earnest in 1997. During this time he developed many of his own techniques to germinate plants from seeds and cuttings which were otherwise difficult to grow.

In addition to curating the collections for all of NTBG’s gardens and preserves, and overseeing plant records, Mike is responsible for other activities in the Lawa’i Valley Conservation and Horticulture Center, including plant production. 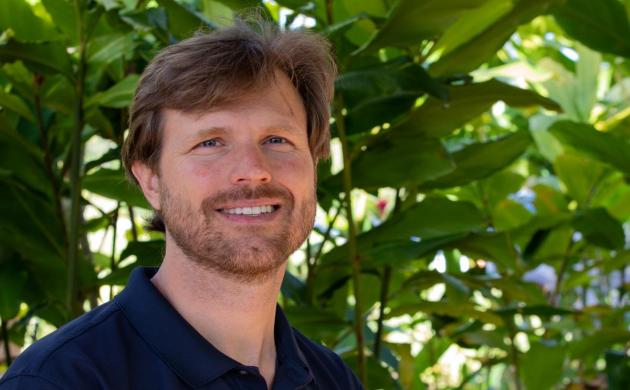 Tobias Koehler joined NTBG’s staff in February 2016 as director of its gardens on the South Shore of Kaua’i. A member of NTBG’s senior management team, he is responsible for the activities within the McBryde and Allerton Gardens, including horticultural care and visitor program, as well as facilities upkeep for these gardens and NTBG’s adjacent headquarters campus.

Mr. Koehler spent nearly a decade in the private sector as an environmental planner, project manager, and operations manager. In addition to his extensive experience in the for-profit world, he has a strong background in non-profit management as well as in marketing, business development, business process improvement, budgeting, financial management, resource management, and contracting.

After completing an undergraduate degree in biology from the University of California at Berkeley and conducting botanical research in Panama and French Polynesia, Mr. Koehler relocated to Hawai’i and earned a Master’s degree in botany and one in business administration. 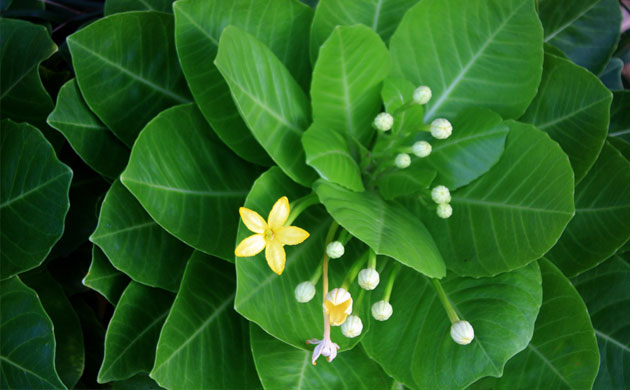 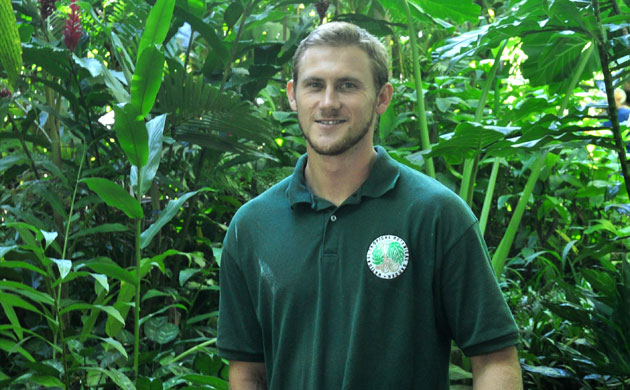 – Director of Kahanu Garden and Preserve

Mr. Michael “Mike” Opgenorth came to NTBG in February 2015 with a wide set of skills. In addition to his lifelong background in horticulture, Mr. Opgengorth holds a bachelor’s degree in business administration. He also earned an academic minor in Plant Production/Plant Management from the College of Tropical Agriculture and Human Resources at the University of Hawai’i.

Prior to joining the NTBG team as director of the organization’s Maui garden, Mr. Opgenorth served in numerous capacities at the Hawai’i Department of Agriculture where he worked with a wide range of stakeholders at all levels in Hawai’i’s agriculture community. In his spare time, he works as a tropical plant advisor for a garden lifestyle application, identifying plants from all over the tropical world as well as plant diseases and plant pests. 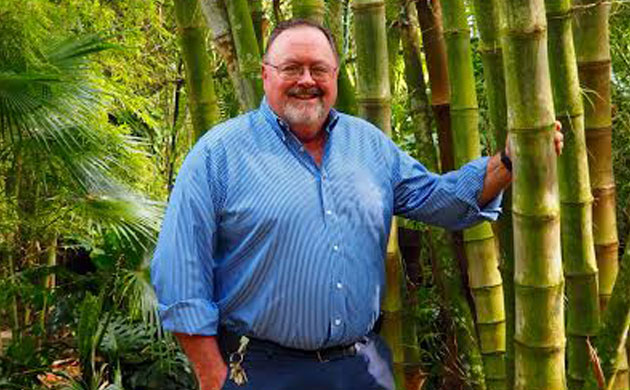 – Director of The Kampong

Mr. Craig Morell was appointed Director of NTBG’s Florida garden in October 2017, having joined NTBG’s staff the previous January as Curator of Living Collections at The Kampong. Inspired by David Fairchild’s book “Garden Islands of the Great East”, Mr. Morell began his career in horticulture in 1974 and earned a degree in Ornamental Horticultural at the University of Florida-Gainesville. He worked as a nursery inspector for the Florida State Department of Agriculture before managing an orchid grower company and spending a decade as a resort horticulturist. Prior to coming to NTBG, Craig served as horticulturist for Pinecrest Gardens in Florida. 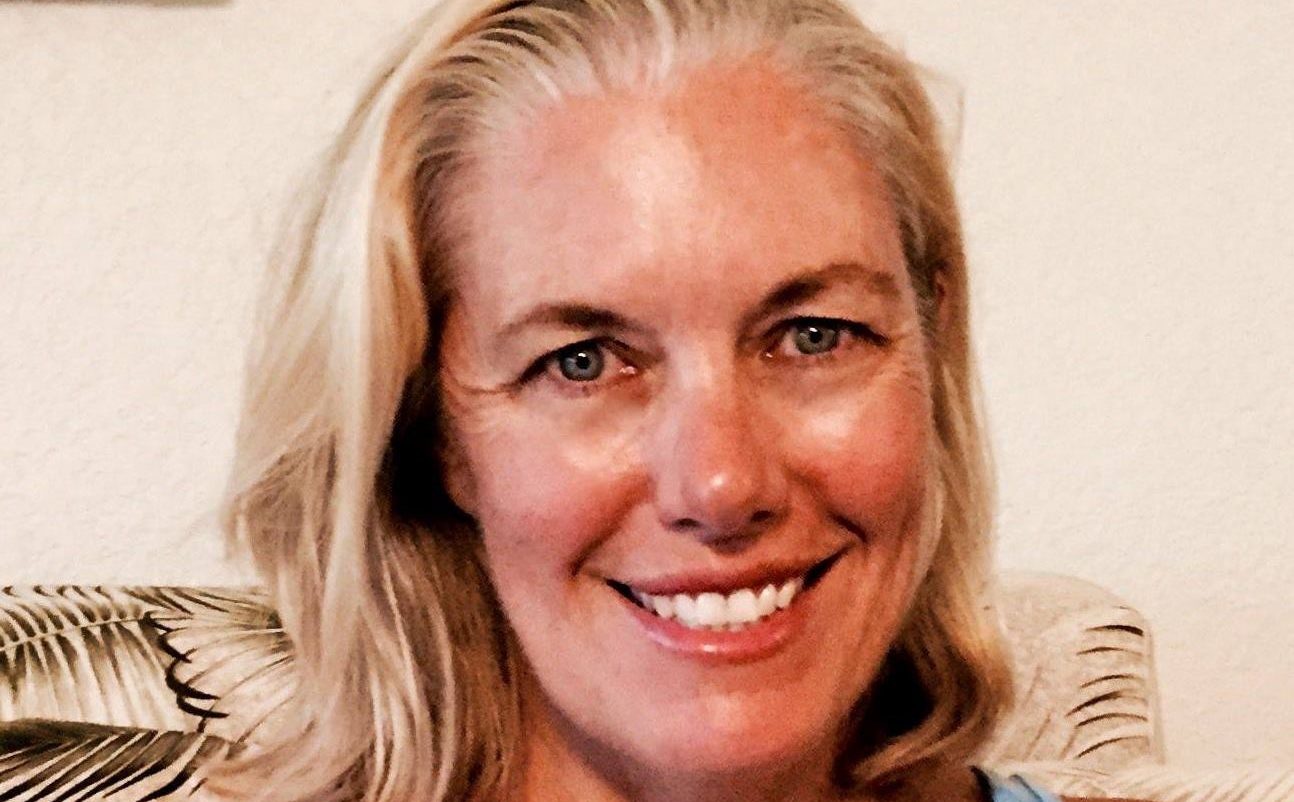 Heather George joined NTBG as Director of Philanthropy in March 2019. Ms. George has over 20 years of experience working with environmental non-profit organizations as a fundraiser and event coordinator. She is passionate about environmental conservation, science-based resource protection, and communicating the importance of the natural world. Prior to NTBG, Ms. George served as Grants Manager for Waterkeeper Alliance. Previously based in Southern California, she is a graduate of UCLA and has lived on Kauai since 2014.