Breadfruit originated in New Guinea and the Indo-Malay region and was spread throughout the vast Pacific by voyaging islanders. Europeans discovered breadfruit in the late 1500s. They were amazed and delighted by a tree that produced prolific, starchy fruits that, when roasted in a fire, resembled freshly baked bread in texture and aroma. 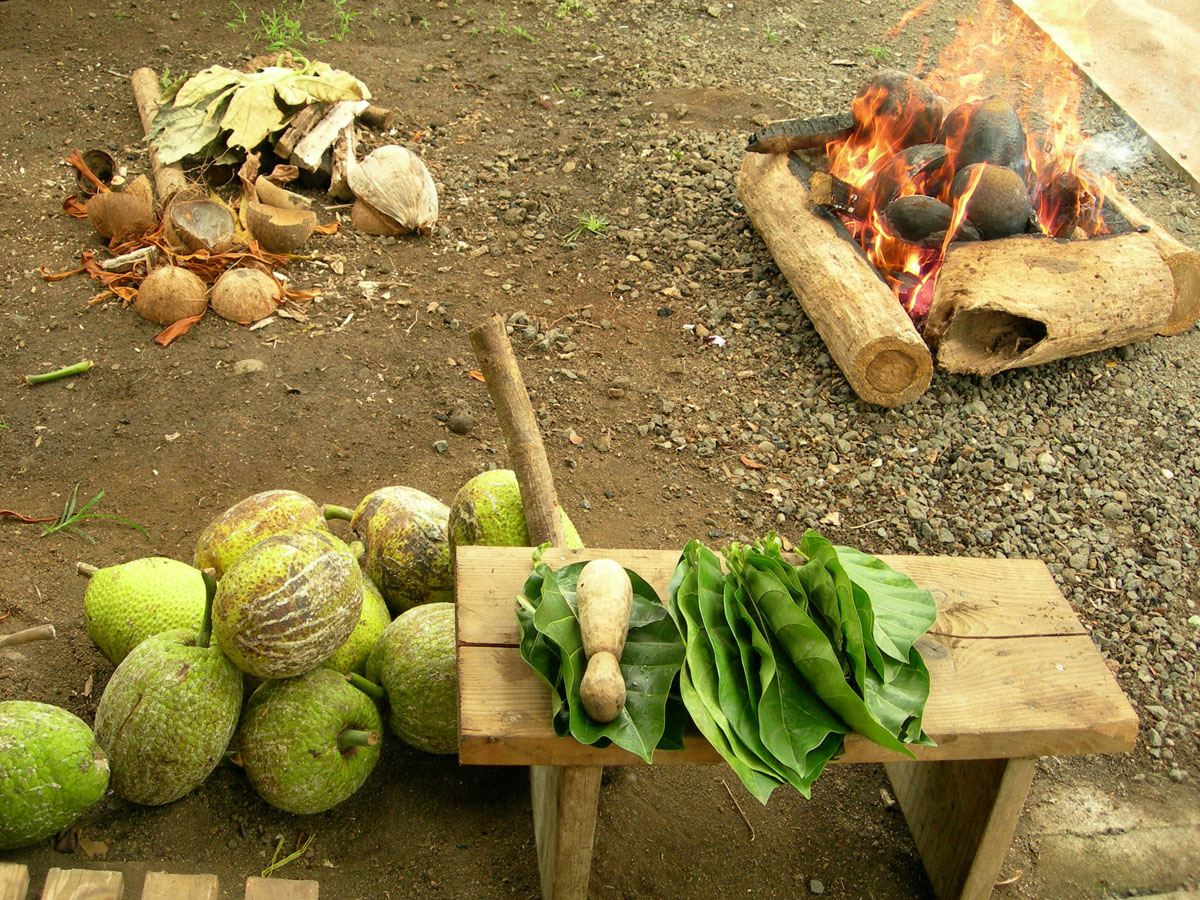 “regarding food, if a man plant 10 (breadfruit) trees in his life he would completely fulfill his duty to his own as well as future generations…” 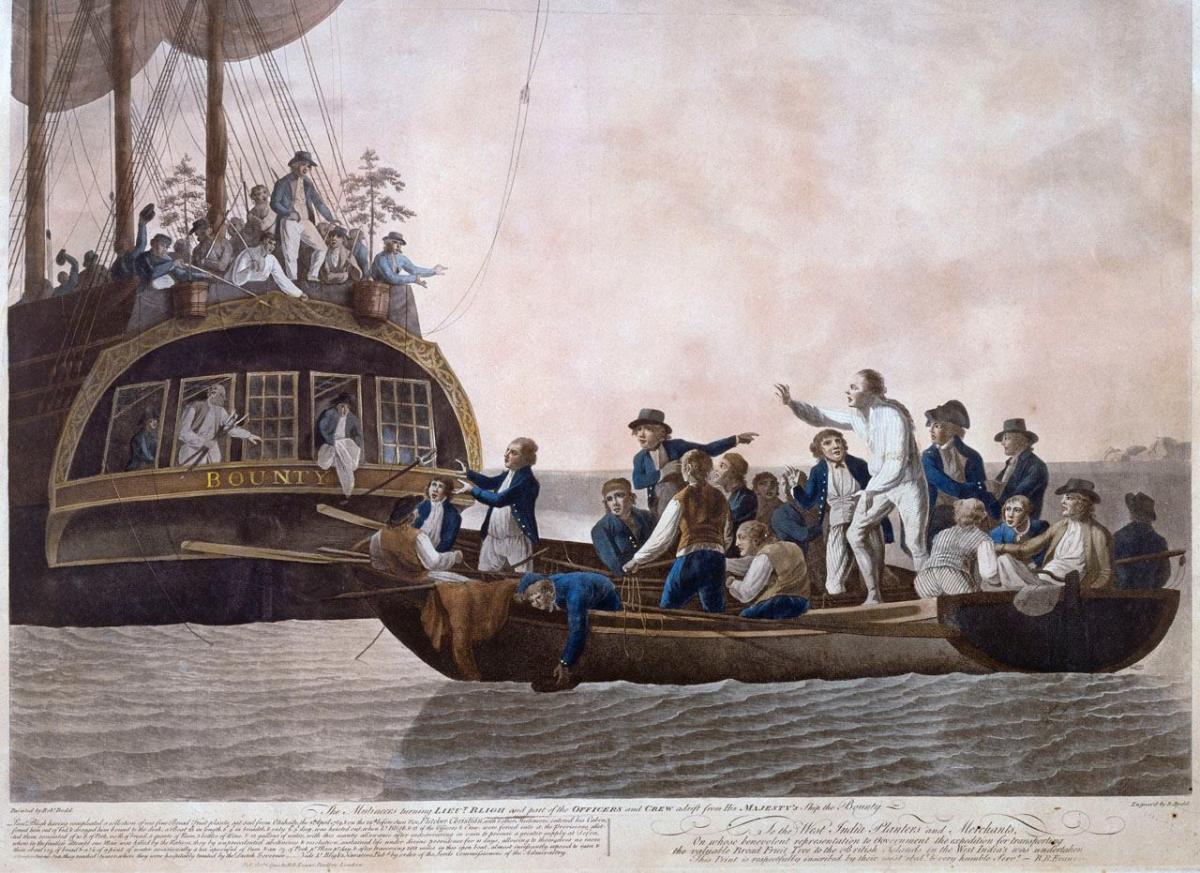 Sir Joseph Banks, who sailed on HMS Endeavour with Captain Cook to Tahiti in 1769, recognized the potential of breadfruit as a food crop for other tropical areas. He proposed to King George III that a special expedition be commissioned to transport breadfruit plants from Tahiti to the Caribbean. This set the stage for one of the grandest sailing adventures of all time. The ill-fated voyage of HMS Bounty 1787-89, under the command of Captain William Bligh, is an extraordinary tale of mutiny, deceit, courage, and sailing skill. Unfortunately, the hundreds of breadfruit plants collected in Tahiti were all tossed overboard by mutineers. 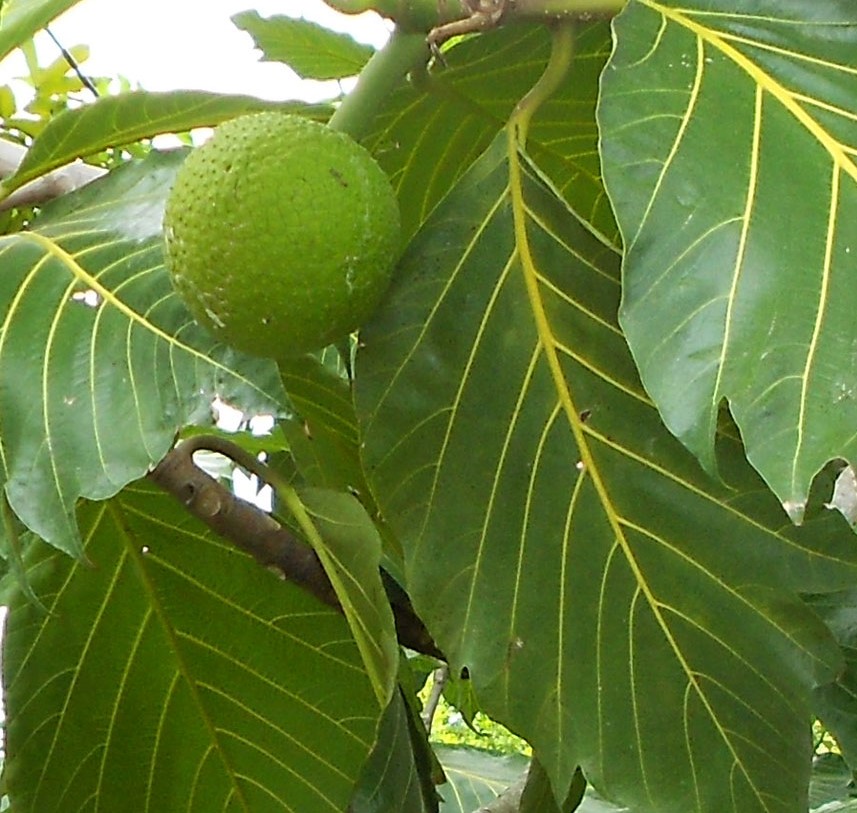 What is little known, is that Captain Bligh returned to Tahiti on the aptly named HMS Providence to continue the breadfruit voyage. Several Tahitian varieties, and an unknown variety from Timor, were successfully introduced to the Caribbean in 1793, first to the botanic garden on St. Vincent and then to botanic gardens at Bath and Spring Garden and other locations in Jamaica. While many accounts dismiss this epic plant introduction as a failure because this unknown crop was not initially accepted by the islands’ population as a food, subsequent decades and centuries have proved the value of breadfruit to the Caribbean and other tropical areas. 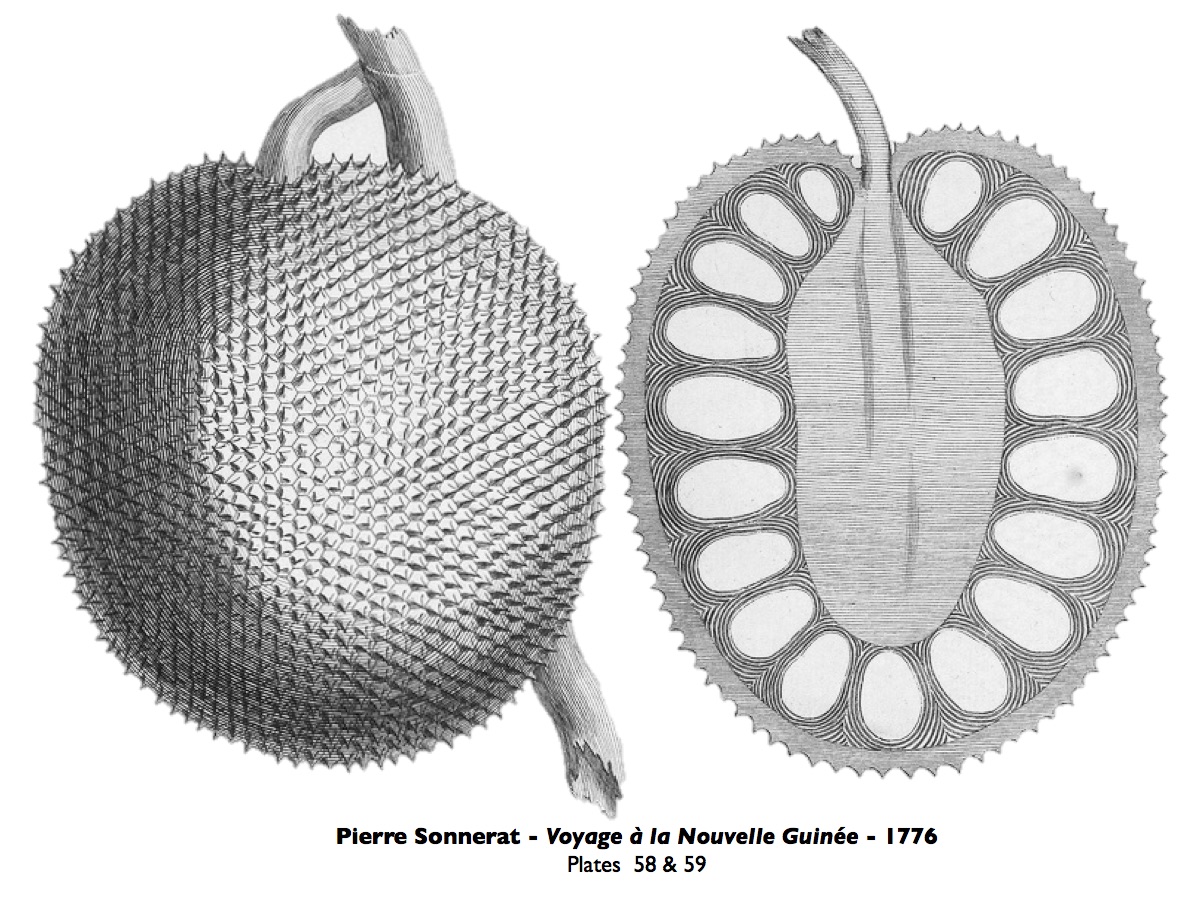 The British were not alone in their efforts to bring the breadfruit to their tropical colonies. The French centered their plant introduction efforts at the Pamplemousse Botanical Garden in Mauritius. The breadnut (Artocarpus camansi) was collected in the Philippines in 1776 and sent to French colonies in the Caribbean and elsewhere in the 1780s onwards. A seedless Tongan breadfruit variety, known as kele kele, reached Martinique, Guadeloupe, and Cayenne, French Guiana by the late 1790s.

These few breadfruit varieties, and breadnut, made their way to other tropical areas, and today are grown in 90 countries worldwide.

Help increase awareness about what threatens native flora and learn how we can save plants and people together. Read stories and explore free resources to get involved, or further critical plant conservation efforts with a gift of support. Learn more

Our Spring Sale Has Started

The Need is Upon Us

Approximately one million plant and animal species are threatened with extinction worldwide. Now more than ever, the need is upon us to protect plants and unlock solutions to the environmental challenges we face. Donate today.

Planning to visit an NTBG Garden this season? Capacity is limited. Book your tickets now to ensure availability and have the best experience.